You can now take one home off the showroom floor.

KTM has been killing it in the small to mid-displacement segment across multiple platforms lately. With the global launch of the 390 Adventure garnering generally positive reviews, it's understandable that KTM would want to capitalize on its other smaller platforms, particularly for the Asian market.

Prior to launching in the U.S. a couple of months ago, the previous generation 200 Duke had been a best seller in Asia for the better part of seven years. Understandably so, given the fact that it's just the right combination of light and punchy to make a decent all-rounder. The same story goes for the KTM 250 Duke, which dominated the A2 segment in European markets. To complete the 250 platform, KTM has introduced the 250 Adventure, Big Orange's smallest adventure touring bike in its lineup.

Tipping the scales at just 389 lbs, the bike's power delivery feels rather potent, considering the fact it's just powered by a 248cc single cylinder. Rated at 29.6 horsepower, the 250 Duke comes close to the power output of BMW G 310 GS at 33.5 horsepower, and smashes the Royal Enfield's measly 24.5 ponies. The KTM 250 Adventure does, however, make it clear where KTM cut some corners in order to bring the price down. For instance, as opposed to its larger sibling, the 390 Adventure, it misses out on the striking twin LED headlight and the fancy TFT display. Nonetheless, the 250 Adventure still provides pretty irresistible bang for your buck. 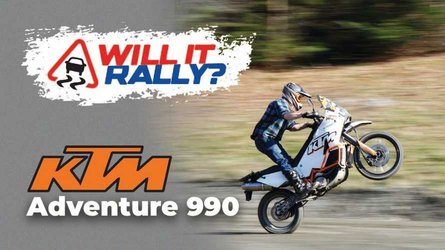 Yes, The KTM 990 Adventure Will Rally 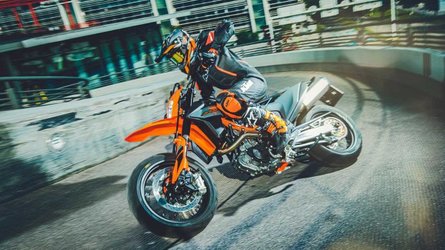