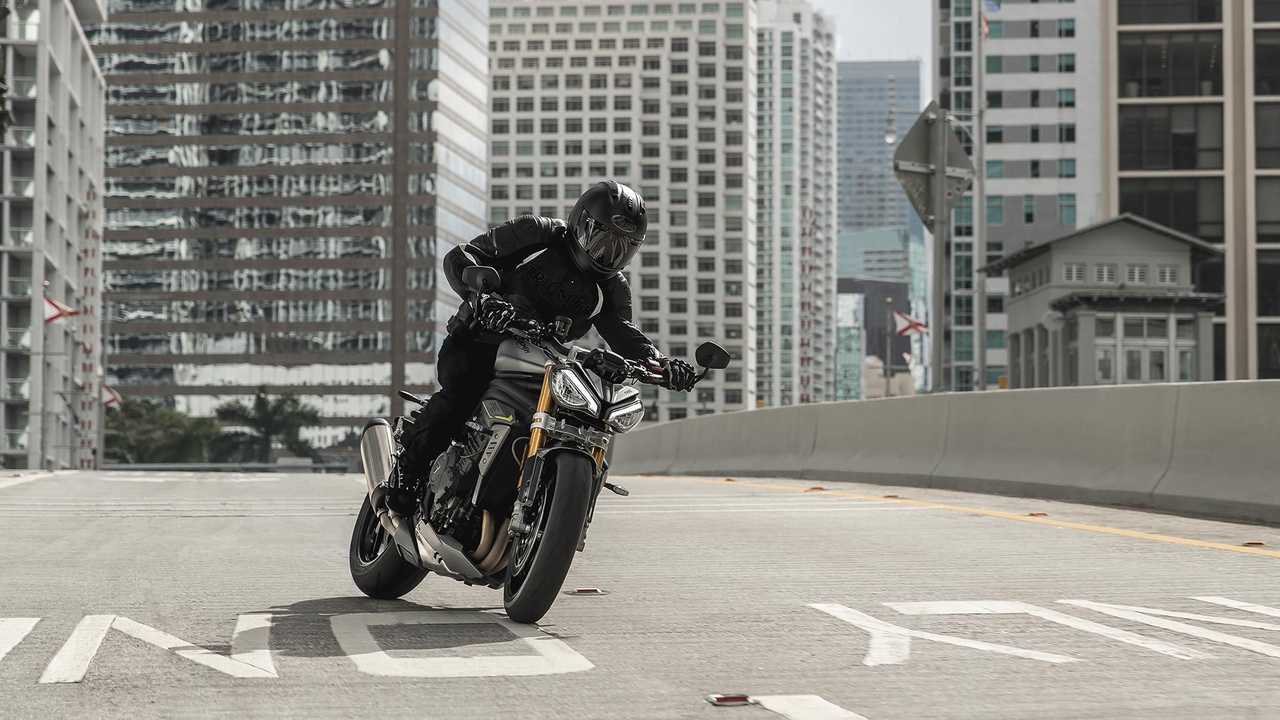 Satisfy your need for Speed.

Triumph has rocked the high performance naked segment with the launch of its highly anticipated liter-class naked street fighter in the form of the Speed Triple 1200 RS. The 2021 iteration of this high performance naked bike is equipped with a 1,160cc inline-three cylinder engine. This affords it tons of power and a whole lot of torque making it one of the fastest bikes in Triumph's arsenal.

That being said, is the Philippines ready for yet another showstopper in the naked bike segment? With bikes like the Kawasaki Z H2 and the Yamaha MT-10 taking center stage at the moment, can the Speed Triple 1200 RS triumph (pun intended) over the Japanese super nakeds? Well, we will soon find out as Triumph has announced that it will indeed launch the new high performance naked bike in the Philippine market. Priced at an eye-watering PHP 1,195,000 it's a few hundred grand more expensive than the Yamaha and Kawasaki. In fact, it's priced nearly as much as a Ducati Streetfighter V4.

Having said that, money isn't usually an issue when it comes to folks who gravitate towards bikes like these. It's how crazy these bikes are that makes people spend big bucks on what are essentially fast and fancy toys. Well, this 'toy' is powered by a 1,160cc inline triple derived from Triumph’s Moto2 race engine. This updated mill is rated at a staggering 180 horsepower thanks to a revised ignition system that makes use of twin-tip spark plugs. A lighter and more efficient cooling system has also been developed, consisting of an integrated oil circuit heat exchanger.

The Speed Triple 1200 RS will be offered in two colorways: Sapphire Black with red and silver accents, and Matt Silver Ice with silver and yellow accents. As expected, the bike is decked out in a slew of trick componentry. For starters, lighting consists of an all-LED unit up front, as well as similarly styled DRLs as that of the Street Triple RS. The taillight, and self-cancelling turn signals are all LED, as well. It gets a 5-inch full-color TFT display which serves as the means by which the rider can configure the bike’s various settings.

Equipped with a six-axis IMU, the Speed Triple is outfitted with cornering traction control, cornering ABS, and 5 riding modes. It even gets wheelie control, cruise control, and the My Triumph Connectivity System for you to pair your smartphone with the bike’s advanced computer system. Triumph Philippines has already opened bookings for this bike, and we can expect deliveries to commence in the coming months.

More About The Speed Triple: