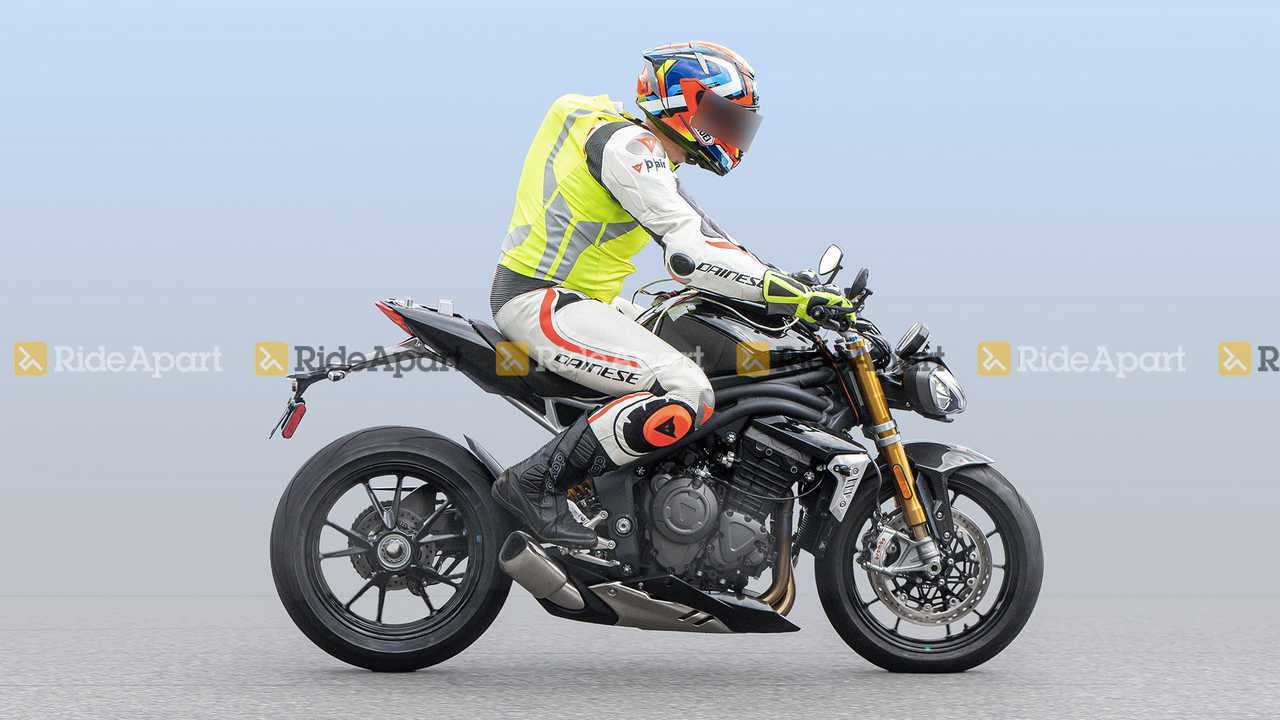 This triple went to the gym.

When Triumph updated the Street Triple in 2019, we figured that the bigger Speed Triple wouldn’t be far behind. Sure enough, a few months later, in the summer of 2020, a test mule of the new streetfighter flagship was spotted being tested on the road in the U.K. We knew the bike was coming, it was only a matter of figuring out when it would show up.

Triumph answered the question when it announced that the new Speed Triple 1200 RS would be formally introduced on January 26, 2021. Until we find out what the British marque has in store for us with its new 1200, let’s take a look at the things we already do know about it.

Based on the spy shots we shared last summer, we already suspected that Triumph was planning to fit it with a new, bigger mill. The company confirmed our suspicions when it released the new Speed Triple 1200 RS’ teaser.

The bike’s updated specs sheet was apparently picked up from a U.K. dealer and leaked on the internet, The specs revealed that the new-generation Triple should, in fact, rock a new 1,160cc engine rated at  178 horsepower. If confirmed at the launch, we’re looking at a staggering 30-horsepower boost over the outgoing generation and its 1,050cc engine.

Though Triumph already has a 1200 model in its Tiger family, chances are the engine is going to be new from the ground up to better fulfill the Triple’s more athletic role in the lineup.

The test mule in the spy shots also hinted at an updated twin-spar frame, a redesigned belly pan, as well as a new exhaust fitted with a shorter muffler. The suspension setup is also more aggressive-looking with the bike tipped forward and sitting lower on the fork teamed with a new single-sided swingarm design.

At the time, we expected the new bike to launch before the end of 2020. We were off by a few weeks as the House of Hinckley decided to introduce it at the beginning of 2021 instead. With the Trident 660 and Tiger 850 Sport launched in the fall, we can’t blame the company for spreading the fun out. The new 2021 Triumph Speed Triple 1200 RS' launch event is going to stream live from England on January 26, 2021, at 7 a.m. ET/4 a.m. PT so stay tuned for more information about the bike.