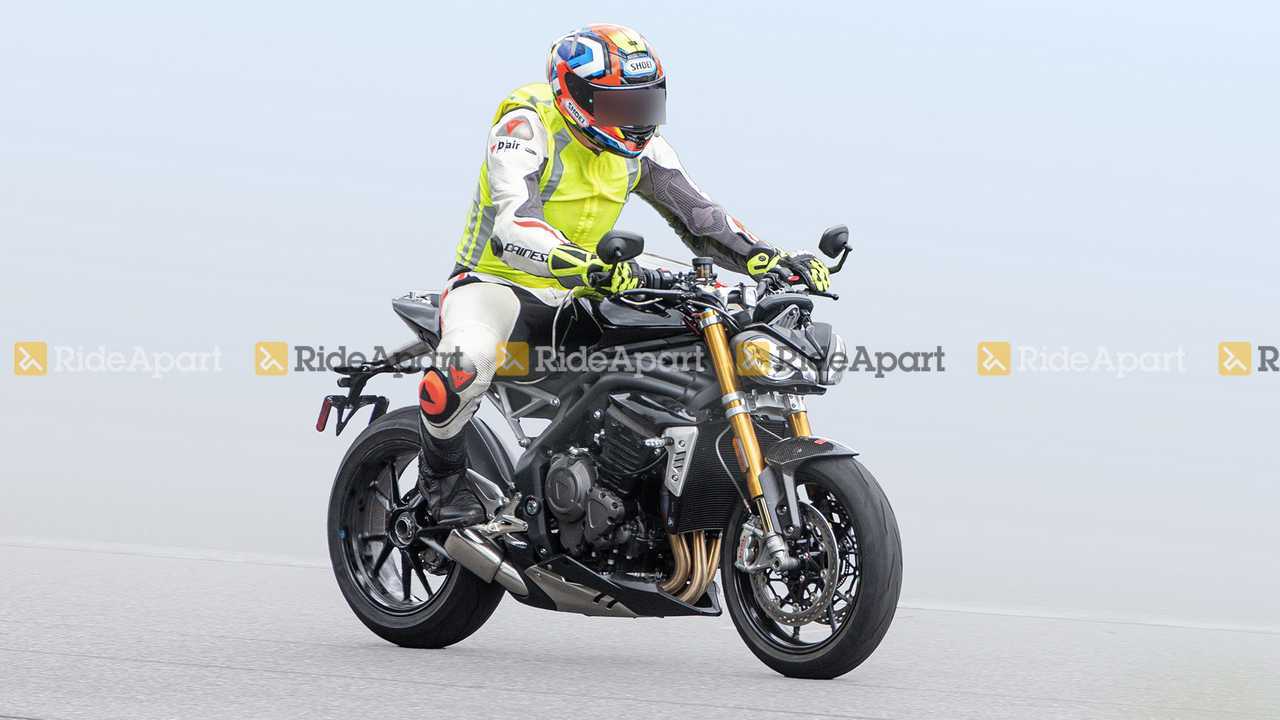 In 2016, Triumph introduced the latest-generation Speed Triple armed with a new Euro 4-compliant, 1,050cc mill. For its 21st birthday, the Speed received a few well-deserved upgrades, including 104 engine tweaks to improve the inline-triple's performance.

Fast-forward four years and Europe is now rolling out the stricter Euro 5 emissions standards, forcing manufacturers to thoroughly upgrade their fleets. For Triumph, this means sending the Speed Triple back to the drawing board once again, and this time, rumor has it that the engine is getting bigger in the process.

For the past year or so, several news outlets, including our colleagues over at the Bike Social, have been suggesting that a new-generation Speed Triple is in the works and that a new, bigger engine is on the list of features. It looks like they’re onto something because a recently spotted Speed Triple test mule looks like it’s rocking more than just a fresh face.

Like the Street Triple introduced at the end of 2019, it looks like the next-generation Speed Triple will also receive a little facelift of its own. The mantis-like, dual-lamp cluster design remains the same, however, the light pods now look “angrier” with their frowning LED strips and slimmer profile. The tail is pointier and upswept, giving the bike a more aggressive, leaned-forward silhouette.

The twin-spar aluminum frame’s design has also been subtly altered, now with an added pillar connecting the frame’s dual tubing. As for the trellis subframe, it remains seemingly unchanged. The belly pan has been redesigned as well and the three-into-one exhaust pipe is now shorter, with the tip positioned right under the rider’s right feet rather than next to the pillion. The bike also seems equipped with a different, sportier (read: lower) fork, and a new single-sided swingarm design.

Even more interesting is the seemingly new engine. At least to the naked eye, the block looks very different from the current 1,050 engine. Not only has the overall shape of the block changed, but the look of the crankcase and clutch cover has as well. This would be consistent with the rumors of a new 1,160cc engine.

So far, Triumph has been pretty diligent introducing new and updated models to its lineup towards the end of the summer or the beginning of Fall so we could potentially expect a new Speed Triple to launch in the upcoming weeks. If not by then, surely before the end of the year.