Is the Yamaha F-155 Concept The Most Badass Moped Ever?

Winglets on a Moped?

The future of the moped seems to be taking a more sporty turn. Well, that’s what Yamaha thinks at least, with their sleek and race-inspired F-155 concept. Showcased during the launch of the 2021 Yamaha Exciter underbone motorcycle in Vietnam, the F-155, just like the Exciter, is also a moped, albeit turned up to eleven.

Developed by Yamaha Japan specifically for the Asian market, the F-155 concept is an entirely new platform. A report from iMotorike suggests that a total of $100,000 USD was spent on the development of this prototype, and understandably so. The moped and underbone segment in Asia is one of the most lucrative the world has ever seen, with bikes selling like hotcakes on a near-daily basis. That being said, the development of new mopeds is essential to keep the market in the region exciting.

So, what makes the F-155 concept so special? Well, right off the bat, you can tell that this isn’t any ordinary moped. In fact, it’s probably the only moped in the world to feature winglets. Wait, what? Yes, you read that right. The Yamaha F-155 has winglets—just like that of the Ducati Panigale V4 R. I’m pretty sure these winglets will come in handy when unleashing all 15 ponies this bike has on tap. Kidding aside, It also gets an extremely angular fairing, a functional ram air intake, and numerous ducts and vents situated in multiple parts of the bodywork.

To add to the bike’s machismo, Yamaha has fitted a twin underbelly exhaust system, and molded the tail section to resemble that of the flagship R1 sportbike. To top it all off, the Yamaha F-155 concept is fitted with racing slicks and a chunky rear tire. Now, it’s interesting to note that all these features, which are typically found on sportbikes with power outputs close to 200 horsepower, have managed to make their way to a 155cc concept moped.

Granted, of course, the Yamaha F-155 is a design exercise meant to whet the appetites of Yamaha enthusiasts in the region. That being said, when the F-155 finally makes it into production, we can expect it to do away with some of the outlandish design features in favor of more sensible components. Needless to say, the Yamaha F-155 concept paints a pretty solid picture of the future of the entry-level motorcycle market in Asia. 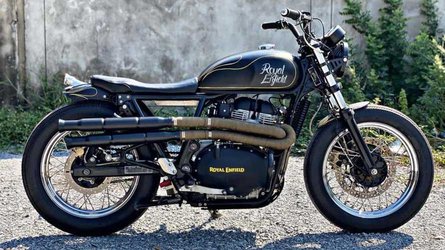 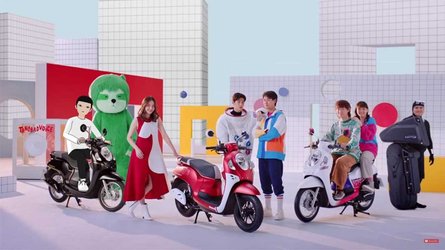