Will This Chinese Electric Mini Moto Take The World By Storm?

The electric scooter market is white-hot right now. Gogoro recently expanded its swappable battery network, BMW unveiled the uber futuristic CE 04, and trademark filings suggest that Aprilia will join the party soon. Despite all the developments in urban mobility, we haven’t seen small-capacity electric motorcycles make an impact in the space. However, thanks to some intrepid reporting of Electrek’s Micah Toll, we’re learning that a sea change might be around the corner.

First discovered by Toll in a secluded corner of 2019 EICMA, Chinese startup Tromox made its debut with the adorably rugged Mino. The Hangzhou-based company commissioned an Italian design firm to dream up the electric mini-moto's appearance and the dirt bike/dual sport beak adds an adventurous element by association. Of course, the cyan and hi-viz yellow color scheme also adds to the fun, but the resulting fit and finish looks lightyears beyond that of a China-based startup. 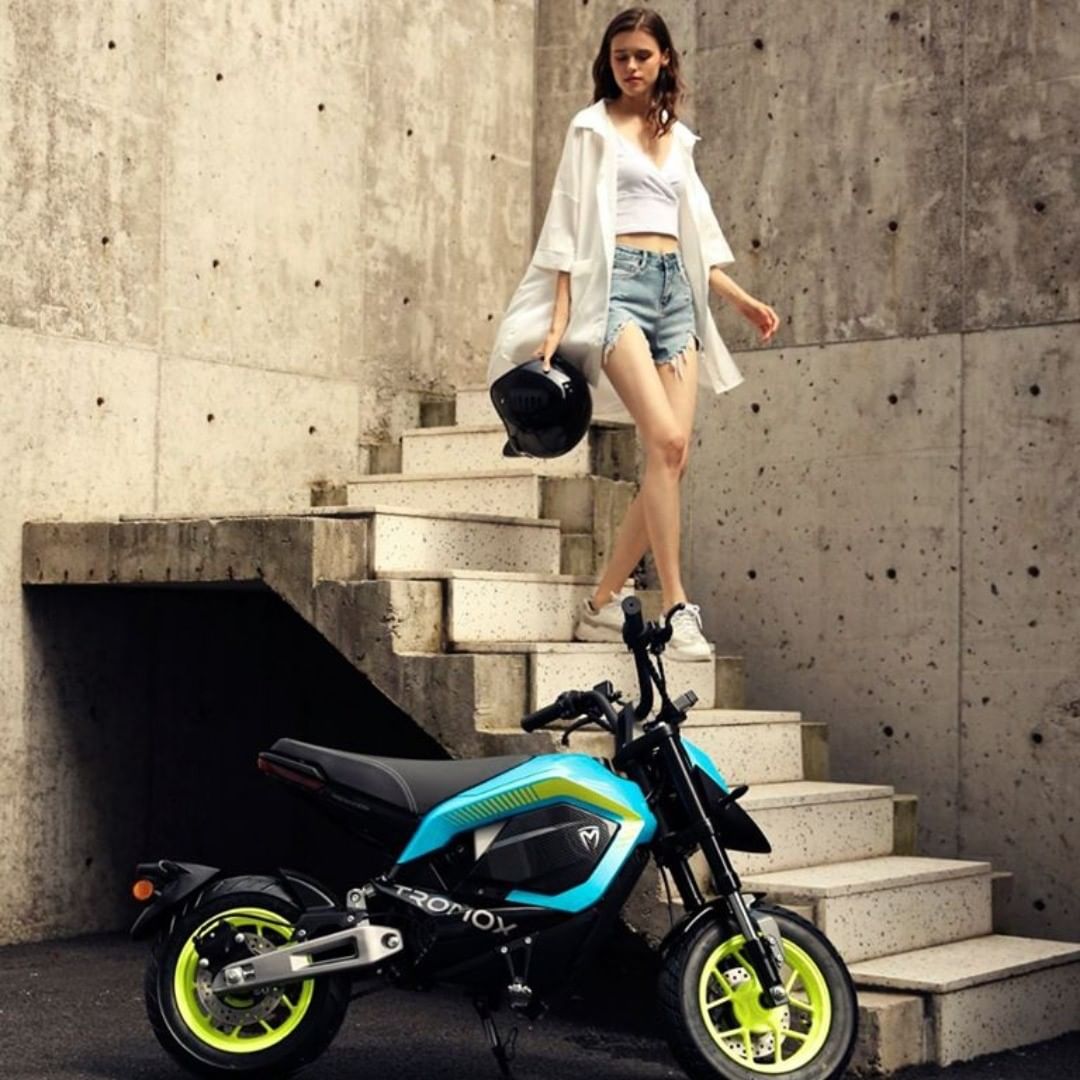 Similar to the new Honda Grom, Tromox integrated over 30 hardpoints into the design, making the Mino easily customizable. Weighing in at 149 pounds, the mini moto harnesses a 2.5kW motor and comes with four 60V battery capacity options (2.3 kWh, 1.9 kWh, 1.6 kWh, and 1.3 kWh). The tiny two-wheeler can reach up to 73 miles on a single charge if the rider keeps the speedometer at 18.6 mph. Luckily, the Mino achieves a top speed of 37 mph, but the range suffers the faster one rides.

Though electric scooters are known for practicality and carrying capacity, Tromox intentionally veered away from the segment, opting for something less utilitarian and more user-friendly. Premium touches like an inverted front fork and disc brakes not only imbue the Mino with more performance but the smartphone app also allows users to modify the mini’s characteristics to suit their needs.

Already selling the Mino in the Chinese market, Tromox already secured distribution in and Asian countries. The company expects to start EU-based sales in spring 2021, and with EPA and DOT certification underway, the US could see the Mino before the end of next year.

⠀ Can You Build Kids' Bikes With Kids' Tools?