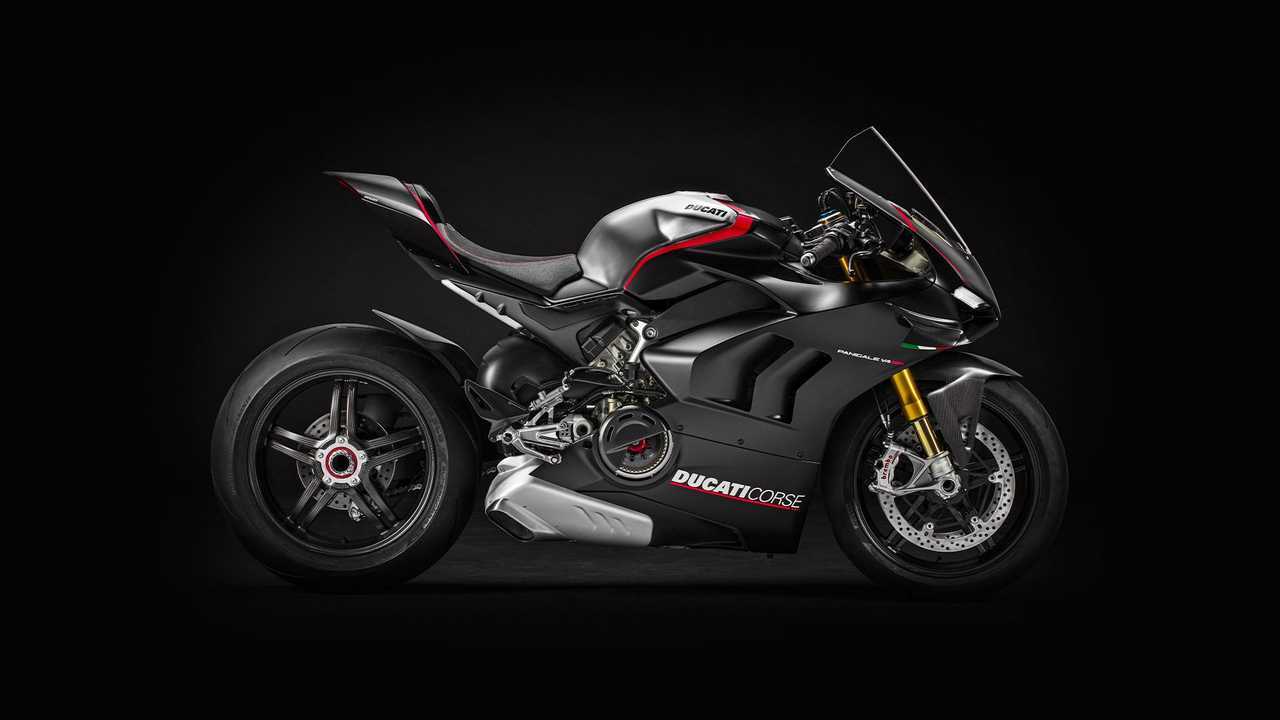 There’s a new Panigale V4 on the block, and Ducati’s goal with creating it was to make a fantastic track weapon that puts manageable power in the hands of amateurs. Gaining expertise is cool and all, but why should only experts get all the fun? Even better, could it be your next carbon fiber-clad track day cheat code? Let’s take a look.

Right from the off, Ducati makes one very bold claim about the Panigale V4 SP: it’s so easy to ride, they say, that amateurs will actually be faster on the SP than on the more expensive (and more difficult to ride) R. Now, OEMS like to talk a big game, for sure. Whether the difference is truly that pronounced will be interesting to see in the wild—but it’s an intriguing concept.

There’s plenty of carbon fiber to admire on the SP as well, especially those gorgeous split 5-spoke carbon fiber wheels. They come wrapped in Pirelli Diablo Supercorsa SP rubber as well, which is certainly no bad thing. The entire bike comes in Ducati’s winter test livery, with liberal use of matte black, red accents, and a stunning exposed brushed aluminum tank. Additional accents include carbon fiber wings and mudguard, as well as race grips.

All the carbon fiber does lighten up the weight a bit, bringing this Euro 5-compliant V4 in at a dry weight of 381 pounds. That’s a full three pounds less than the 2021 Panigale V4 S, and five pounds less than the base V4. Other nice touches include the numbered, machined billet aluminum steering stem, adjustable footpegs in billet aluminum, and sleek little carbon fiber heel guards.

Suspension consists of an Öhlins NIX30 43mm fully adjustable fork up front and a TTX36 shock in the rear, both of which have electronic compression and rebound damping adjustment. Brakes are dual 330 mm semi-floating discs with radially mounted Brembo Monobloc Stylema R 4-piston calipers up front, and a single 245mm 2-piston unit in the rear, with Bosch Cornering ABS EVO at both ends.

An additional package of track accessories to encourage SP owners to get the most out of their new bike includes an open carbon fiber clutch cover, Ducati Data Analyzer + with GPS module, a license plate removal plug, and machined mirror block-off plates.