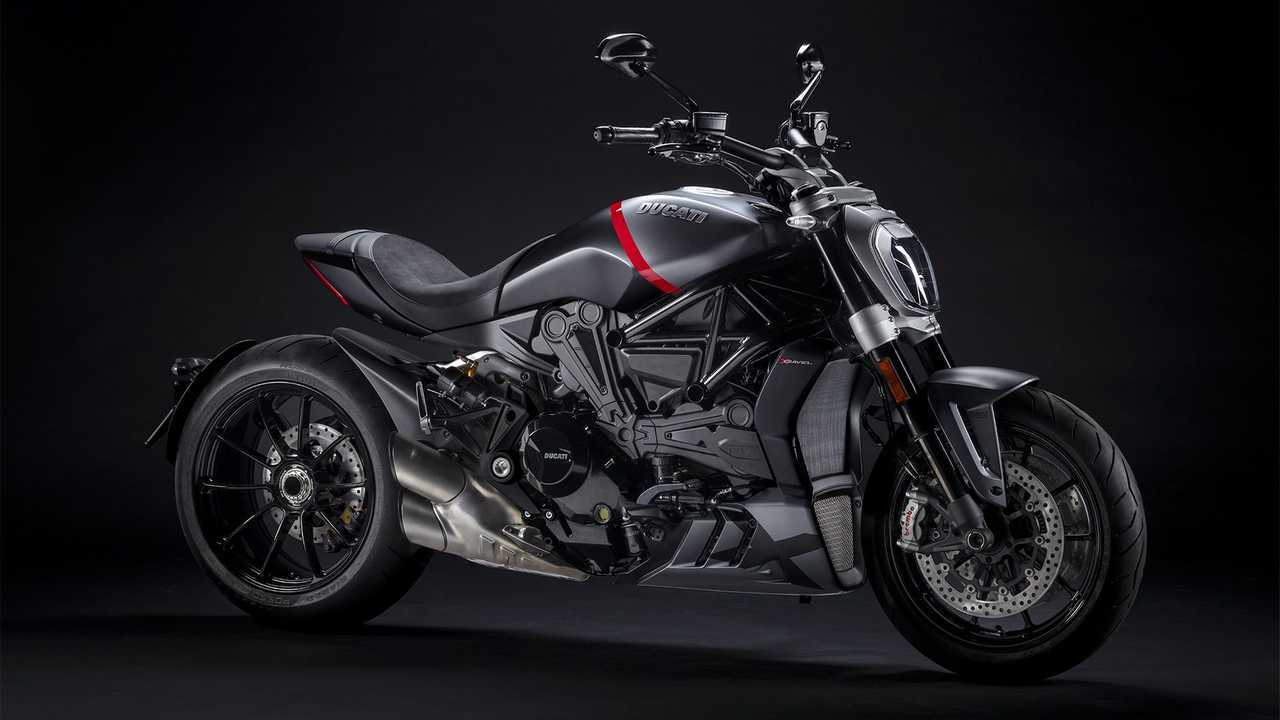 Does X still mark the spot?

If you’ve been lying awake at night, wondering when the Euro 5-compliant Ducati XDiavel would finally break cover, we have just the news you’ve been waiting for. The 2021 Ducati XDiavel is here, and it comes in three great flavors that are sure to tickle your techno-cruiser fancy. Let’s get dark … XDiavel Dark, that is.

First and foremost, what does Euro 5 compliance mean for the XDiavel? The Testastretta DVT 1262 engine now produces a claimed 160 horsepower at 9,500 rpm, along with 93.7 lb-ft of torque at 5,000 rpm. That’s a modest increase of 8 horsepower and just under one lb-ft of torque, but it’s nice to see a modest gain rather than a modest loss, right?

There’s one other thing to mention, though. On Ducati’s webpage, the boys from Bologna specifically state that these revised figures only apply to XDiavels in countries where the Euro 5 standard applies. For all others, the old figures of 152 horsepower and 92.9 lb-ft of torque at the same RPMs are apparently still in effect. I mean, it is a pretty modest change—but wouldn’t it have been easier for Ducati to just make it the same everywhere? Or, maybe they just had a bunch of Euro 4 engines sitting around that they needed to use. We’ll probably never know for sure.

Anyway, another immediate difference you may notice is that the Euro 5 exhaust now looks a bit different. It still sounds quite nice, which is the important thing—and the new look is streamlined to fit with the overall lines and forms of the XDiavel. We know Ducati is exceptionally good at making sure its lines flow exactly how it wants them to, so it’s unlikely many people were concerned that a Euro 5-compliant exhaust would result in a chunky, bulbous mess. Still, it’s nice to see the spirit of the design so many already appreciate stayed true while moving forward. It’s an evolution in the truest sense.

For 2021, the XDiavel comes in three flavors: Dark, S, and Black Star. While Ducati says the Black Star in particular is the sportiest version, the engine remains the same across the board. All three get Pirelli Diablo Rosso III tires that wrap around forged, machined, lightweight alloy wheels. Brakes are the same, with a dual 320mm semifloating, radial mounted Brembo monobloc 4-piston M50 setup up front, and a single 265mm Brembo 2-piston floating caliper in the rear. Rear suspension is a monoshock with adjustable preload and rebound, along with a remote reservoir and a single-sided cast/trellis frame swingarm. Both the Dark and the Black Star weigh 487 pounds dry, while the S gains five pounds and weighs 492.

The main differences seem to be colorways—and not much else. The XDiavel Dark is a vision in matte black, emphasizing what Ducati refers to as its “Reduce to the Max” design philosophy. By blacking out every conceivable thing (except the exhaust) on this bike, Ducati says, you can more readily appreciate every line and curve the XDiavel has to offer. It's hard to argue that the final result isn't quite breathtaking to behold.

The XDiavel S is shiny black, and maybe that’s what the “S” stands for. It gets a grey frame and black wheels, which are fine if that’s your aesthetic. Finally, the Black Star gets special matte black, gray, and red graphics that Ducati says are inspired by sportscar design. It also comes with a gloss black frame and wheels to accent that livery. It gets a grippier black suede saddle, which is a slightly sportier accessory than the one found on the other two variants.

All three are currently configurable to your heart’s content on your regional Ducati website, and prices will vary by region. In North America, the XDiavel Dark will hit U.S. showrooms in January, 2021 and Canadian showrooms in March, 2021. MSRP starts at $19,995.

The Best Motorcycles For Beginners