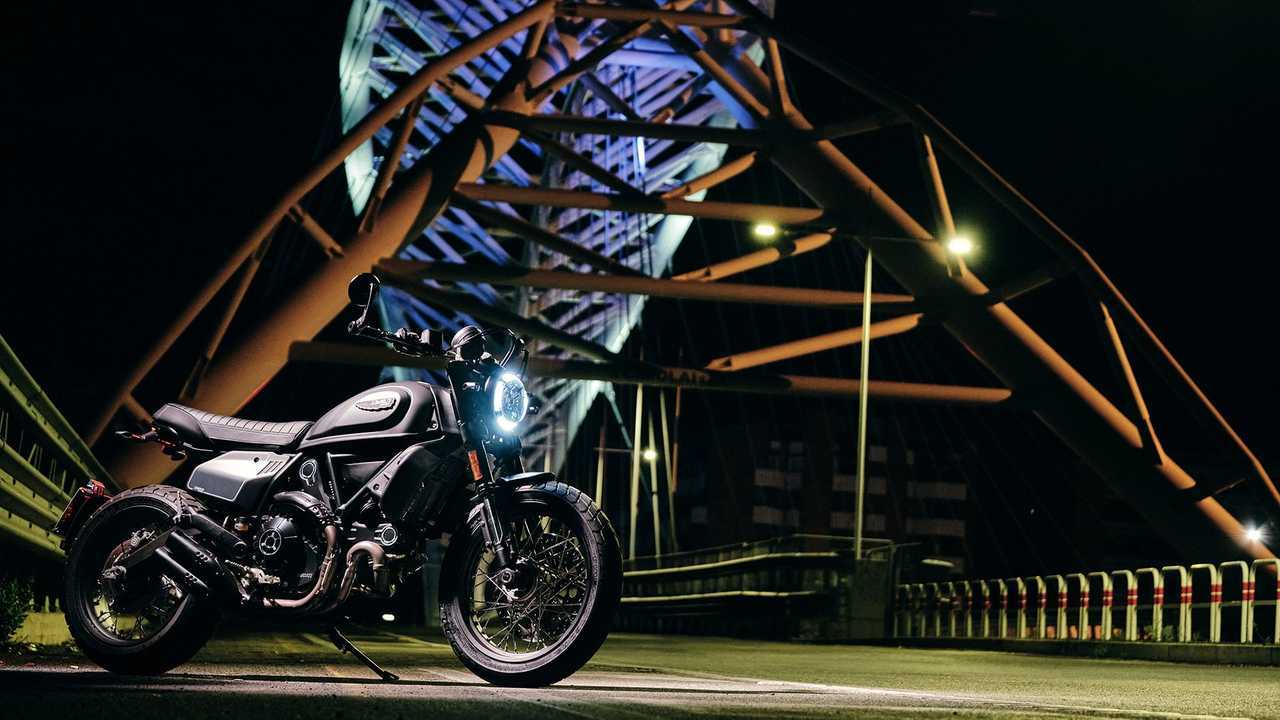 I am the night.

To make up for the fact that large gatherings are, shall we say, ill-advised for the moment, Ducati turned to the Internet to showcase its annual World Première event. Instead of the usual, hour-long event during which the firm introduces all the new and returning models to its lineup, it split the event up into five online episodes streamed weekly.

During the first episode that aired on November 4, 2020, we met the all-new Ducati Multistrada V4. The House of Borgo Panigale followed up with the updated new 2021 XDiavel, unveiled during the second episode. Alongside the boosted muscle cruiser, Ducati also introduced a fresh lineup of Scramblers, now compliant with Euro 5 regulations. What’s new for 2021? Colors.

In real Ducati fashion, the Italian maker kept updates to its Scramblers to a minimum and banked on new colorways and versions instead. Something something changing a winning formula, I suppose.

The Ducati Scrambler Desert Sled we met back in 2018 gets a Sparking Blue livery for 2021, complete with contrasting red accents and gold wheels. The Scrambler Icon is now going to come in Ducati Red, as well as 62 Yellow and Atomic Orange.

The most “exciting” change to the lineup is the addition of the Scrambler Nightshift. The new model uses the same underpinnings as the other Scramblers 800 but gets a silver-blue matt colorway with blacked-out features, a straight handlebar with bar-end mirrors, a flat, two-person saddle with tuck and roll pattern, wire-spoke wheels, and number plates on the sides.

The refreshed 2021 Ducati Scrambler Icon starts at $9,695, the Desert Sled starts at $11,995, while the new Scrambler Nightshift starting price is set at $10,995. In the U.S., the 2021 model-years will be available in January while in Canada, they’ll land in the showrooms the following March.