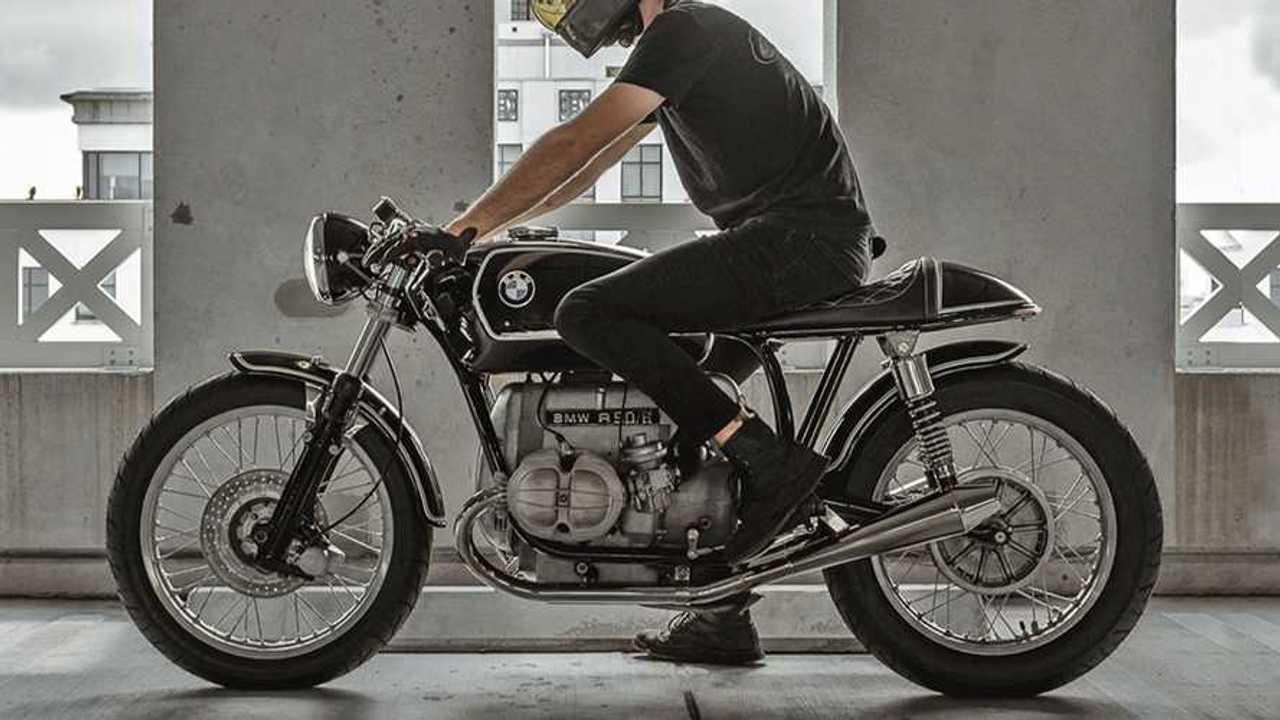 In 1973, BMW released one of their most iconic motorcycles, the R90S. In what would become a classic several decades hence, and even be the inspiration for the Bavarian company's extremely popular R nineT retro-styled motorcycle, the R90S is considered by many as the world's first superbike. In line with the high performance spec R90S, BMW also released a more docile and affordable variants in the form of the /6 line of bikes. Although lacking the grunt and performance of the R90S, the R90/6 had its own unique flavor, and continues to be a popular collectors bike, and a more affordable option as opposed to its bigger sibling.

Coming to us from Lake Worth, Florida is this stunning custom 1976 BMW R90/6. Built by Jesse Scott Baumann, this bike was commissioned by a customer looking for a resto-mod that retained the bike's original essence and gave it unmistakable cafe racer aesthetics. Before diving into the intricacies of this build, as a whole, the bike looks incredibly streamlined and understated. To the untrained eye, the bike could be mistaken as an all-original machine from the 70s. In order to achieve such a clean aesthetic, Jesse took around four months to complete this build, developing everything from concept to reality.

For starters, the customer wanted to have a Tuffside universal cafe racer seat fitted onto the bike. In order to achieve a seamless look, Jesse worked with Hutch at Hutches Welding in order to tweak the subframe to allow the seat to line up with the bike's overall aesthetic. While working on the subframe, the rest of the frame was also cleaned up by getting rid of unused tabs, and welding new mounting points for the exhaust, new rear sets, and taillight. In order to retain the bike's original character, the stock fuel tank was retained. The stock front and rear fenders were retained, too, however they were shortened in order to give the bike a more aggressive look.

In the ergonomics department, a set of Oshmo rear-set foot pegs give the rider a slightly higher and more aggressive perch. While a set of clip-on bars upfront make for a more aggressive, hunched over ergonomic. To add a little sharpness to the bike's handling, the front suspension was lowered by 2 inches, and the fork internals were completely rebuilt. As far as electronics are concerned, the bike has been fitted with a suite of Motogadget accessories raging from switch controls on the bars, a Chronoclassic gauge, and a Mo-unit Blue to handle all of the bike's wirings to keep things looking tidy.