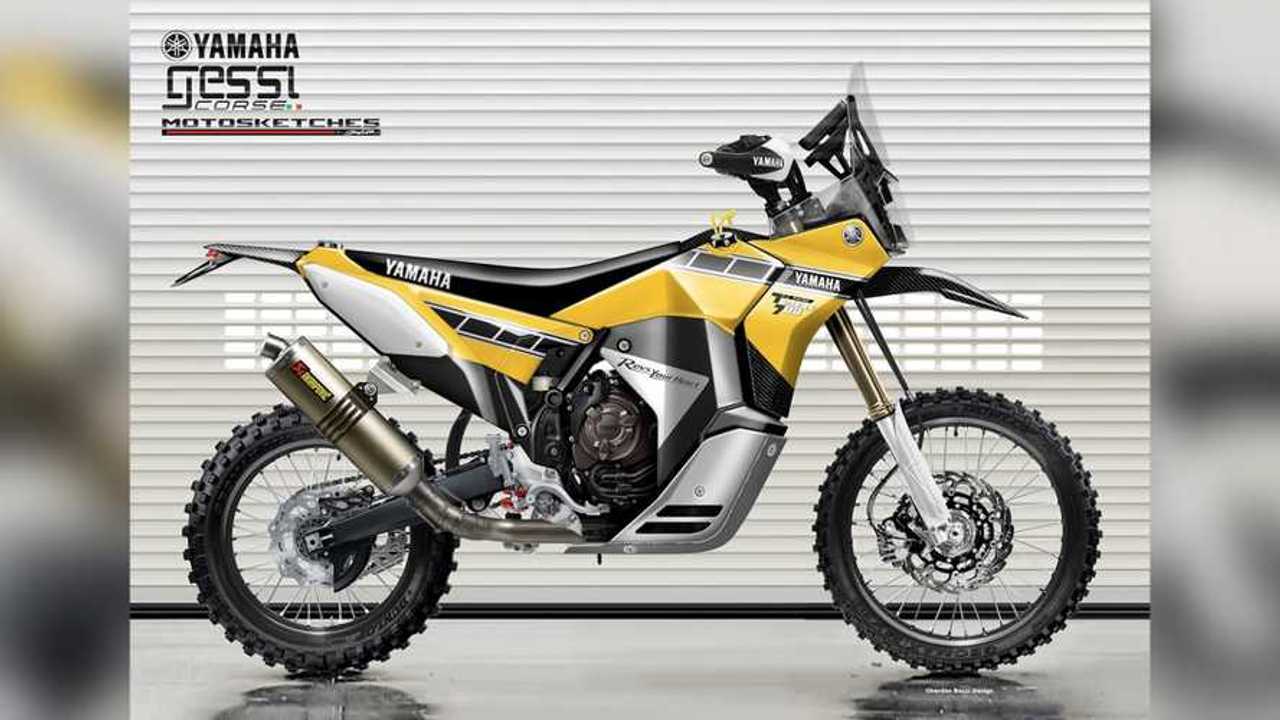 This is not a drill!

If you’re a regular on the site, you guys know by now that we like to feature the work of digital artist Oberdan Bezzi who puts into image some of the most creative motorcycle “what ifs” out there. What if Indian made a sportbike, Suzuki turned the SV650 into a dual-sport, and Kawasaki finally revived the KLR 650? Don’t worry, Bezzi has the renders to help us see the picture.

While most of his designs remain at the digital drawing stage, the latest addition to his portfolio will actually become a reality. Guys, this isn't a drill—we’re getting a rally-ready Yamaha Ténéré 700 thanks to a partnership between Bezzi and Italian custom shop Gessi Motociclette.

Don’t get us wrong: we already know that the Ténéré is a pretty gnarly and burly beast straight out of the factory. It doesn’t really need any improvements to up its versatility. That being said, it’s hard not to be a little curious (and excited) about how Gessi’s in-the-metal Rally Racer will turn out. After all, there’s nothing wrong with seeing what happens when you turn the Ténéré into a big dual-sport bike, right?

According to a recent Facebook post, it looks like the folks at Gessi are already hard at work and getting ready to make some magic. They will draw inspiration from Bezzi’s Ténéré Rally Racer renders to shape the custom bike’s design.

Considering the project is ongoing, we don’t know for sure what steps the crew will take to change the bike’s silhouette. What we can gather from the drawings, it looks like the Ténéré will be fitted with a new fuel tank, a taller saddle (and subframe?), a new rear shock, a bigger skid plate, and an Akrapovič muffler.

Gessi has some serious customization cred. The shop created the Dakar-Paris inspired Honda Dominator, clad in a livery designed by Bezzi himself, the Triumph-based Triskell custom, and the Stassenbauer BMW K-Series. Now, let’s see what badass two-wheel concoction will roll off its lift.