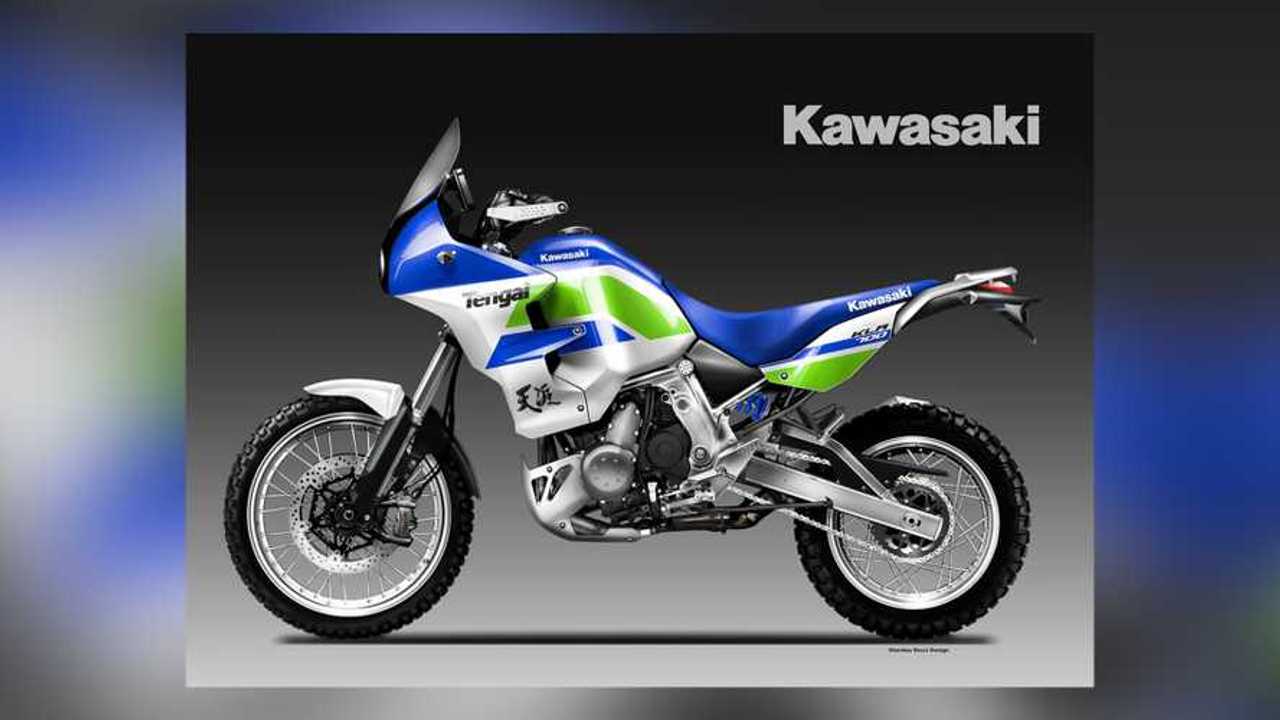 So, when is Kawasaki introducing a proper adventure bike? The segment is thriving and the manufacturer has left a gaping hole in its lineup after discontinuing the KLR 650 in 2018. The KLR wasn’t bad bike—on the contrary, it’s a popular option for buyers on the market for a jack-of-all-trade kind of bike—it was only old and in dire need of an update.

Instead, Kawasaki pulled the plug and has since left us wondering about a potential replacement. Rumors of a KLX-derived next-gen adventurer have started to surface but we have yet to get any tangible proof of this. While we patiently wait for Kawasaki to make a move, we get to imagine what a new Team Green adventurer would look like and the view from here looks really good.

Renders To Dream Of:

In my opinion, creating a hybrid between the comfortable Versys 650 and the regretted but oh-so-versatile KLR could be a really strong move for Kawasaki. That would allow the company to hit hard in an increasingly competitive market and would result in what I think would be the ultimate ADV. For designer and friend of the site Oberdan Bezzi, however, a revived KLR should stay closer to its roots.

A few weeks ago, our favorite designer posted a digital render of a “Kawasaki KLR 700 Tengai”, an homage to the famous dual-sport and a nudge to the question on everybody’s lips: when is the KLR (or a variation) coming back? He based his design on an evolution of the existing Versys 650, using what he describes as a 700cc twin derived from the 650 for the engine.

The silhouette is your run-of-the-mill modern-day adventurer, similar to the Ténérés and Africas already on the market, with the flat nose, the dirtbike-like saddle, and the asymmetrical wheels. The design balances off-road and long-distance travel, with trail-specific features like the knobby tires and the skid plate, combined with road-trip-friendly ones such as the large fuel tank, the tall windscreen, and the hands guards. As for the livery, he used colors inspired by the Paris-Dakar KLR 650 Tengai from the early 1990s.

The design might be a little different from what I’d picture a Kawasaki ADV to be like but I like where Bezzi is going with this. Ultimately, I just really want the manufacturer to launch something that's as cool as I want it to be. What about you? What do you think a new Kawi ADV should look like?