What Would Happen If Indian Made A Sportbike? 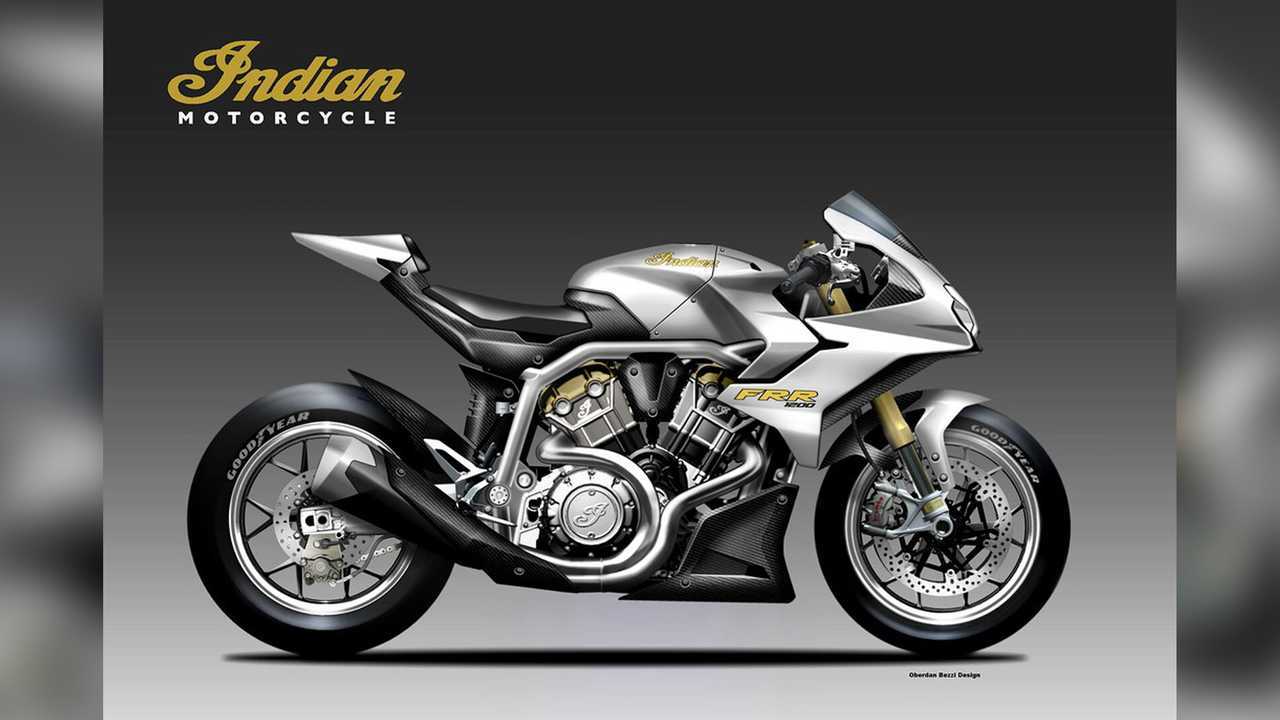 Aside from the world ending, of course.

Some brand names scream “speed” and “athleticism”, especially the Italian ones (unless you’re Vespa). Others, like the American ones, evoke “muscle”, “legacy”, and, you know, Sons of Anarchy.

Now, what if we combine the two and say “American sportbike”? We'll let you gasp for a minute. Based on history, it could almost make sense to see Harley-Davidson come up with that sort of shenanigan. The Motor Company has made a few attempts at sport-ish bikes in the past, after all. However, this isn’t it. What we're looking at is an Indian, not a Harley, and we don’t know how we feel about it.

The work is that of digital artist and friend of the site Oberdan Bezzi. One morning, he got up and decided to imagine what the fully-faired, V-twin-powered, Indian FRR 1200 would look like and share the result of that creative spurt on his site, just like that, without warning. Once again, we see some fine creative work from Bezzi, and the result is gorgeous, but the implications are polarizing.

On the one hand, we can all admit that it’s a good-looking bike if you’re into that whole generic sportbike aesthetic. Bezzi's design seems to suggest that the imaginary FRR would use the same powertrain as the FTR 1200, but mounted to a different chassis. The choice of engine makes sense considering the tracker is meant to be zippier than the other members of the Indian family. With that in mind, out of all the current engines in the lineup, that’s the one you would want to use in a sportbike. A little tuning could help make the bike even more responsive, provided it isn't too heavy.

On the other hand, however, a sport Indian? Not that Indians can’t go fast—we notably had proof of their abilities in the hands of Burt Munro. But proper, production sportbike with modern lines, an old school Indian badge, and a massive V-twin? There’s something both weird and fabulous about the idea. In fact, Bezzi compares his design to an athletic American clad in an Italian, custom-made and fitted suit. We suppose the whole “why not” applies here.

This is all hypothetical, of course, and as far as we know, the maker has no intention of making such a bike. The beauty of it all, however, is that Indian doesn’t actually have to come up with that sort of thing for us to fantasize a little. Thanks to the creativity of people like Bezzi, we get to imagine and discuss all sorts of things, some more out there than others. So, let’s talk about this one. What are your thoughts on the Indian FRR 1200 design?