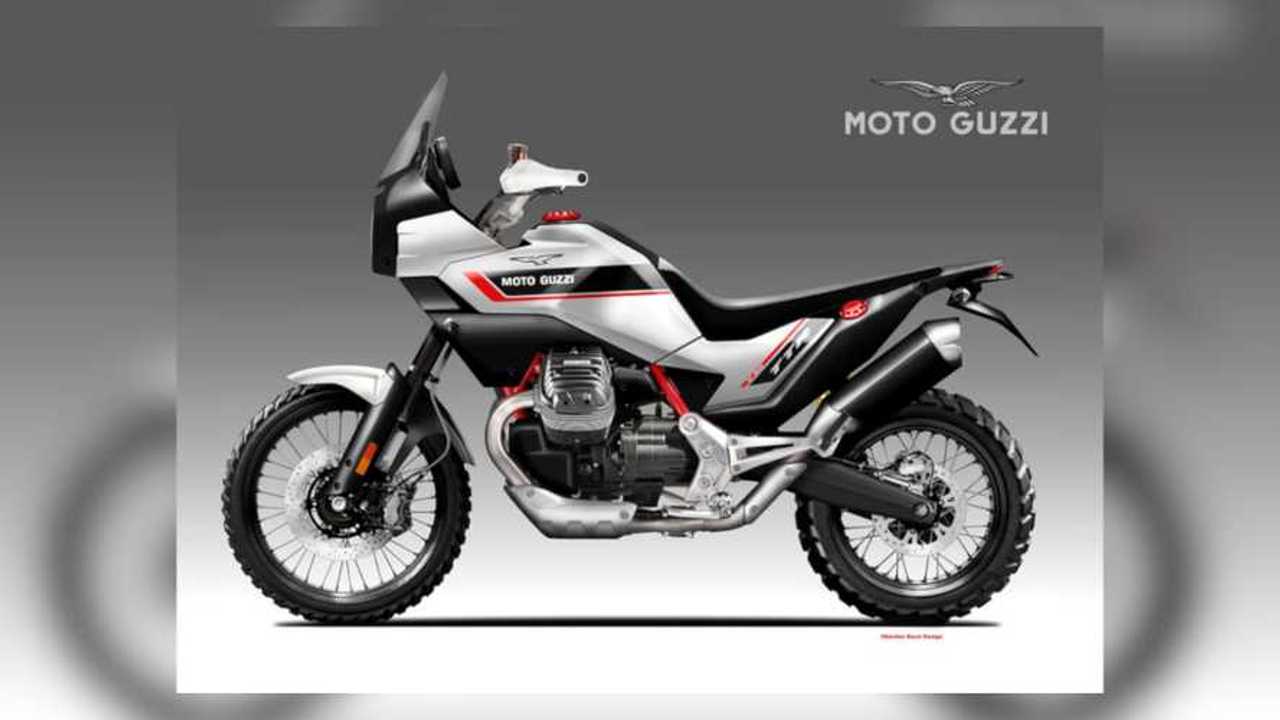 We always want what we can't have, don't we?

Moto Guzzi’s V85TT may be an adventurous golden goose (or Guzz, if you like) for the Italian manufacturer, but as with all bikes, some riders want it to be more than it is. That’s what customization is for, of course. That’s also what the dreams of designers are for, to help us all see what could have been, as well as what could yet be.

Enter one of our favorite motorbike dreamers, Oberdan Bezzi. He’s back at it again, this time with his V90 TTR render. While the man doesn’t exclusively pen adventure bike designs, he’s certainly done quite a few. There’s his Suzuki SV650 Rally design from 2019. Bezzi’s vision of a Kawasaki KLR in 2020 is certainly nothing to sneeze at, either. Who could forget his Honda 650 ADV, which is essentially a baby Africa Twin?

As you might guess from the name, the V90 TTR takes the essential elements that make the V85 TT so loved, then just cranks the dial up a little bit. In Bezzi’s mind, a beefier suspension is a must, as well as slightly increased displacement and power. The front wheel is 21 inches, while the rear is 18, and both are shod in true off-road tires. Weight is down, and there are auxiliary fuel tanks so you can go much further before having to stop.

Bezzi said that he was thinking about the Dakar Rally when creating this design, and it certainly looks the part. The thing I appreciate most about his style is that it feels less like he’s simply throwing extraneous things at an existing bike, and more like he’s drawing potential out of what was already there. Not every designer’s style has that quality. It’s almost as though it’s a form of sculpture, with the existing bike providing the clay needed to fully flesh out all its finer points. In a way, Bezzi’s designs often feel as though they’re a more polished, more finished version of whatever bike he’s re-imagining.