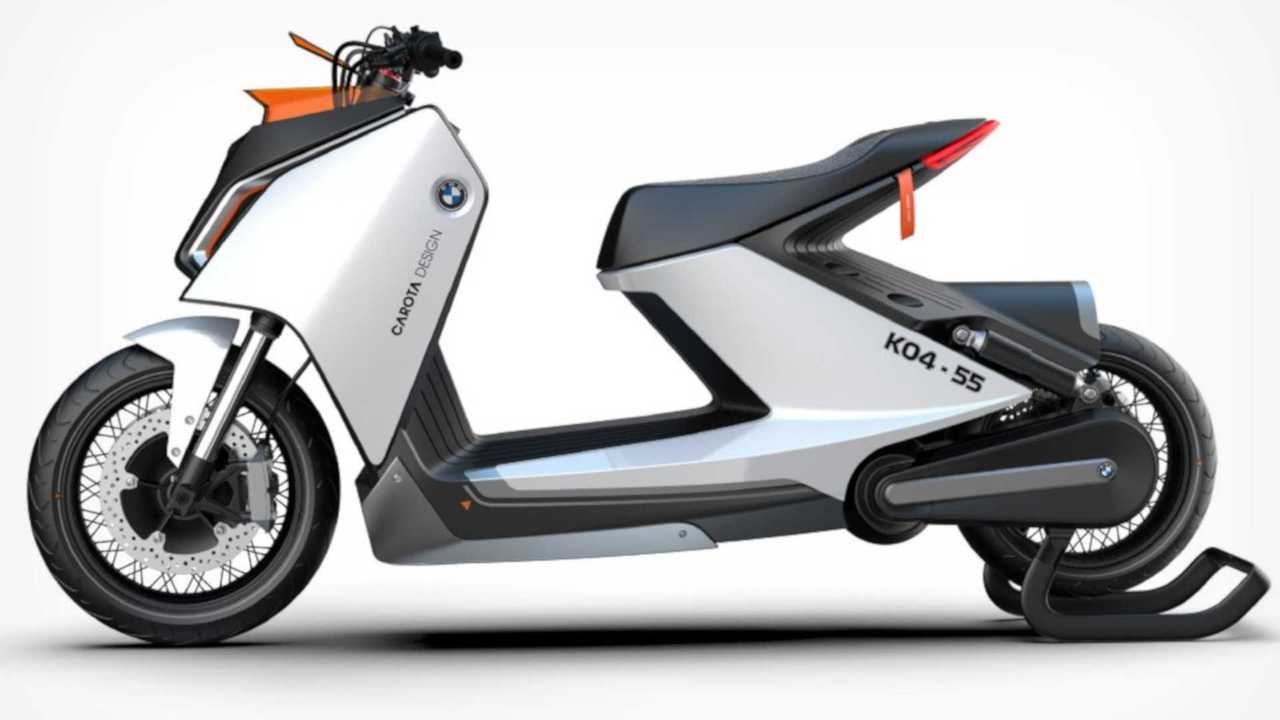 When you first see Carota Design’s BMW Motorrad e-scooter concept design, you might wonder why BMW isn’t already making this bike a reality. Until recently, the Bavarians did offer their C Evolution electric scooter, but have quietly dropped it from their current scooter lineup in 2020, leaving the gas-powered C 650 GT and C 400 X as the only scoots on offer.

This version of a BMW e-scooter takes clear design cues from the rest of BMW’s C-series scooters, and also its Concept Link as introduced to the world in 2017. Where the Concept Link was a bit chunky and wide at the front, Carota’s K04-55 design seems to slim things down a bit, while still giving something of the appearance of folded wings resting just above the rider’s legs, shielding from the wind.

The overall design looks sleek, long, and low to the ground, with the battery and motor tucked away under the saddle. Unfortunately, it doesn’t appear that there would be much storage space contained within this design, unless some accessory brackets were available to attach a handy pannier or two. I know it’s a design concept, but there also isn’t really any good place to mount a top box, or even bungee something to that tiny little shelf of a pillion seat.

Then again, to be completely fair, the Concept Link didn’t appear to offer much in the way of storage space, either. Meanwhile, the existing C 400 X and C 650 GT both have ample space to stow your stowables for your daily commute, which is one of the reasons people buy maxi scooters in the first place.

Still, it’s a very cool-looking concept, and one it’s not hard to imagine making it as a production vehicle, depending on its pricing, of course. It would also need some kind of kick or center stand rather than an external rear stand, but that seems easy enough to accomplish. What might be more difficult is packing a motor and a battery pack (or packs) of sufficient power and range to satisfy anyone who’d be in the market for this scoot in the first place. There isn’t a whole lot of space under the saddle to work with, and although battery technology is improving all the time, balancing space, weight, and power is a major issue for EVs of all types.