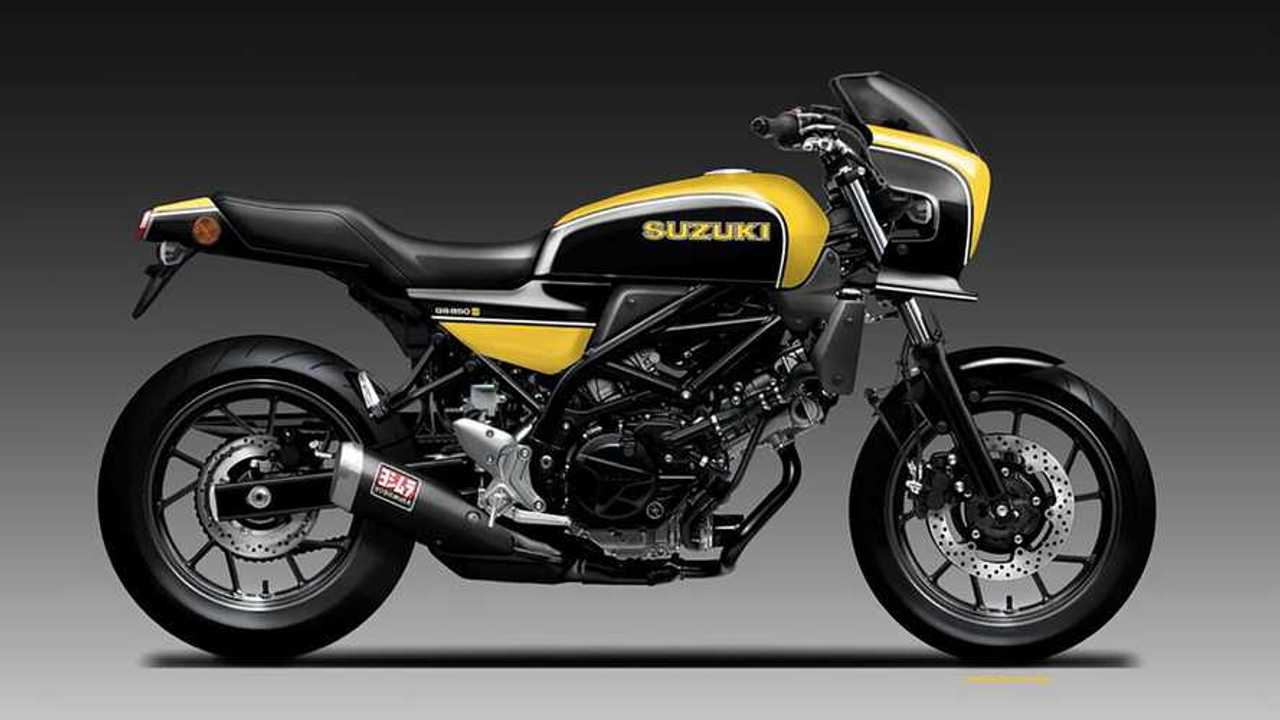 How about it, Suzuki?

Suzuki has been playing it safe in recent years. Almost too safe. While Senior Youths Correspondent Dustin is loving his time in the saddle of the new V-Strom 1050, in my opinion, the upgrade from the 1000 is a missed opportunity. Until the manufacturer officially unveiled the bike, there was a lot of noise about the company's intention to revive the DR Big ideology and inject it in an overhauled V-Strom. We were hyped about it. Well, sadly, that didn’t happen.

The only DR Big feature the sport-tourer received was a vintage livery. This could have been Suzuki's opportunity to put an entire foot in the popular adventure segment and do the whole vintage trend justice. Instead it decided to, well, play it safe.

Not even its two little dinosaurs—the VanVan and the TU250X—really receive the recognition they deserve and they're not even offered as proper 2020 models. Both of those bikes are wonderful and wickedly fun little modern classics, but they’re also the only players Suzuki has in the retro revival game. Aside from slapping a retro cowl on the SV650, adding an X to the name, and calling it a day, Suzuki is completely absent from the mid-size and big-bore vintage segments. The amount of untapped potential is mind-blowing.

Our favorite designer, Oberdan Bezzi, might have an idea for you, Suzuki. How about a vintage-inspired GS650? The idea here is to build a swell-looking modern retro motorcycle based on the SV650 and I think that’s a genius idea.

Truth be told, the SV650 is a fabulous bike. The engine is one of the most flexible and grunty and fun out there, wrapped up in a bike that’s accessible and easy to get on. That’s a winning combination if I’ve ever seen one. We even made the model our top recommendation for the best all-around bike currently available on the market. It really is that good.

Think about it—the chassis and the engine are already solid and don’t need to be changed. All Suzuki would have to do is build on these solid foundations and develop a slightly altered silhouette with a lower sub-frame, a different gas tank design, add a single-piece saddle and proper racing cowl, and voilà.

That’s a much smaller commitment than designing an entirely new bike and it perfectly fits with the company’s conservative approach. The result would be brilliant. With a bike like that, Suzuki would steal the show and probably bring more people to the showrooms.

Considering the SV650 goes for only about $7,000, that gives the manufacturer plenty of room to up its vintage game and set a price to match while also remaining aggressively affordable.
I think Suzuki's people should talk with Bezzi’s people and they should make some magic together.