It has taken a while, but the Sinnis Terrain 380 adventure bike is about to finally make its U.K. debut. Sinnis, a U.K.-based motorcycle company, sells learner-legal, budget friendly bikes. In this case, the Terrain 380 is a Chinese-built motorcycle that shows just how far that country’s manufacturers have come in the past decade.

The Terrain 380 appears to be a re-badged Zongshen RX3S. China-based Zongshen is probably best-known for its 250cc RX3 adventure bike, a machine that was sold widely around the world by smaller companies like CSC, Minsk, and Honley. Zongshen moved past that machine to the similar RX3 and RX4 bikes, as well as this RX3S/Terrain 380. 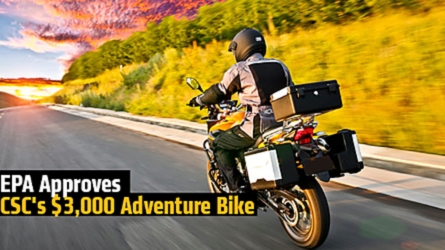 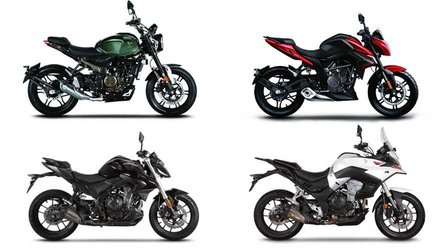 This bike appeared on forums in prototype form around 2018, and Sinnis announced it for the U.K. market in 2019, including a reveal at the Overland Event show in September. It was supposed to debut in early 2020, but the COVID-19 pandemic interfered with that plan.

So, what do you get with the Terrain 380? The engine is a sensible SOHC, liquid-cooled, 380cc parallel twin that makes around 36 horsepower at the crank. It has a six-speed gearbox with chain drive, and an alleged top speed of 86 mph.

The rest of the bike has standard ADV styling. From a distance, you could easily mistake this for a European machine, with its upside-down forks, adventure beak bodywork, rugged-looking crash bars, and a set of hard panniers and topbox. Total luggage capacity is 23 gallons. Fuel capacity is four gallons; that’s a little on the light side, compared to a BMW GS Adventure, but this small-bore machine should be easier on gas, making it all work out.

The Terrain 380 has a claimed 440-pound wet weight and a standard 32.2-inch seat height, although it can be lowered to 31.1 inches. That should be a little easier for smaller riders to manage, and the price is certainly more manageable than a GS or Triumph Tiger. The Sinnis Terrain 380 is currently taking pre-orders in the U.K. for £4,495 ($5,700 USD). Supposedly, the bike actually arrives in the U.K. in the fall of 2020.