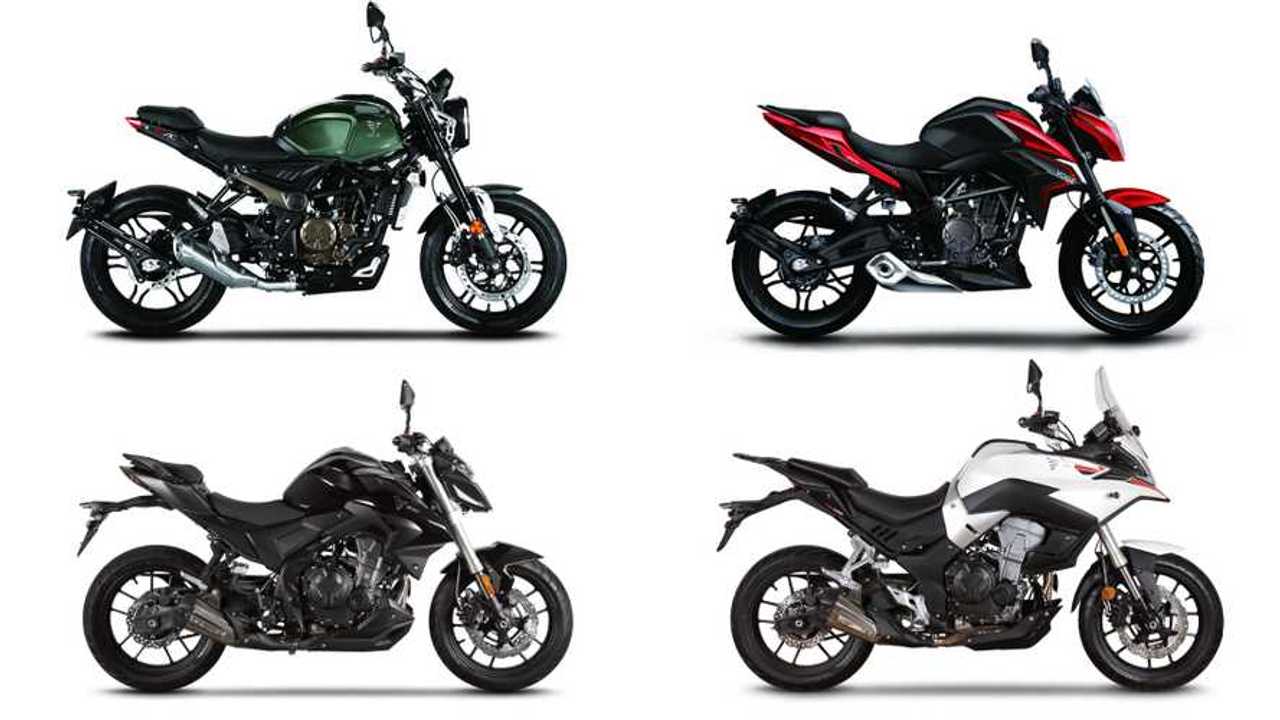 These 300cc and 500cc machines might be the best-looking Chinese bikes yet.

Chinese manufacturing giant Loncin is taking another run at the European motorcycle market, this time with the Voge brand. Despite the awkward name, it looks like a promising effort. Instead of chintzy air-cooled 250s, Voge is bringing in slightly larger naked bikes and an adventure bike with decent styling and components.

The Euro moto-press started talking about Loncin’s new sub-brand a year ago, and the buzz recently picked up again. Taking a look through the Voge line, there are definitely some interesting models here, starting with the 300AC naked bike.

The Voge 300AC has a fuel-injected, liquid-cooled, 292cc, single-cylinder engine. It’s built along naked neo-retro lines, similar to the Honda CB300R or the Husqvarna Svartpilen 401. With a 150kg (330 pounds) dry weight, and claiming 29 horsepower output, this machine actually looks decently fun. Then there’s the Voge 300R. This is basically the same motorcycle as the AC model, but with insectoid naked bike features instead of a cyberpunk aesthetic. Otherwise, you’re getting what appears to be the same engine, brakes, suspension, and so on. According to Motorrad magazine, the European pricing is the same, too, starting at 3,699 euros.

Voge’s got a new line of 500cc bikes as well, powered by liquid-cooled parallel twin engines. The Voge 500R is yet another naked bike built with faux-aggressive Japanese styling. The 471cc engine supposedly makes 43 horsepower, and the bike weighs 198kg (436 pounds) at the curb. That’s not scintillating news, but it’s interesting to note this machine comes with Kayaba suspension, Nissin brake components, Pirelli tires, and Bosch ABS. Looks like Loncin’s many years of cooperation with the Euro motorcycle industry are paying off! Pricing starts at 4,869 euros.

Finally, there’s the Voge 500DS. This appears to be a made-in-China take on the Honda CB500X formula. It has the same parallel twin as the 500R naked bike, but it’s set up as an ADV machine. With 17-inch cast wheels front and rear, you likely won’t be pushing this bike too hard in the dirt—but it sure looks hairy-chested, especially with metal panniers. Like the 500R, this machine comes with Kayaba suspension, Pirelli tires, Bosch ABS and other quality bits.

Adventure bikes are always big sellers in Europe, even if most riders don’t take them through anything scarier than a paved Alpine pass. Expect the 500DS to be popular, if pricing and quality are reasonable. The basic model sees pricing start at 5,161 euros.