When you’re an engineer, and you love tinkering with motorcycles in your spare time, you create some amazing work that no one else probably would have attempted. I mean, one look at Allen Millyard’s YouTube channel should have amply illustrated this universal truth.

We’re not here to talk about Millyard, although we probably could talk about his work all day. No, instead, we’re here to talk about one particular project by another engineer named Mario Kleff. As the story goes, he’s an engineer who lives and works in Thailand and loves messing about with motorcycles for fun. Small-displacement bikes like the Honda MSX125 (or Grom, as the U.S. calls it) are super popular. 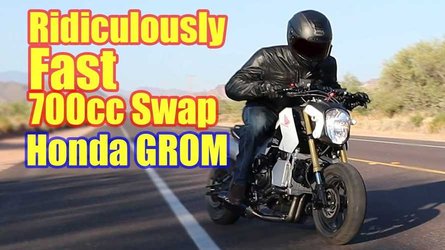 Meet The Grominator, A 700cc Monster Of A Custom Honda Grom
⠀ 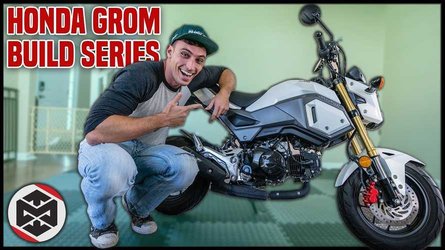 Big bikes, or bikes over 400cc, aren’t nearly as common, and are subject to higher taxes and fees than the smaller-displacement bikes that a large portion of the public rides. That baby Honda engine only makes a paltry 9 horsepower, and Kleff decided that simply wouldn’t do. So, he did what any self-respecting maniac with a bunch of skills and a whole lot of free time would do: he decided to stuff a Ducati 1199 Panigale R engine into that unsuspecting Grom.

What’s that, you say? The Grom’s delicate frame was never meant to hold such a powerful piece of machinery? While that might be true of a stock frame, that’s where Kleff’s engineering skills and general madmanning came into play. A whole bunch of hard work later, and a new engine-as-stressed-member frame held the new mill securely in place. The radiator was relocated under the saddle. That aggressive robot arm of a custom exhaust beckons you to come closer and have a look at this bike. Interestingly, unlike the Grominator, it doesn’t appear that Kleff used auxiliary fuel tanks in his design to feed the much larger engine he’d stuffed in his MSX125.

Sadly, a testing accident shortly after completion of this project rendered this build a lump of unrecoverable charcoal. A fuel line reportedly developed a leak, and the whole thing went up in flames. Kleff was reportedly planning to build another, and we’ll look forward to seeing it when and if he does. This ancient video artifact shot with a potatocam will at least let you know what it sounded like before this build went to the great scrapyard in the sky. Was it too pure a build for this world? Maybe.