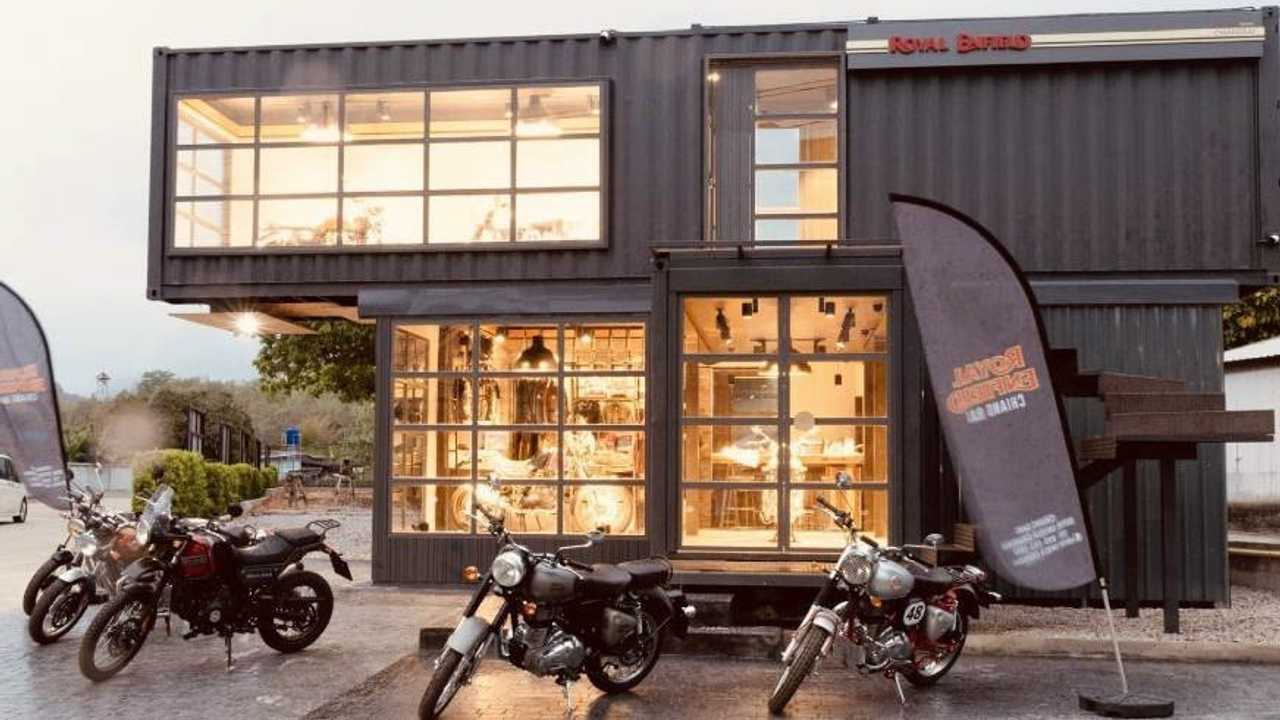 Could this be the future of motorcycle sales?

Royal Enfield has become popular the world over for their classic styled and simplistic motorcycles that present amazing value for money. Along with the bikes of course, a key element to their success has been unique marketing strategies that have captured the attention of customers across the globe. From highly organized dealership structures, to very attentive after-sales support, the company seems to be doing rather well.

A pretty cool thing that they’ve done recently comes to us from Chiang Rai, Thailand. Royal Enfield recently opened a dealership that’s quite unique—it’s portable and can be moved pretty easily. No, it isn’t one of those pop-up tents you see in motorcycle shows. The portable dealership is actually pretty well equipped with a showroom and workshop to boot. The mobile showroom displays both motorcycles as well as parts and accessories.

Made out of shipping containers, the whole structure is modular in a sense that it can easily be reconfigured in any way or layout they choose. Alternatively, if and when an opportunity to move to a location with more potential customers arises, Royal Enfield can easily dismantle and transport the entire showroom simply with the help of a few trucks and a bit of elbow grease.

At the moment, Royal Enfield is investing heavily in expanding its global reach and market penetration. Particularly in Thailand, where the company’s first assembly plant outside of India has been built. Royal Enfield has been eyeing several South East Asian countries as potential growth opportunities. The company has enjoyed sales growth in Thailand, Malaysia, and The Philippines among others. The company’s plans of global expansion have been strongly affirmed by the release of the 650 Twins: the Continental and Interceptor. The twins have received positive reviews and are, to date, Royal Enfield’s most technologically advanced and refined models.