Everyone is pretty much at liberty to ride how they want and while we can try to enforce and encourage safe riding, ultimately, each rider is in control of how they ride. We don’t condone dangerous and illegal behaviors but people make their own choices.

That being said, if they decide to do something remotely stupid, like, say, try to run from the police after being caught going over the speed limit, they should also be able to own up to their decision if or when they get caught. That’s a lesson a young Oklahoma rider learned the hard way. 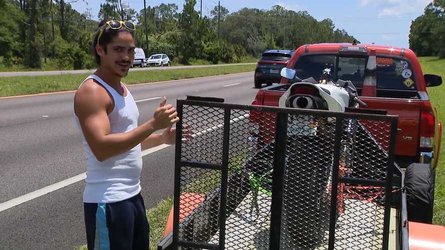 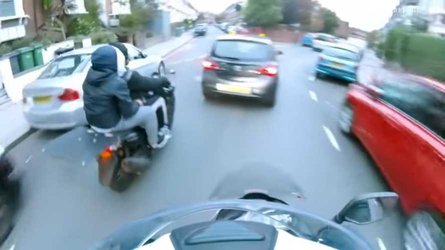 If you get caught going over the speed limit, even if it’s a minor speed infraction, the reasonable thing to do is to pull over, let the speeding ticket happen, and move on. It might hurt your wallet and your ego, but it’s usually a pain-free process that lets you go on with your day.

Unless, of course, you decide to try to outrun the police instead of complying. That’s the stunt 24-year-old Senior Airman Michael Alexander Workman attempted to pull on April 25, 2020. He was initially clocked going 80 mph in a 70 zone on Interstate 35 by Oklahoma Highway Patrol Trooper Walter Jack—a minor offence that would have cost Workman a bit of time and money but nothing more. Had he stopped on the first prompt.

The intervention was captured by the officer’s dashcam. In the video, we can see that as soon as the cherries and berries light up and the siren goes off, the two riders—including Workman—make it clear they won’t go down without a chase.

We can hear the officer narrate the events to his dispatch has he pursues the runaways at a speed of up to 183 mph. The high-speed chase finally comes to an end when Jack catches up to Workman who has likely slowed down due to denser traffic. As he pulls up to the rider, Jack yells at him to pull over through the open passenger window. This time, Workman complies.

The obviously pissed off officer swiftly proceeds to the rider’s arrest. While he’s handcuffing Workman, we can hear Jack tell him that he could have killed someone or killed himself, and that had he stopped earlier, he would have gotten away with a ticket.

His day is definitely not going the way he thought it would.

The officer then sits Workman in the car and heads out, probably to get the motorcycle taken care of. In the meantime, we can see that our young hooligan doesn’t seem to take to the whole situation very well. He squirms in the passenger seat, crying, probably realizing how much trouble he’s in. Play stupid games, win stupid prizes, kid.

According to Business Insider, Workman was charged with endangering others while attempting to elude a police officer which could get him up to five years in jail and or a fine of up to $5,000. He was riding with two friends on that day. One of them stopped as soon as the officer tagged them while the other Workman ran away with faces similar charges.