The aftermarket support for this machine has the potential to beat that of any other bike in the market.

When it comes to the synergy of man and machine in maximizing speed and performance, in my opinion, nothing comes quite close to sportbikes. With power, suspension, ergonomics, grip, and a plethora of other variables coming into play, the smallest tweak can make the biggest difference as to how the bike behaves on the track. Personally, sportbikes are among my favorite categories of motorcycling, and nothing gets my heart racing more than hitting the twisties, or the race track aboard a decently tuned sportbike—regardless of size or displacement. In fact I’d argue that I find it more enjoyable to flick a nimble, lightweight sub-400cc sportbike around corners as opposed to liter-sized machines.

Over the years, our obsession with groundbreaking performance has yielded exorbitantly powerful machines capable of astronomical speeds. So powerful in fact, that they need onboard computer assists just to be driven properly, and tame their liter-sized engines. Kawasaki, however, has ushered in another renaissance in the sportbike world, with their ZX-25R. Not to be confused with other small displacement sportbikes like the Honda CBR300R, or the Yamaha R3, the Kawasaki ZX-25R is in a class of its own. Built specifically with racing in mind, the ZX-25R comes with a 249cc DOHC inline-four engine, unlike its twin-cylinder rivals, and features trick components you wouldn’t find in any beginner sportbike. 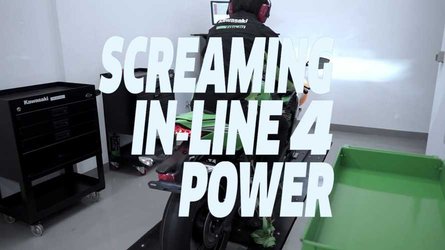 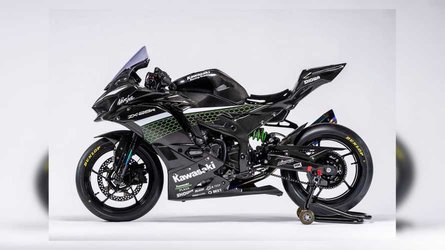 As expected, the Kawasaki ZX-25R has gained mass interest in Asia. We Asians just love responsive, nimble, and fun to ride low displacement bikes. Equally as expected is the potentially massive aftermarket support for a machine as purposeful as the ZX-25R. So much so, that Kawasaki Indonesia has released a teaser video of what appears to be a race-prepped ZX-25R being fitted with Sniper accessories. The full range of parts fitted on the bike was not disclosed, but observing the video eagerly clearly shows a set of adjustable rear sets, revised clip-ons, adjustable controls, and lever guards to match. All these mods truly make this machine a track day thoroughbred.