A 250cc engine with four cylinders, doesn’t that sound a little silly? It was a more widespread set up in the 80s, including in the early generation Ninja 250. It isn’t as widespread anymore but the concept of what seems like an exaggerated number of cylinders for such a small displacement isn’t entirely dead. It’s the case of the new Kawasaki ZX-25R introduced in Tokyo in October. Few details about the baby Ninja have been announced but we now get the confirmation the new ZX will become one of the highest-revving motorcycles on the market. 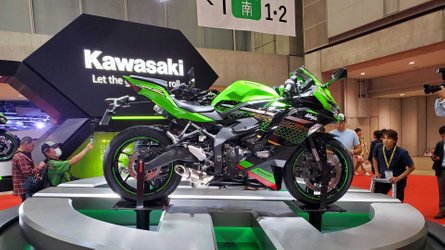 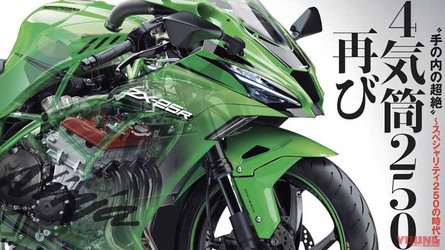 Kawasaki Indonesia released a video that unveils a few features of the new ZX-25R including its dashboard. Looking at the rpm gauge, we notice right away that there’s very little red on the dial. There’s no need for it: the tiny new engine’s redline is set at 17,000 rpm.

For comparison, the new Honda Fireblade CBR 1000RR-R redlines at 14,500 rpm. The Ducati Panigale V4 R, at 16,500. As for the Kawasaki Ninja H2, the red ceiling is set at 14,000 rpm. They are bigger engines, granted, but I find the comparison with some of the best-performing sportbikes out there interesting. Simply put, the higher revolutions threshold will allow riders to wring more power out of the tiny engine.

The new mill is expected to produce close to 60 horsepower—no official figures have been announced yet. To help understand what that number could mean, let’s compare it with former generations of the Ninja that were sold in the U.S. The Ninja 250 (non-ZX) produced 25 horsepower while the 300 was good for 35 hp. As for the current Ninja 400? It churns out a healthy 43 hp.

If the somewhere-around-60 turns out to be true, that’s an impressive amount of power for such a small bike. It should also result in an interesting power-to-weight ratio.

Sadly, for now, at least, there is no talk of the ZX-25R coming in the U.S. We’re not in “never, ever” territory but it might be a while before it crosses over, if it ever does. In the meantime, we’ll have to watch others have all the fun and read what they have to say about the new baby Ninja.