This MV Agusta Dragster Collab With TheArsenale Is So Playful 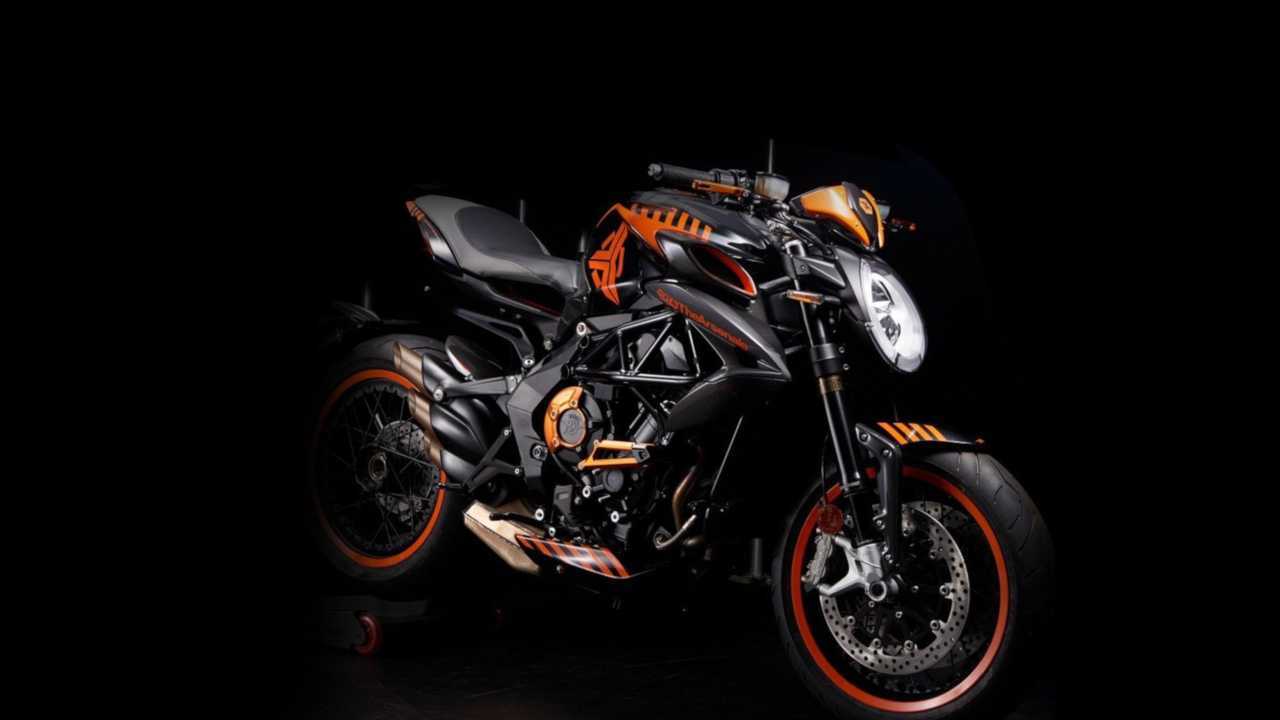 Champagne in your chalice.

The MV Agusta Dragster 800RR is already a bike that instantly grabs your attention when you see it. Chances are excellent that if you see a row of bikes, and it’s there, it’s going to draw your eye. Now, luxury boutique TheArsenale has collaborated with MV to create a one-off special version that shouts even louder.

DAB Motors And The Bloody Beetroots Collaborate On Custom Bike

That loudness is purely visual, in this instance, but it’s well-controlled and focused. The orange and black TheArsenale graphics complement the burnished bronze accents, such as those inimitable slash-cut exhaust tips stacked three high. It’s a bike that wants to excite you and get your attention, and it looks positively playful. For myself, I’d quite like the colors and the shapes if it didn’t have any words on it, but when it’s a brand collaboration, the reason for that display is obvious.

For those unfamiliar, TheArsenale prides itself on its dedication to “the motion universe,” and showcases independent designers and everything to do with high-end, exquisite transportation (and transport-inspired) design. From skateboards to drones to planes to boats to motorcycles to a Bluetooth speaker made out of a reclaimed exhaust from a Michael Schumacher-driven Ferrari F1 car, it’s more like a transportation gallery. Founder Patrice Meignan was a creative advisor for Renault F1 at one time, and his lifelong fascination with the inherent art of transport by all means drives TheArsenale.

If you’re interested in this one-off TheArsenale x MV Agusta collab, you’ll need to contact TheArsenale directly to find out the price. The organization has showrooms in Miami and Macau, as well as a head office in Paris. It’s unclear where this particular bike is living right now, but according to TheArsenale’s own page, “we ship all around the world and space.”