Moto Morini Enters The Adventure Segment With The X-Cape 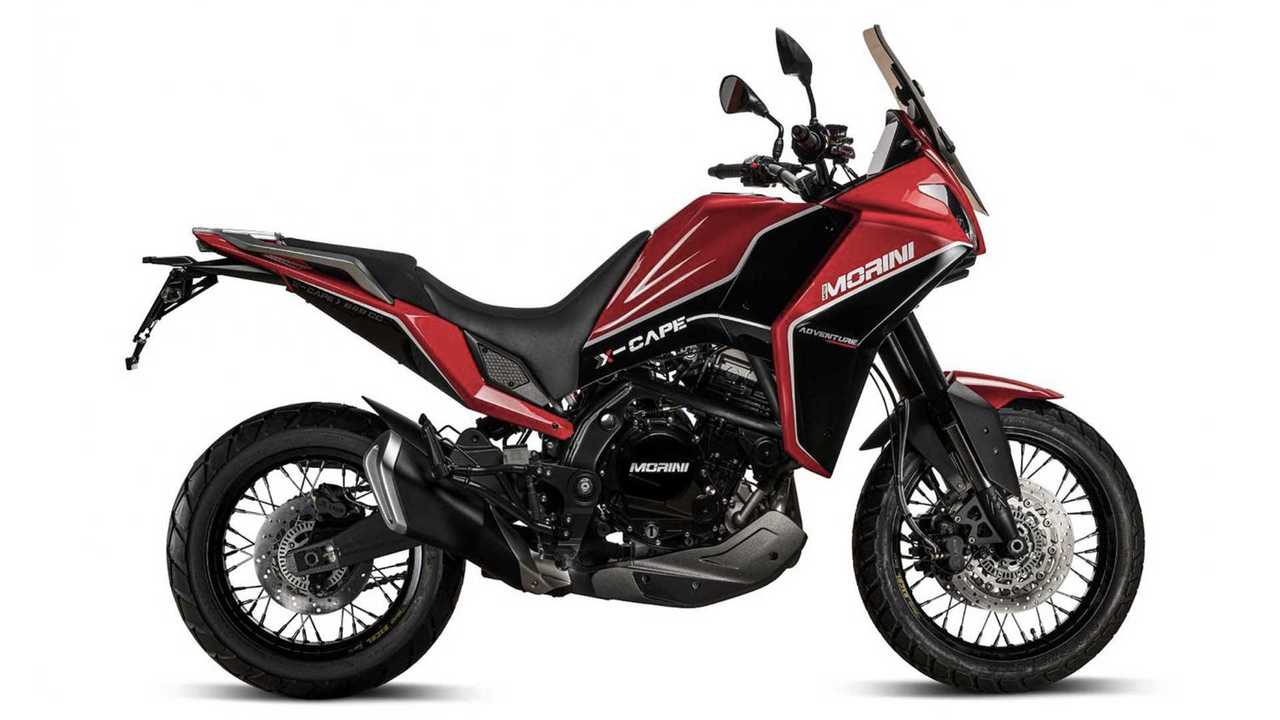 If you had any doubts left that the middleweight adventure bike segment is thriving, there were likely enough new ADVs unveiled at EICMA to get rid of them. While most of these models we will see in the U.S. at some point, some of them will go in the “Cool stuff Europeans get we don’t” category, including this very rugged-looking new Moto Morini.

The Italian manufacturer made its debut in the adventure segment in style when it unveiled the latest addition to its lineup: the new X-Cape 650. The X-Cape becomes Moto Morini’s second mid-range model alongside the aptly named Seiemmezo (Six and a half). It borrows the Seiemmezo’s 649cc, parallel-twin mated to a six-speed transmission.

Moto Morini doesn’t disclose how much the X-Cape weighs but we know that the seat is set at 32.6-inches which makes it a relatively easy bike to get on. The model is mounted on a 19-inch wire-spoke wheel at the front and a 17-inch one at the back. The bike is jacked up on a massive 50mm inverted fork with 6.3 inches of travel at the front and on a single shock with 5.3 inches of travel at the back. The model also receives a gigantic 7-inch TFT color display and sidecases can be added for more convenience. Other features include heated grips, easily-adjustable windscreen, and crash bars.

If the model is as awesome as it looks, it has the potential to offer the likes of the Ténéré 700 and the V85 TT some serious competition. Now the question remains: will Moto Morini remain a European exclusivity? Maybe not: the reps confirmed that now that it was settled back on the market, the company was ready to start expanding internationally. Whether that means America or not remains to be seen but there’s a sliver of hope!