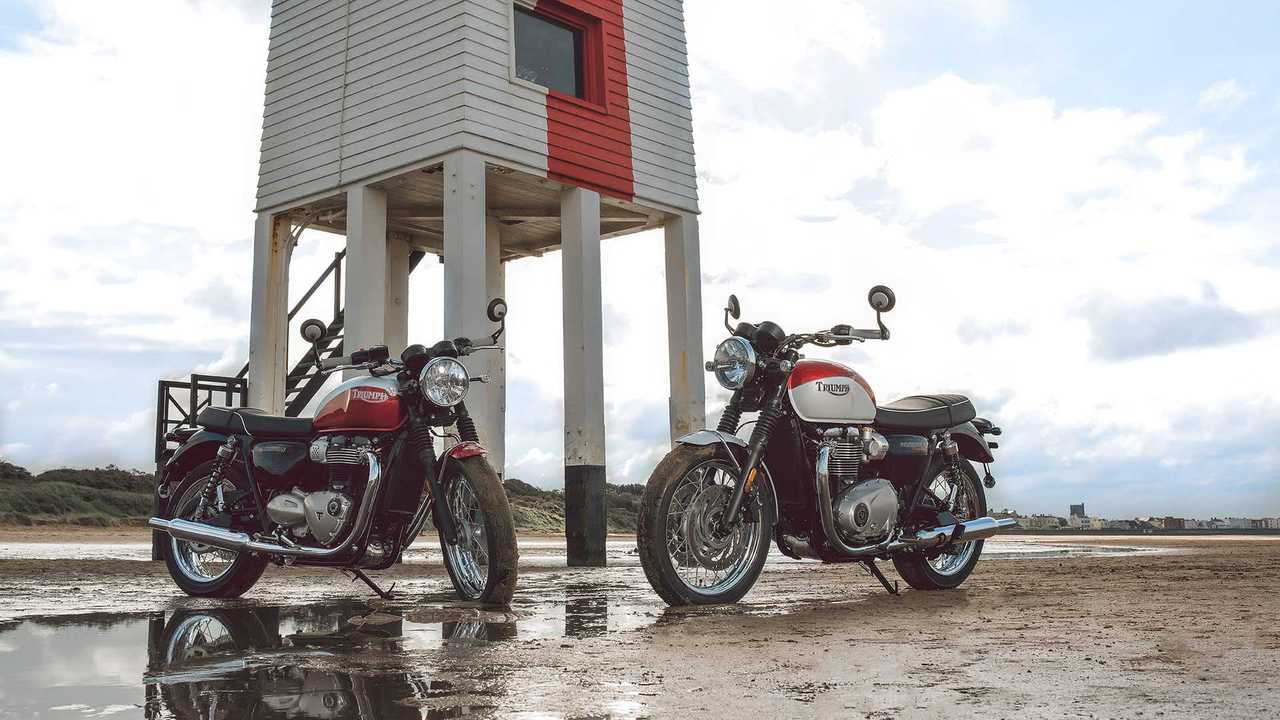 McQueen’s stunt double gets his Triumphs.

Alongside the new Bobber TFC and Thruxton RS, Triumph also introduced a pair of special-edition Bonnevilles at EICMA. The man behind some of Hollywood’s most legendary motorcycle stunts gets not one but to tribute bikes. Introducing the Triumph Bonneville T100 and T120 Bud Ekins Special Edition.

While the name Bud Ekins might not resonate as much as Steve McQueen’s, Ekins was the man in the shadow who performed some of the most iconic movie stunts out there, including the famous The Great Escape jump. Not only did Ekins perform the stunt on a Triumph TR6 Trophy, he later opened his own Triumph dealership in Hollywood, California. He wasn’t just good at making bikes fly; he was also good at selling them and for a time, Ekins’ dealer became the biggest in the world.

So there’s a bit of a love story between Bud Ekins and Triumph, which makes the two special-edition Bonnies extra special. The Bud Ekins Special Edition package includes a special classic two-tone livery, inspired by the 1959 Bonneville, decorated with a vintage Triumph logo (the T100 has the silver on red livery and the T120, the red on silver one). The look is complete with a flying globe Bud Ekins motif applied on the top of the gas tank and on the front mudguard as well as with a set of Bud Ekins-branded side panels. The gas tanks also receive a Monza style cap to complete the retro look.

The special editions are equipped with high-spec lighting, diamond-pattern handgrips, bar-end mirrors, and black engine badges. The two bikes use the same engine as their standard counterparts. The T100 runs on a 900c parallel-twin rated at 54 horsepower and 59 lb-ft of torque while the T120 uses the 1,200cc twin that produces 79 horsepower and 77 lb-ft of torque.

The two special-edition Bonnies will also come with a special certificate of authenticity signed by Triumph’s CEO Nick Bloor and by Bud Ekin’s daughters, Susan and Donna.