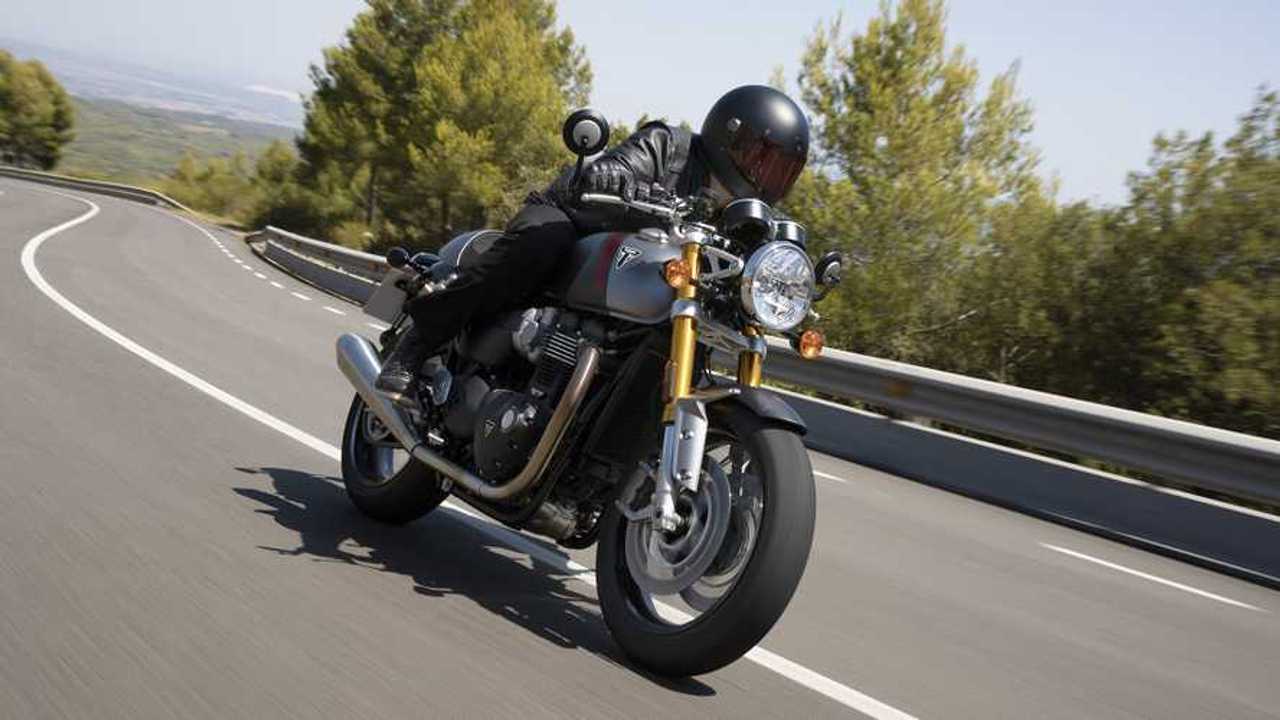 Triumph’s been pretty tame in terms of teasers this year after the Scrambler extravaganza of 2018. Hinting at what it was going to unveil at this year’s EICMA, the manufacturer kept things simple: a short video showing the side plate of the Thruxton RS. That’s it, that’s all we got to work with. While it doesn’t make for a lot of fun press, it did make for a delightful surprise when the new model was unveiled at EICMA. We were wondering what kind of upgrades the RS moniker would bring, we now have an answer.

The Thruxton RS now sits at the top of Triumph’s café racer lineup, above the standard Thruxton and the R. The new flagship uses the same 1,200cc parallel-twin mill that underlines the rest of the family except it produces more power than the “base version” for a total of 104 hp. The torque output remains the same at 82.6 lb-ft and the redline has been pushed up by 500rpm. Triumph describes the new block as more responsive and characterful.

The House of Hinkley was able to wring more power out of the twin thanks to an extensive list of updates that includes a low inertia crankshaft, revised ports, and high-compression pistons. An array of lightweight internal components also replace the standard ones, allowing the RS to tip the scales at 434 lb, a 20-lb drop compared to the entry-level Thruxton.

Design-wise, the model is very close to the entry-level model but does receive a few extra perks including an optional matte grey on black with red accents livery and a matte black engine cover. Triumph also offers a collection of 80 accessories compatible with the RS for some additional customization. The high-end model is supported by a Showa 43 mm USD big piston fork and a set of Öhlins shocks with piggyback reservoir.

Stopping power is provided by a set of Brembo four-piston, monobloc calipers with two 310-mm discs at the front and a Nissin two-piston caliper teamed with a single 220-mm disc at the back. The model is also equipped with ABS. The 17-inch circles are wrapped in Metzeler Racetec RR tires. The RS features a number of rider assists including three riding modes (sport, rode, and rain), traction control, and a torque-assist clutch as well.