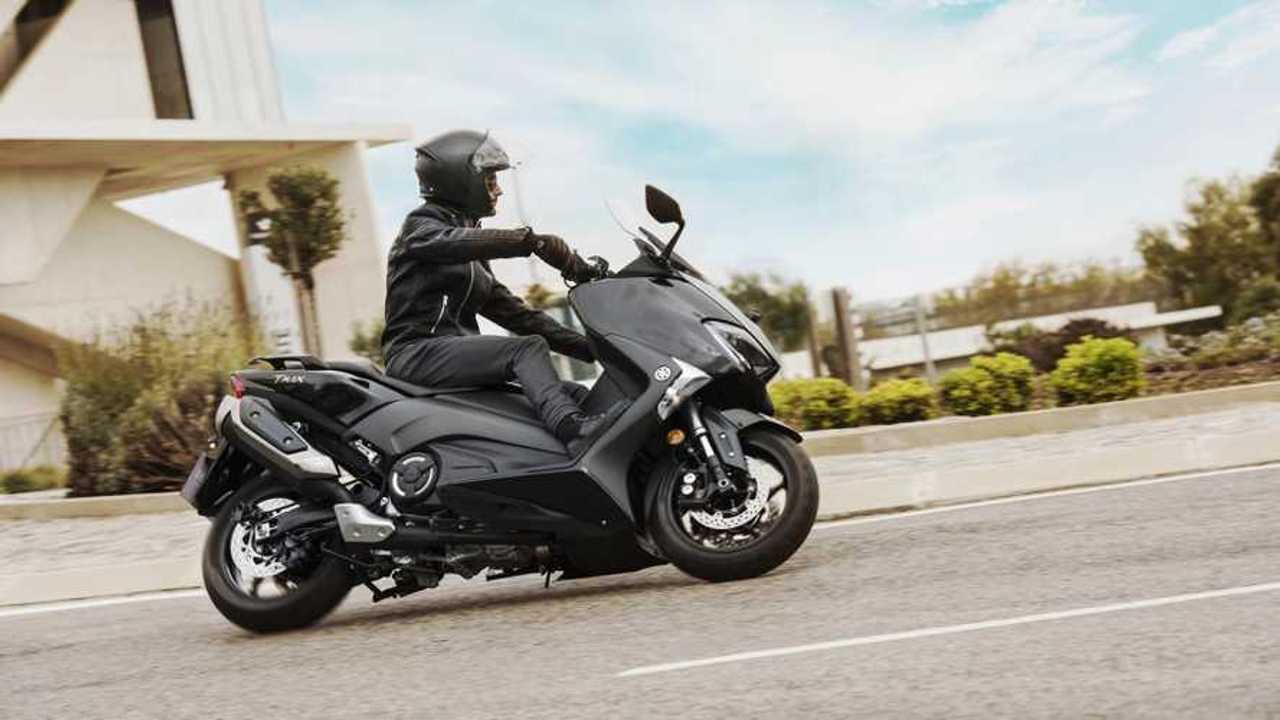 As always in the lead-up to EICMA there is plenty of speculation about new models or updates from the big manufacturers. Fans of maxi scooters could see a Euro-5 update to Yamaha’s TMax scooter at the show.

The two mid-size scooters currently on offer are the 155cc SMax and the 292 cc XMax. The bigger brother TMax hasn’t been sold in the USA for several years, and we may not get this edition either. That would be a shame, because the 530cc engine has been praised for its torque and power, as well as the handling and maneuverability of the scooter.

A 530 would fit neatly between the 400cc and 650cc scooters currently offered by Suzuki with its Burgman line up and BMW with the C 400 and C 650. However, speculation on European sites is that the next iteration of the TMax will be a 562 cc engine—albeit one upgraded to Euro 5 spec to fit within European emissions regulations. The current version, which has been around since 2017 in more or less the same guise, is only Euro 4 spec.

It would be unlikely for the new engine to get much of a bump in power, as some European markets have a 48 horsepower cap that allows more people to ride larger scooters under graduated licensing systems. The current model makes 45 hp at 6,750 rpm and  39 pound feet of torque at 5,250.

Maxi scooters pack a good mix of easy urban riding courtesy of a low center of gravity and an automatic, continuously variable transmission (CVT), as well as large-bike dynamics. The TMax has a 31.5 mm seat height and weighs in at 470 pounds, which is not exactly light, but it hides that weight low down in the chassis. The wheels are small for a bike, but big for a scooter at 15 inches.

The result is a rig that feels substantial but can be ridden through traffic with ease. Personally, I think maxi scooters make excellent second bikes, especially in areas where we ride year round. The large storage area makes them good for both commuting and running errands, while you can keep your sport bike or cruiser for the weekends.

Whether or not we’ll see an uptick in scooter sales in North America remains to be seen, but if we do, the TMax might make a welcome return.