Marc Marquez Is Fast On Every Kind Of Motorbike 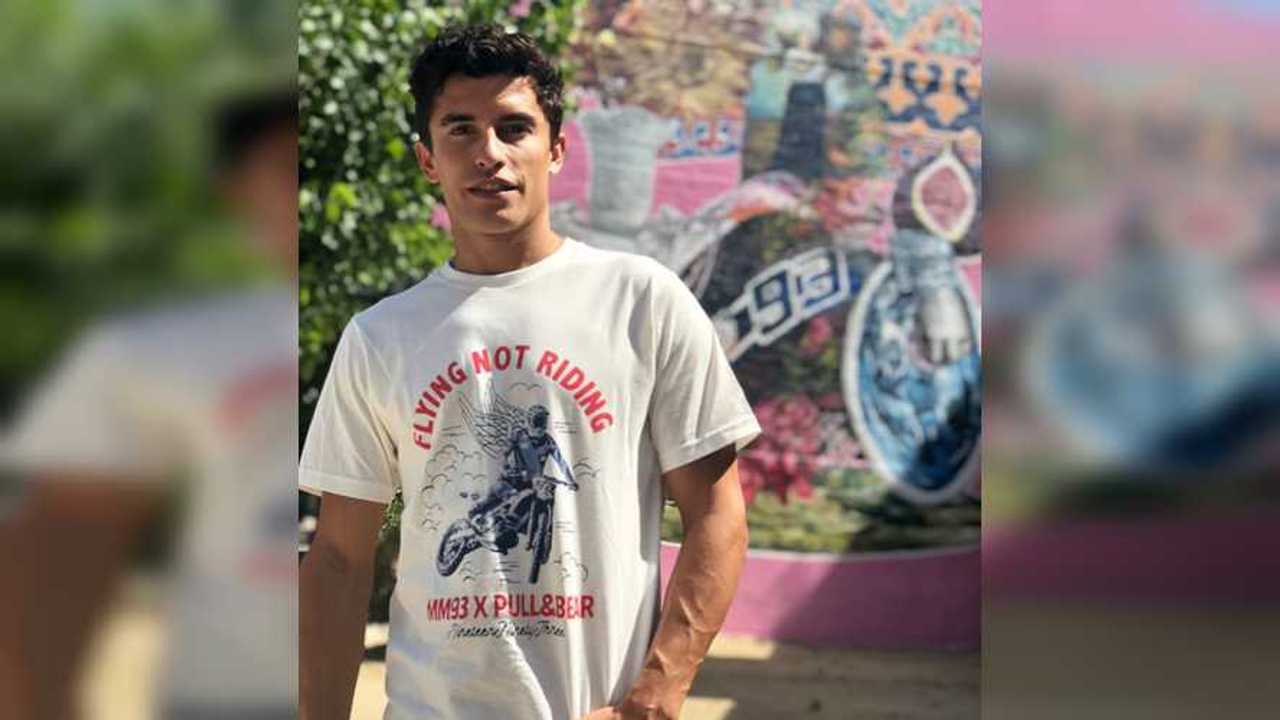 Dirt, pavement, you name it, he'll ride it.

If you don’t know who Marc Marquez is, suffice to say he’s pretty fast on a racing motorcycle. Turns out he’s also pretty fast on dirt. The Spaniard, who has been riding MotoGP since 2012 and has five MotoGP world championships under his belt, has been riding and winning races on dirt bikes since he was four years old. He may be the very embodiment of “start young” and “learn on dirt.”

Yeah, He Rides Everything:

Is There Anything That MotoGP Champ Marc Márquez Won't Try?
⠀

These videos show the champion rider tearing it up on his Honda CRF450R motocross bike on a track in Llieda, Spain. The track is only open a few months out of the year because the rest of the time it’s under water. In the summer months it dries out enough to ride a motorcycle around the unique red sandy soil. The fact that it’s soaking wet so much of the year grants it a perfect humidity for motocross riding—It’s never dusty or too loose. There’s not much elevation change throughout the track, but upkeep is a breeze. In addition, there’s not much plant life that will grow on a spot that’s underwater only most of the time so riders have a relatively obstacle-free ride.

Anyone who rides on dirt can’t help but be impressed by this clip of Marquez riding that damp dirt circuit. Those of us who are new to riding dirt and came at it from the pavement side of things are so much more careful than those who started dirt riding before they could drive cars. Feeling the motorcycle’s tires get all squirrelly and lose grip under you while you’re riding is usually directly followed by crashing the bike, when you’re on pavement. We pavement riders take a lot longer to get used to that sensation.

So here’s your call to action, all you motorcyclist parents: if your kids show any interest in motorcycles at all, get them a dirt bike and send them out to do loops in the back 40 instead of forbidding motorized two-wheelers. They’ll acquire a motorbike somehow, whether you want them to or not, and if you start them young and keep an eye on them, they’ll be great riders when they grow up. Perhaps you’ll end up with another Marc Marquez on your hands who will support you into your dotage with all their world championship winnings!