Yeah, Top Gun 2 is coming out and we're thrilled that he's still got that Ninja.

Who didn’t love Top Gun? And one of the most iconic scenes, not just in that movie but in any movie, is Maverick riding his Kawasaki GPz900R along the runway, essentially racing a fighter jet. Let’s not mention the fact that he was riding a motorcycle that was strapped to a trailer at the time. 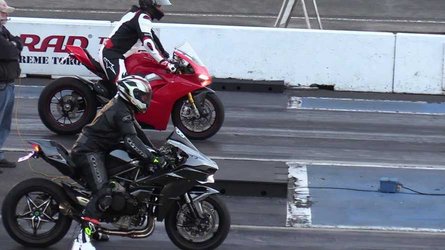 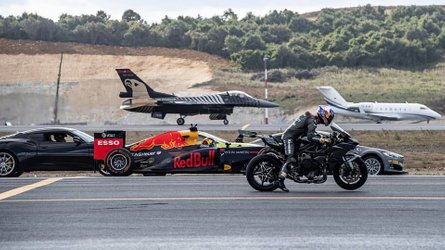 Top Gun was one of the movies that shone a favorable light on motorcycles. Our hero rode one and loved it, and it definitely increased his sex appeal in the movie. Add to that, that it was a sport bike and not the typical American cruiser. It was one heck of a Kawasaki commercial.

The next Top Gun is in the works, and the trailer has just been released. In it we see Maverick, still flying and still riding his old GPz Ninja in one scene. In the next he is riding a newer bike, specifically an H2, but it is still a sport bike.

The juxtaposition then, and now, of a sport bike and a fighter jet pulled motorcycles, especially sport motorcycles, into the light of the American consciousness.

For a long time, until Charley and Ewan took us around the world with them and introduced the public to the BMW Adventure Motorcycle, the only two motorcycles that were really embedded in the American consciousness were a “Harley” and a “Ninja.” We’ve all spoken to those people who had very limited knowledge about motorcycles: if it’s a cruiser, it’s a Harley. If it’s any kind of sport bike, it’s a Ninja. That Ninja is Top Gun’s legacy, right there.

Not only did the movie advertise the motorcycle, but it cast the bike as a counterpart to the all-American hero. Too often, motorcyclists are portrayed in the media as the bad guy, or gang members; we are generally a dangerous and shifty bunch, you know.

So here we are back again, “thirty-plus years” later, and Maverick is still flying fighter jets, and he’s still riding (and obviously loves) his motorcycle. Keep riding, Maverick, and congratulations for getting that bike off the trailer! Even if the filmmakers just deleted the trailer and tie-downs with CGI, it’s an improvement!