Can a bike this adorable also be practical?

Narrow streets, traffic circles, double-decker buses, and general pedestrian and vehicular congestion together make London a trial to navigate for riders. Still, it’s a lot easier to park a bike than a car—especially if it’s a little 125cc, like a Honda Monkey. That’s why Car Throttle’s Alex decided to take his shiny new 125cc license and do a commuting race.

Ride To Work, But Don't Get Wet: 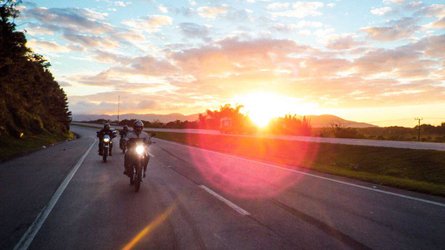 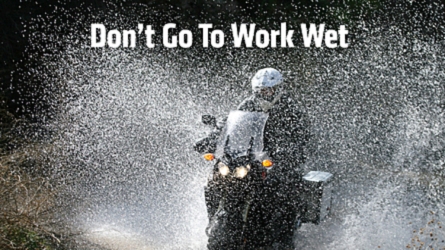 Anyone in London—or any other major city with a halfway decent public transit system—will tell you that public transport is much less headache than trying to park most of the time. If you haven't had this particular 'pleasure,' the frustration ranking usually goes something like this: Public transit > Bicycle > Motorbike > Car. Naturally, Alex needed a coworker to compete against, so Ethan of the Car Throttle channel stepped up and took the Tube.

After determining that each of their journeys should normally take around 40 to 52 minutes (40-ish for public transit; 52 minutes for a journey via motor vehicle and surface streets), the two set off to see who would get to work first. Even though Ethan cheated slightly and broke out into a run from the Tube to his office toward the end, and even though it was fairly rainy and new rider Alex had never ridden in rain before, Alex somehow managed to beat Ethan’s time by nearly 10 whole minutes.

That's when the true question raised by this video arose: Can you use a Honda Monkey as a shopping trolley at your local corner grocery? The answer, it turns out, is yes—but only if you also slip your friendly corner grocer a 50 ahead of time. Additionally, you can’t mind stuffing your small selection of groceries inside your partially zipped jacket as you shop. If all that perfectly describes you, then you’re as golden as that Monkey.

This kind of commuting is where the Monkey—I’m sorry, but also I'm not—truly shines. Not riding through Peru, but navigating sometimes narrow London streets and successfully filtering through congested traffic. Wouldn’t you try it if you could?