11 Things No One Tells You About Your First Ride

We often forget to mention a few things you should expect when you start riding.

Aspiring motorcyclists of the internet age frequently search for articles and forum posts to tell them what to expect once they hit the road on two wheels for the first times. There's a lot of good advice and some not-so-good, but chillznax points out a number of things we often forget to mention in this informative video. 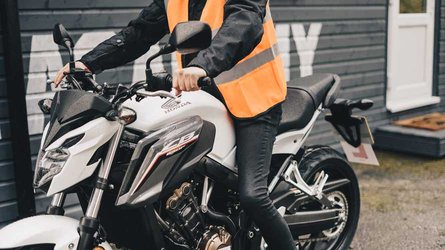 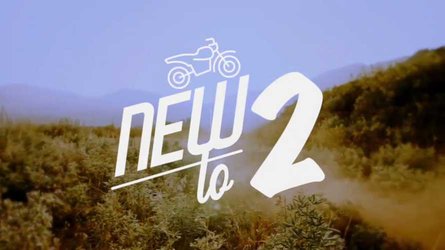 1. Respect For The Machine Is Not Enough

The most common advice new riders get is to respect the machine. Almost any motorcycle, even a tame beginner bike, can outrun almost any car on the road. The thing is, any new rider with a sense of self-preservation is fully aware of this, as well as the fact that they don't have the experience to properly handle the bike yet. Most riders aren't popping wheelies and burnouts on their first ride because they already respect the machine.

2. You Will Hit Random Buttons

Even before taking the MSF course, I bought The Complete Idiot's Guide To Motorcycles, with a keen interest in learning exactly where all of the controls were. With so many controls placed by your thumbs, you're bound to hit the horn when you intend to signal at times. Some say this is a newbie thing, but since different bikes put their controls in different places, I've personally never completely outgrown this.

3. The Throttle Is Very Touchy

A small engine with a small flywheel is much more responsive to throttle inputs than a larger car engine. That, plus inexperience with a hand throttle, means that you'll be revving the engine too much at times. This just takes practice.

4. Downshifting Is More Jerky Than You Expect

For similar reasons, shifting to a lower gear isn't very smooth, even if you do it slowly. There are techniques such as rev matching that will help with this, but as a newbie, you haven't learned those yet, and your attention should be on mastering basic bike control first.

5. The Bike Is Much More Stable At Higher Speeds

The MSF course has you poking around a parking lot, but once you hit higher speeds on the street, it's amazing just how much more stable the bike is. It actively wants to stay upright instead of falling over, and the faster you go, the more pronounced this effect is. It's simple physics, centrifugal force and such, but you have to experience it to really understand it.

One of the most important skills the MSF course teaches you is countersteering, which is necessary to make a bike turn at higher speeds. Ironically, this technique doesn't work at slower parking lot speeds. You simply don't have the momentum for countersteering to have the desired effect. Fortunately, slow speeds are the only time that simply turning the handlebars works.

7. Feeling When To Countersteer Comes Quickly

As you accelerate, there comes a point when you should stop turning and start countersteering. This transition speed varies, but with experience, you will simply know when to change your cornering technique from one to the other.

In a car, you simply press the brake (and push in the clutch if you're in the small minority that drives a manual transmission), then you stop. On a bike, you have two brake controls, a clutch, and a shifter to manage, all while making sure to move a foot off the controls and onto the ground before tipping over. The MSF teaches you to use both front and rear brakes, pull in the clutch, and downshift to first gear while you're still moving. Then use your left foot to stabilize yourself, riding the rear brake with your right foot until you're completely stopped, at which point you can put it down if you want. That's a lot to manage all at once, especially for a new rider. You will mess this up. I still don't always get this right. It's OK.

Suddenly, on a motorcycle, you have all this space to play with inside your lane. You can hug the left, the right, or the middle of it. Pothole cratered roads magically smooth out as you can swerve around the bumps without leaving your assigned lane. That's so cool.

In this case, I mean what gear the transmission is in, not what riding gear you're wearing. My Honda PC800 has gearing and an engine RPM range like a car, but it's the exception to the rule for motorcycles. You may find yourself lugging away from a stop in a gear that would be appropriate in a car but is way too low on a motorcycle. Some bikes can hit 90 mph in second gear with no problem. Learning when to be in what gear just takes practice.

11. Getting Used To Higher Engine RPMs

On a bike with a 14,000 RPM redline, cruising down the highway at 6,000 RPM is perfectly OK. You wouldn't want to try that in most cars, especially since this is past redline for some engines. A smaller motorcycle engine can handle higher revs with ease. The inline-4 engine that many sportbikes use runs quite smoothly, and you won't even notice when you're routinely running it at revs that would make many car engines explode.