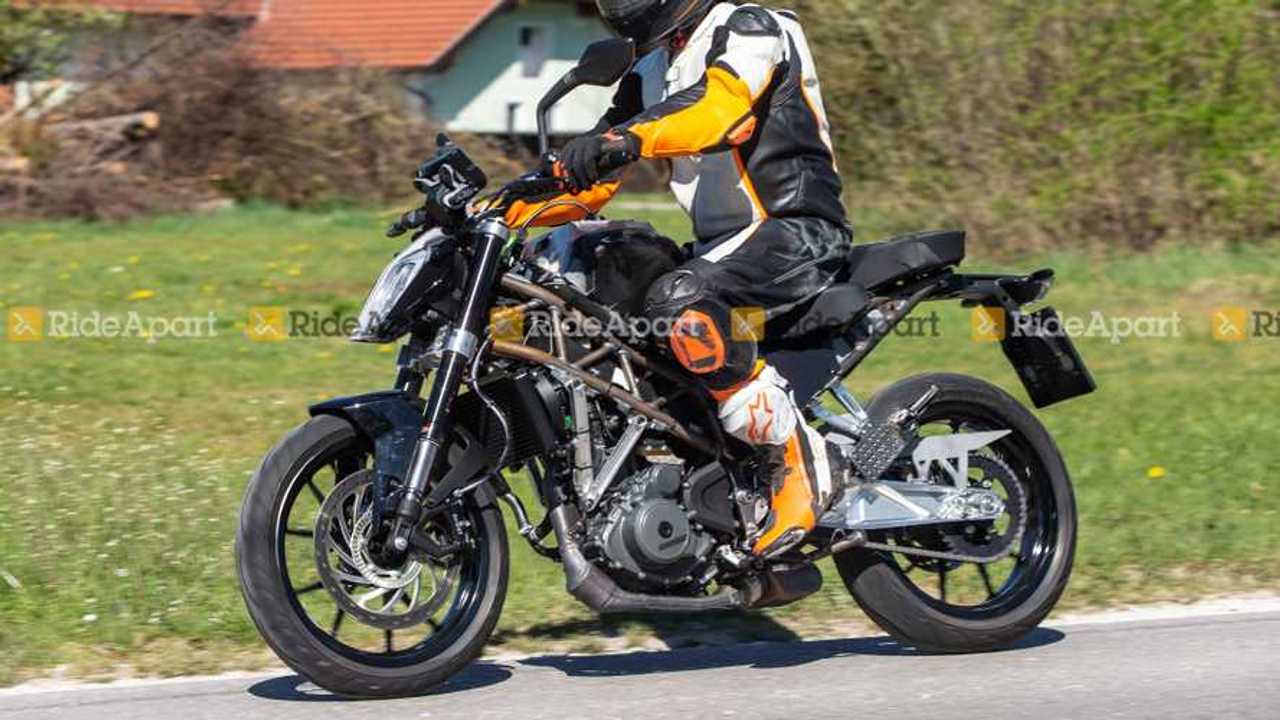 City bike, commuter, track bike? Yes to all of these. And we have spy shots.

We are living through a small-displacement motorcycle renaissance, and I am here for it. I’ve noticed a trend in all of my riding buddies who have been at this sport for 2, 3, and some approaching four decades now, and that is this: we all start out on little bikes, because that’s what you do. We then climb onto larger and larger machines until… something happens, and we miss our little bikes. And let me tell you, having experience stuffing enormous sport-tourers into the twisties makes hopping on a tiny thing effortless to the point of hilarity. The things you can DO with these machines!

If you’re at that stage in your riding career, you are in luck, because we have a man on the inside, and these spy shots of the new-to-the-market 390 Duke are fantastic considering they were taken with a shoe phone.

You may scoff at a tiny bike but I am here to tell you: you will never have so much fun as on a small, lightweight, dialed-in, well-designed sporty little thing. Sure, it won’t handle long highway slogs as well as your gigantic tourer, but that is not what it is for.

KTM first introduced the baby Duke at EICMA in 2012, and has redesigned it for release in 2021. The global KTM best-seller will have a new frame, new geometry, new swingarm, and the overall dimensions of the bike will be slightly larger than the first iteration. Its 372cc engine is getting some improvements, too, in the form of a modified cylinder head and redesigned exhaust manifold.

Our trenchcoat-clad insider says to match the newly redesigned swingarm, the 390’s forks are getting an upgrade along with better brakes. In the cockpit you’ll see the LCD display replaced with a TFT (that’s Thin Film Transistor) screen with smartphone compatibility, and that means it’s probably going to be in color, too. Fancy.

We’ve been reassured that the Austrian manufacturer will not use all of these improvements and redesigns as an excuse to up the price very much on this spanky little machine. The current version’s asking price is $5,500 US, new, which is on par with its German and Japanese little-bike competition.