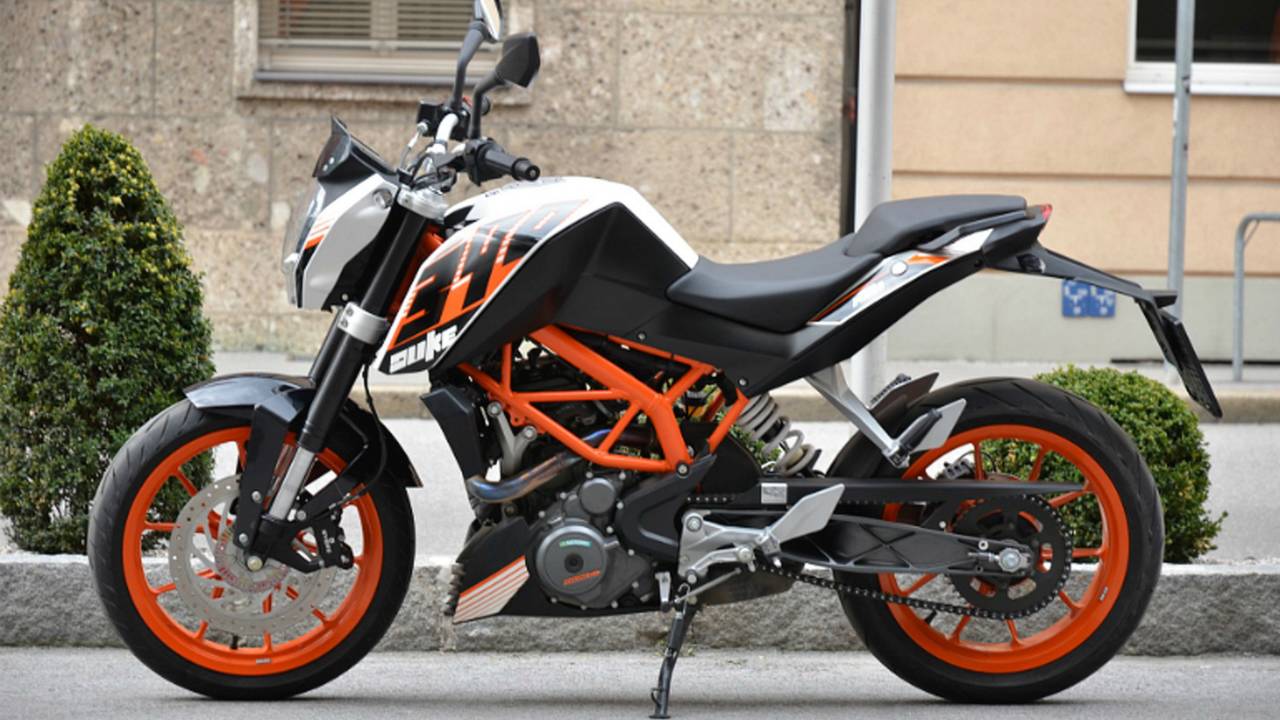 The KTM 390 manages to do a great job of being a small bike that doesn't look like every other small bike out there. I’ve found the bike I’m going to recommend all my new rider friends buy.

I'd rather ride a slow bike fast than ride a fast bike slow. Puttering along in 6th isn't my idea of a good time. Being able to rip through gears, brake hard, flick a bike through low speed corners, and exit without breaking the law is way more engaging. Maybe it's because I used to be a Miata guy, but that's what I call fun.

READ MORE: Living the Ducati Life… If Only for a Day | RideApart

Give me skinny tires, lots of RPM, and a light, flickable bike any day of the week. The KTM 390 Duke is all three of these in a reasonably inexpensive, enjoyable package. A few weeks ago, I had the opportunity to test out this bike's city chops and learn exactly how lazy my torque-filled 865cc bike has made me. Given a chance to get back to my Ninja 250 roots, I took it. Afterwards, I started trying to figure out how to take a KTM home too!

Carrying styling cues over from its big brother 690, but with a seat height low enough for me at 5'7'', was a pretty great thing to see. It was even better to ride.

The 390 has a great feeling motor that just begs you to run it through the revs. Paired with a fun burble and pop on deceleration, it just brings a smile to my face every time I think of it. Its upright riding position makes for good visibility, and comfortable positioning. It's not getting anywhere exceptionally quickly, but it's faster than most cars around you. In town or on the freeway, you've got enough power to be engaged and entertained. Laughter was pretty much always a downshift away.

Plenty of Torque and Possibility

Riding around Seattle, I found myself up in top gear quite often. There was more than enough torque to keep me up there. While my Bonneville will leave lights in 3rd when you're forgetful, that's definitely not in the KTM's wheelhouse. The gauges were more than happy to tell me that I was being a fool, but since I was looking around—I never noticed. This bike's power band encourages you to be involved in the process, and when you check into what you're doing, it's worlds of fun.

At 220 pounds, I’m not a small guy. I walked away from the experience thinking, "You know, springs and a rear shock, and this bike would be even more fun!” Then I stopped, thought about it and realized that the bike was compliant, not under-sprung. It did a great job of soaking up pavement heaves and cracks without ever bottoming out or surprising me as a rider. I'd definitely love to spend more time with this bike, I have this feeling it’d be a pretty competent baby-ADV bike with some gear on it. It’s light weight and the compliance makes me think it’d be way more fun to play with off pavement than some of the heavier, larger bikes I’d have trouble controlling.

Eventually, fun time was over. It was time to go get stuck in traffic on my usual bike. While I was happy to see it again, I found myself looking back at the KTM thinking “what if?” Given time and a big enough garage, the more accurate question is probably “how soon?”

In the KTM 390 Duke, I’ve found the bike I’m going to recommend all my new rider friends buy. For the price differential between this bike and the rest of the 300/500cc bike class, I just like the seating position and sound more. Honestly, I'd rather borrow this from my friends over anything else they might buy.