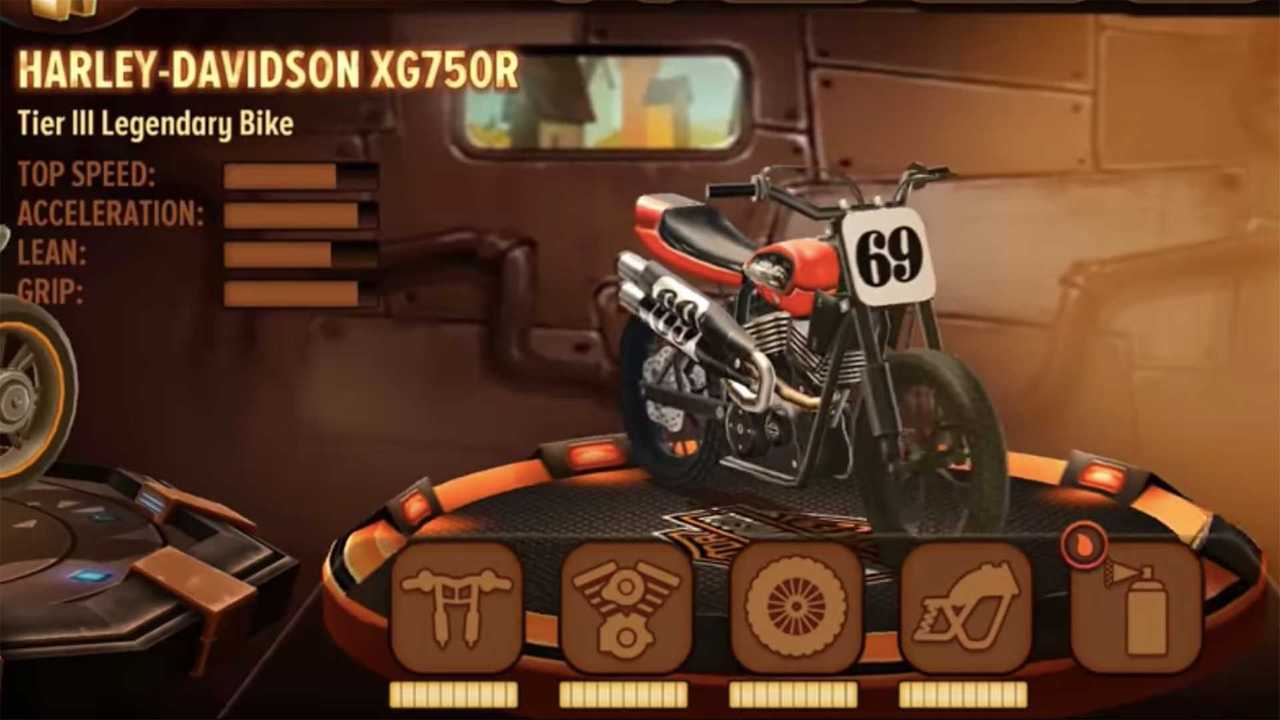 Harley does have a sense of humor after all!

Kudos to Harley-Davidson for exploring new paths. In recent months, the company has announced its intention to dabble in electric push bikes and scooters, as well as its partnership with Envision Virgin Racing for a Formula E sponsorship. Now, the company is making an unlikely move to smartphone games by featuring its flat-tracker in the Trials Frontier game.

Play All The Games:

Trials Frontier is a straightforward motorcycle stunting game. Ride forward, land the jumps, receive coins and points. It hardly gets simpler than that, unless you play Google’s T-Rex game when your connection is down. The quirky game is set in a Far West-y, Post-Apocalyptic-y setting and like Mad Max, you ride on your rugged off-roader through the obstacles. As you move through the stages, you get to upgrade your bike to improve its performance out on the field and ultimately, as you level up, you eventually get to straddle the Harley XG750R. Of course, riding on a Harley wouldn’t be complete without the branded orange-and-black gear, available in the avatars as “Asphalt Feeder”.

The physics of the game are pretty entertaining as you watch your guy bounce off his head when you miss a landing. Considering how cartoony it all is, the rider’s ouches and yelps are funnier than they are distressing.

Funny enough, the Harley you get to ride on is one you can’t actually buy, since the XG is strictly reserved for competition. That being said, it’s also the only model that makes sense and fits the scope of the game. The rider and the bike sport the number 69 which is Harley-Davidson’s factory team racer Sammy Halbert’s racing number.

Ubisoft’s Redlynx Studio, creator of the game, has also created a special event for the occasion; the Harley-Davidson Rally. The event will unfold on 25 days, from April 25 to May 20, through five legs and 50 tracks. Participants will get to ride on spec XGs and the best-performing players will get rewards including the XG750R blueprints (to build the bike), new tracks, and the Rank 1 players will receive the fully-built bike (in the game—not in real life).

Harley is apparently working hard to change its image and is making bold moves to make it happen. We’re not sure how it’s going to go, but it gets an A for the effort.