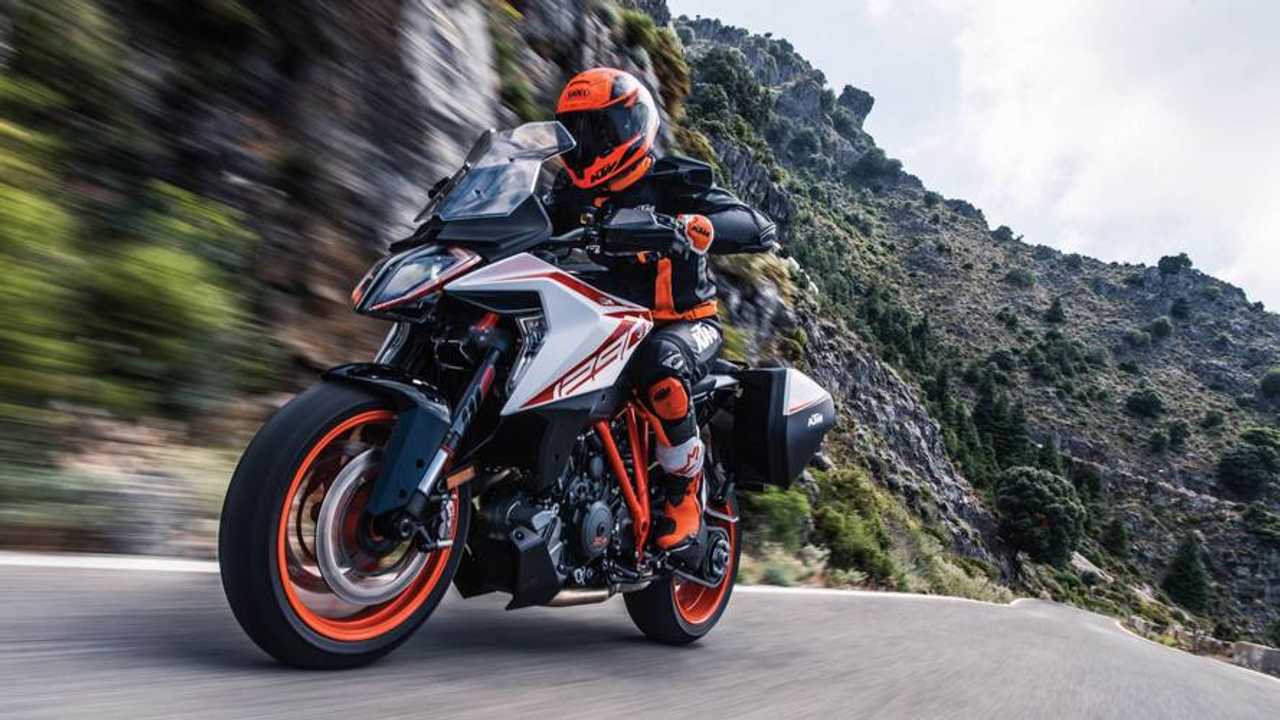 The Starship Troopers have their work cutout for them; they'll have to catch it first.

What happens when you slap saddlebags, a cozier saddle, a higher handlebar, and an adjustable suspension on a sportbike? It becomes the 1290 Super Duke GT. Despite being only two years old, KTM decided to show the Super Duke GT some love with a flight of upgrades for the 2019 model year, as unveiled at Intermot.

Win a KTM 1090 Adventure R and Help a Good Cause

The most obvious changes are aesthetics, including the new front portion design that now borrows from the model it’s based off, the Super Duke. The slit in the middle of the beak-like cowl gives the feature a mandible look, complete with new LED headlights and crowned with a brand new adjustable screen. Finally, the handguards have been redesigned to improve their aerodynamic integration, meaning they won’t catch in the wind as much. These design choices were made in order to improve the bike’s wind and weather protection.

The GT also receives navigation, displayed on a new 6.5 inch screen thanks to the now standard KTM My Ride functionality, teamed with Bluetooth connectivity which allows the rider to pair his smartphone with the motorcycle’s interface, accept phone calls, and control the audio.

The 2019 Super Duke GT gets the cruise control and a smarter, adjustable, semi-active suspension with real-time adaptive damping rates and three riding settings. The heated grips will allow the owner to extend the riding season beyond the warm and sunny days while the Quickshifter+ system virtually eliminates the need to use the clutch on up and downshifts. The matching panniers are offered as standard equipment for optimized convenience.

For 2019, the Super Duke GT keeps the same 1,301cc, 75-degree V-twin engine as its sportier counterpart, however, the block has been updated with titanium valves and intake resonator chambers which, KTM claims, increases the model’s output—no official numbers have been announced. Pricing and availability have also yet to be confirmed.