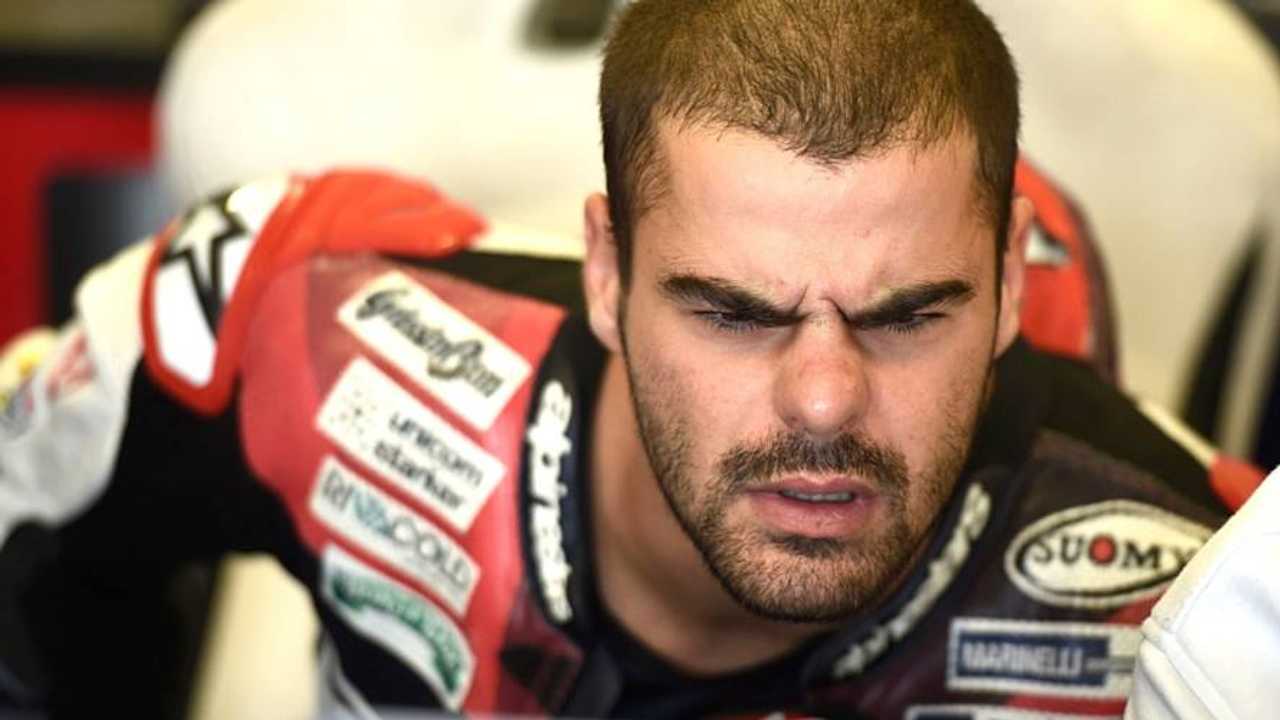 It's been a hell of a week for Romano Fenati, and it's only Tuesday. On Sunday, September 9, 2018, he grabbed rival Stefano Manzi's front brake at 140 miles per hour during the Misano Grand Prix in San Marino. He was banned for two races for that little stunt. Then on September 10 he got fired from his team and fired from the team he was going to ride for next year—the team, by the way, that Manzi races for. Now today, September 11, Fenati announced that he's quitting motorcycles forever.

“I’m finished with the motorcycle world, I will not run again," Fenati told La Republica. "I was wrong, it’s true: I apologize to everyone.”

Now, that's a pretty nice apology, but then he had to go and ruin it by blaming his dangerous actions on Manzi. According to Fenati, Manzi made Fenati grab his brake because Manzi was being a meanie during the race and rode into Fenati three times.

“Do you want to see my helmet and my leathers? There is a long black strip, the Manzi rubber," he said. "He (Manzi) attacked me three times and he could have killed me too, as you say. The last time I had it done to me was 500m before (his incident), then I thought ‘now I do the same, I’ll show you that I can be bad’ and maybe you will finally understand what it means. But I never thought to hurt him, I swear.”

Okay, champ. Sure thing. La Republica also stated that Fenati was already considering quitting the sport due to criticism and had a clause in his contract with his race team Marinelli Snipers that he could quit racing at any point in the season. How convenient, considering the ensuing uproar.

After the brake incident on Sunday, the sporting press—including yours truly—and other racers were all howling for Fenati's blood. Specifically, we were all calling for a lifetime ban for Fenati. Well, I also may have suggested that he be banished to Palermo to sell used cars for the rest of his life. MotoGP star Cal Crutchlow had this to say about Fenati's shenanigans,

“He should never compete on a motorcycle again,” Crutchlow told The Independent. “He should have walked back to the garage and his team should have just kicked him straight out the back. You can’t do this to another motorcycle racer. We are risking our lives enough.”