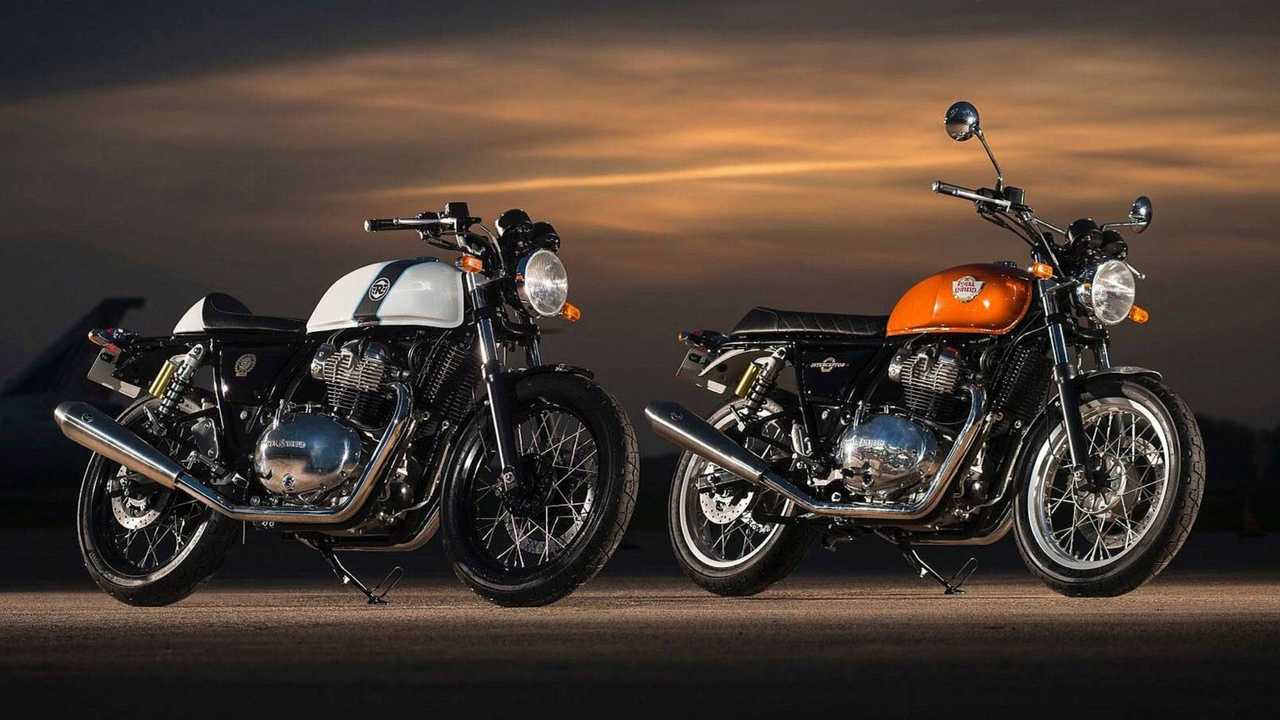 The new Enfields are so close we can taste them.

If like us you've been holding your breath for the introduction of the all-new Interceptor and Continental, it looks like we finally have a date with bonus specs.

Two months ago, Royal Enfield announced that the launch of its new Interceptor 650 and Continental GT 650 on the market had to be delayed and that the local Indian market would likely have to wait longer to see the twins. Then, the company just left us hanging with not even a hint as to when we could expect the hyped 650s in the showrooms. The wait is over, we finally have a date and it looks like not even India will be left behind: the Interceptor and Continental will launch in November 2018 globally.

Not only do we get a date, we also get to sneak a peek at the new models' service book, leaked on the web by the people at Team-BHP.com. Looks like the dealers are prepping up! The three pictures give us the twins' full specs including dimensions, weight, types of fluids, suspension, etc.

The Interceptor 650 will be slightly bigger than the Continental GT 650 (only by a few millimeters really). The Interceptor will weigh in at 445 lb, versus 436 for the Continental. We also get the full engine specs, a 648cc, air-cooled, four-stroke, parallel twin cylinder engine teamed with a six-speed gearbox. The gas tank will have a capacity of up to 12.5L on the Continental and of 13.7L for the Interceptor. Both are built on a steel tube, double cradle frame mounted on a 41mm front fork and twin coil-over-shock suspension. They will also be fitted with 18-inch wheels.

And now we know!

The service manual pages have a lot more information to give out and we'll you discover them for yourself. In the meantime, we finally get a little something to chew on for three more months. Mark your calendars, the Royal Enfield Twins are finally coming!