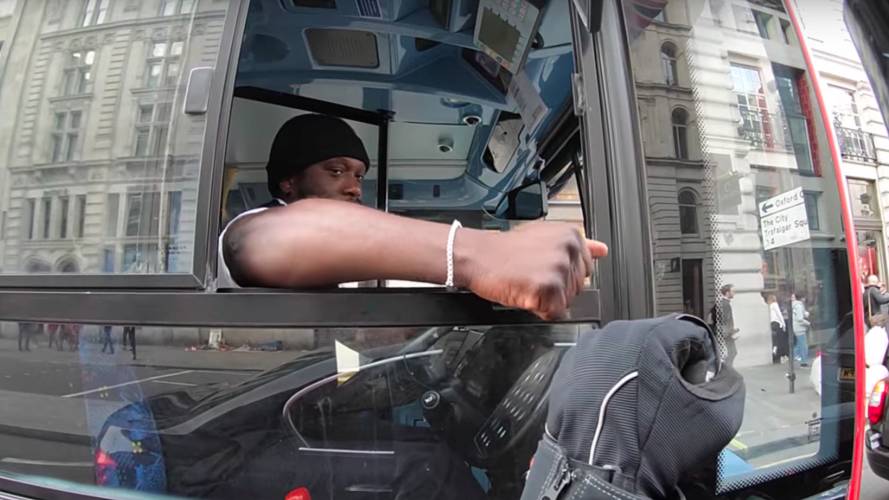 Sometimes, it's nice to show the good side of riding and prove that not all drivers want to kill you. Sometimes, drivers have your back, like in this video.

Sometimes, just sometimes, random drivers have your back

When it comes to sharing footage taken from motorcyclists' GoPros, it's often to show something incredible or incredibly stupid. If Jackass has taught us anything is that people doing dumb stuff ranks high on our entertainment scale. Sometimes, only sometimes, these videos can also show the human side of riding; it's not only about stunts and getting hurt, it's also about some people looking out for each other! This video is one of them.

FAILS ARE STILL FUNNY: 8 Ways To Miserably Fail at Loading a Bike

YouTuber Royal Jordanian enjoys strapping a camera to his helmet and documenting his rides around London, England. He then edits and creates entertaining first-person videos complete with his comments on certain situations. RJ, as he identifies himself on his website, owns a fleet of pretty cool bikes including a Husqvarna Nuda 900R, a BMW S1000Rs, and even a Honda MSX125 (Grom).

WHY THO'?: Video: Curtiss Motorcycles Wants You to Do It

While most of the time, RJ pokes fun at some of the more annoying drivers he encounters with well-placed sarcastic comments, one of his recent videos highlights that not everyone on the road is a jerk.

As he knits his way on a crowded London street on what sounds—or doesn't sound—like an electric motorcycle, he pulls up to a stopped double-decker bus. As he is about to pass the bus, cruising between the lines of slow-paced traffic, a hand pokes out of the bus window, signing him to slow down. As he stops, you can see appear at the front of the bus a pedestrian looking to cross.

DON'T BE THAT GUY: Rider Arrested After Posting Video of Chase

After a brief "You go. No, you go." exchange and the pedestrian smiling and nodding a quiet thank you, RJ then turns to the bus driver with who he exchanges a thumbs up and a fist bump. The guy pretty much just avoided a collision.

See? Not everyone wants to see bikers get hurt or hurt others. Sometimes, people can be pretty cool and even have your back! How's that for a feel-good Friday?