Behind The Scenes Of The Most Epic UTV Video Ever Made 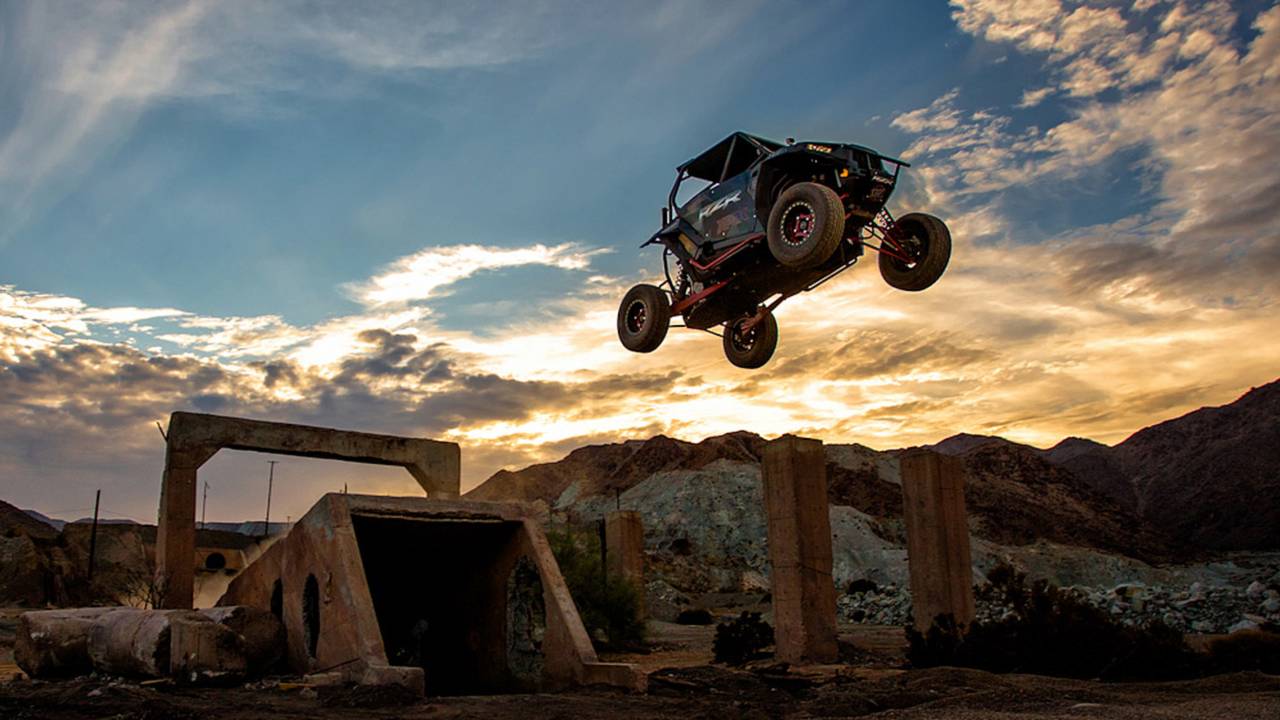 Behind The Scenes Of The Most Epic UTV Video Ever MadeWorld Record setting jumps, huge drifts, crazy obstacles. None of these things is particularly...

World Record setting jumps, huge drifts, crazy obstacles. None of these things is particularly new; they’re what you’d expect from a Gymkhana video. What is new is that this video doesn’t feature Ken Block or his rally car, it’s made around a side-by-side ATV. About a month ago, I rode into the blistering hot desert to watch it being made.

“If our last Gymkhana video was The Beatles’ White Album, this one is The Clash,” describes Matt Martelli, who, along with brother Josh directed the video. The Gymkhana reference is no accident, The Martelli Brothers were responsible for the first three viral videos that were made under that name. Now parted from Ken Block, they’re leaving overly slick production behind and returning to the simple love of fast machines.

I first heard about this video from Joey DiGiovanni, who runs UTVUnderground.com. We met on the Honda Pioneer launch and got talking about video production over beers and barbecue at North Carolina dive. He said he was working on something truly epic out in the California desert and invited me to come along, sleep in a disused house outside an abandoned Iron mine and suffer in 120 degree heat with the team while they filmed.

Watched the video yet? The very last scene, following the credits, was the first shot on the day I was there. It was meant to be a 50-foot step down, where the Polaris flies off a sheer cliff, then lands on a ramp way down below. A miscalculation on the entry speed combined with an error in suspension setup to both send the XP1R soaring past the ramp, onto the flat ground beyond, then crush its suspension when too much high-speed compression damping essentially locked it tight. 20-year old driver RJ Anderson hit the ground so hard his foot pierced the UTV’s floor and everyone figured it was a good idea to pack him off to hospital for a checkup, rescheduling filming for the following week.

Not only does that incident highlight just how far vehicles are being pushed beyond their limits to create videos like these, but it also provides some insight into how those videos are made. What looks like a continuous run to the casual viewer is actually a series of carefully orchestrated shots, each of which can take several days to set up and up to half a day to shoot. Each obstacle is meticulously planned out by experienced racers, both to highlight the capability of the machines, but also to create a stunt that’s safe and manageable for the rider. Most of the time.

When I’d first arrived the night before, they were just wrapping the final take on this huge elevated concrete pad. Mad Media’s construction team had found it laying under tons of dirt, dug it out with excavators, then constructed a supporting base of other concrete detritus that would let the disc lay at a pre-determined angle.

Equipped with truck tires (for their predicable slides) and a turbocharged engine producing somewhere close to 190bhp at the wheels, RJ’s job was to race onto the disc, perform a sliding turn, then exit the way he’d come in. In order for the shot to look good, he needed to perform that slide as close to the top lip of the disc as possible. If he got it wrong, it meant flying 50 feet or more through the air before landing on the piles of rebar, concrete and other post apocalyptic junk that was laying around. Or even down a 50-foot mine shaft. With each practice run, he edged further and further up the concrete until, finally, he was sliding along the very lip of the upper edge.

Build a couple dozen similar setups, practice each until it’s perfect, perform multiple takes using GoPros, Red cameras and even aerial drones, then you have your 10-minute action video.

That this amount of effort and expense went into a video about an ATV/UTV/Side-by-Side (whatever you want to call them), represents something a watershed moment for that industry. With bike sales still less than half what they were prior to the financial chaos of 2008, UTVs represent the strongest growth occurring in powersports. Starting as little more than a new sorta tractor, before running into massive legal trouble around rollover deaths, side-by-sides have now evolved into sophisticated performance vehicles that are quickly shedding their redneck image.

The new Polaris RZR XP 1000 is equipped with a 999cc, 107bhp motor, making it the fastest side-by-side in production. It looks like a mini Class 1 truck, but costs just $19,999 to buy, is cheap to maintain and runs on 87 octane. It’s still a toy for the well-off and isn’t street legal, but delivers all the jumps, slides and performance of a Baja race truck at a mere fraction of the expense. Other, more utilitarian side-by-sides like the new Honda Pioneer are quickly becoming seen as the perfect, low cost, low maintenance, vastly capable utility vehicles for land owners and companies performing labor in the outdoors. More than 225,000 such vehicles were sold in the US in 2012, compared to 452,000 motorcycles.

Gymkhana kicked off a new era of flatbilled popularity for rally racing, it’s now a popular component of the X Games and the one form of motorsport that’s found a massive fanbase in the young mainstream. In five years’ time will we look back on this video as a similar moment for UTVs?