the new mid-sized Mercedes Metris packs a king-sized surprise for those in its class.

Although the name Metris may sound quintessentially European, its twin across the pond actually wears a Vito badge. It's named after Vitoria, Spain, where both the Metris and luxury V-class vans are manufactured. 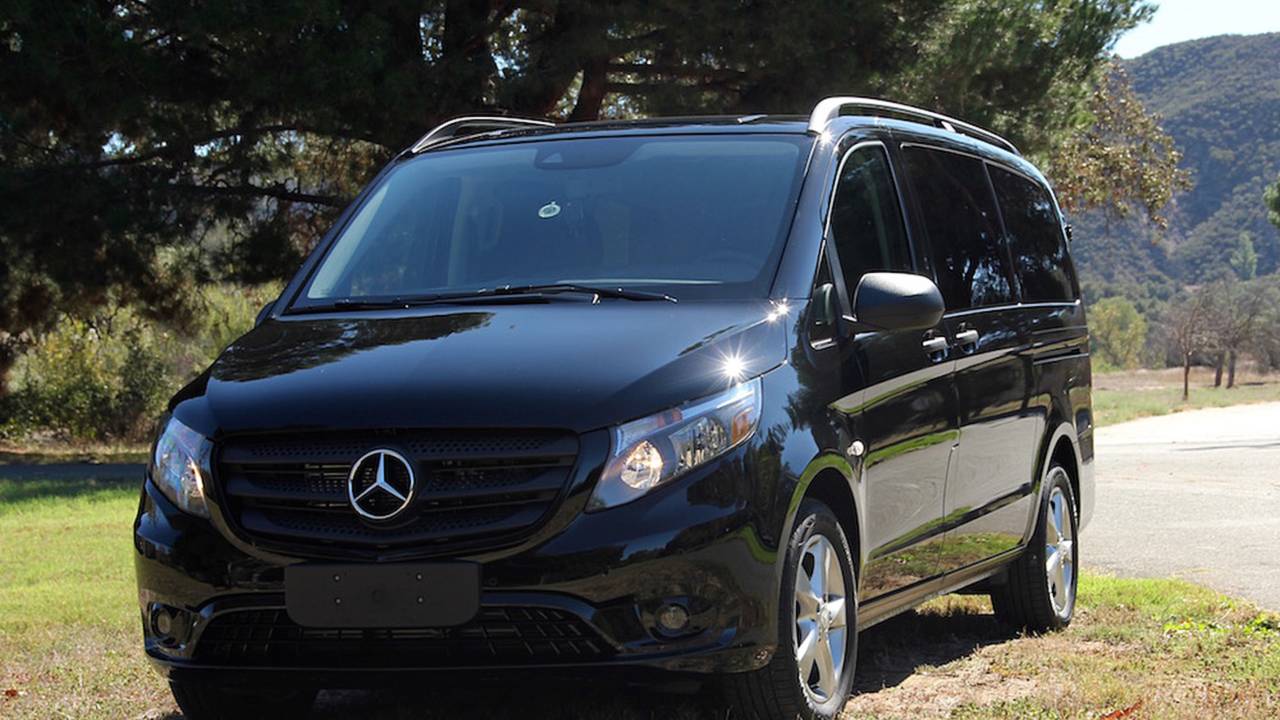 More of a Mini-Sprinter than a Blown Up Minivan

The researchers over at Mercedes feared the name would bring up a more formidable association with the American market. Believe it or not, through various surveys and testing, the team responsible for the rebranding of the European Vito feared that Americans would associate Vito with the infamous godfather himself, Vito Corleone.

With the success of Mercedes’ Sprinter vans over the last decade and a half, the commercial vehicle segment stateside has received a warm European breath of fresh air wafting across the Atlantic. The fact of the matter is that unless you’re towing or hauling long distances, the need for a full sized diesel truck (or Sprinter van) is far outweighed by the cumbersome handling and subpar fuel economy in the city especially for urban-based businesses.

Pioneering this effort is the same group that stirred the pot the first time around, and numerous companies like Ford, Nissan, and Ram have followed suit by shifting their focus from solely the full size truck and van to the small and mid-sized models as well. However, none do this urban van sector quite like Mercedes, and the new mid-sized Metris packs a king-sized surprise for those in its class. 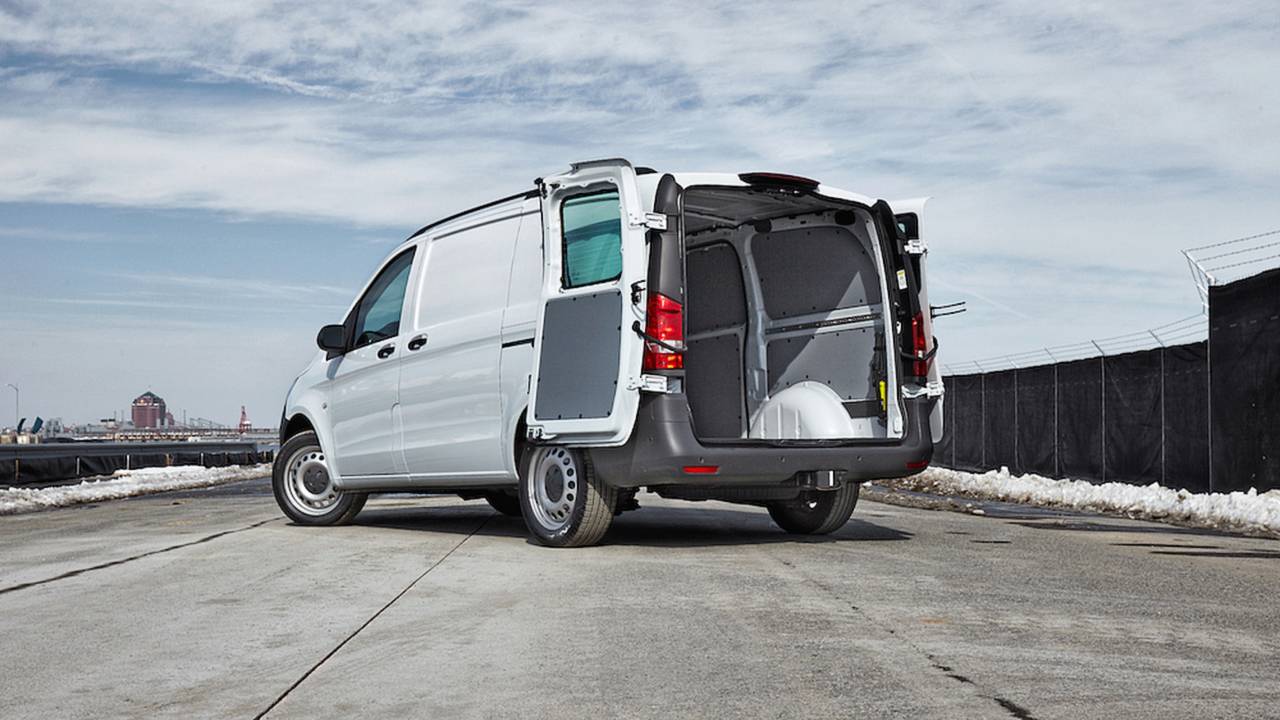 What you get when you approach this baby sprinter is a sixteen-foot long very Mercedes-styled urban hauler that's over six feet tall and wide. The interior space can be configured in any shape and form imaginable, but from the factory version comes in two parent categories: The buyer can have a stripped out cargo van or an up to eight-person passenger hauler for starting prices of $28,950 and $32,500 respectively. This makes the Metris the most competitively priced Mercedes-Benz available in the US market. 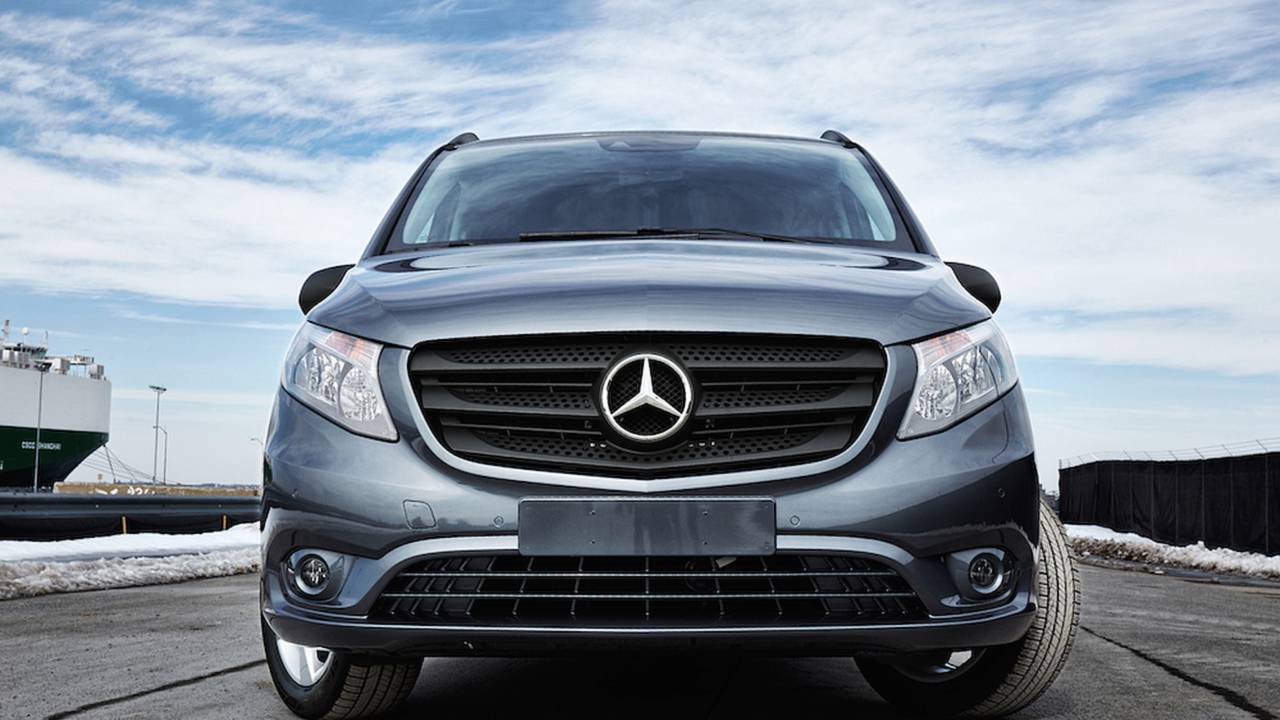 Since this is the first of its kind in the US for Mercedes, they’ve chosen to keep this first push fairly straightforward. The Metris comes with a two-liter, four-pot turbocharged engine that makes 208 horses and 258 pound-feet of torque. It's mated with a seven-speed automatic transmission with a manual mode that drives the rear wheels and only the rear wheels. This RWD layout not only improves grip with a loaded up cargo area or trailer, but it also helps save that planted Mercedes steering feel. Secondly, since the aim is for more city-centered businesses, the need for 4x4, diesel engines, luxurious interiors, and what have you may not be there yet. But thanks to the flexibility of the Vito in Europe, the Metris can be expanded upon as market needs present themselves. I wouldn’t expect an AMG version, although they have been known to do some pretty crazy stuff in the past... I’m talking to you AMG 6x6! 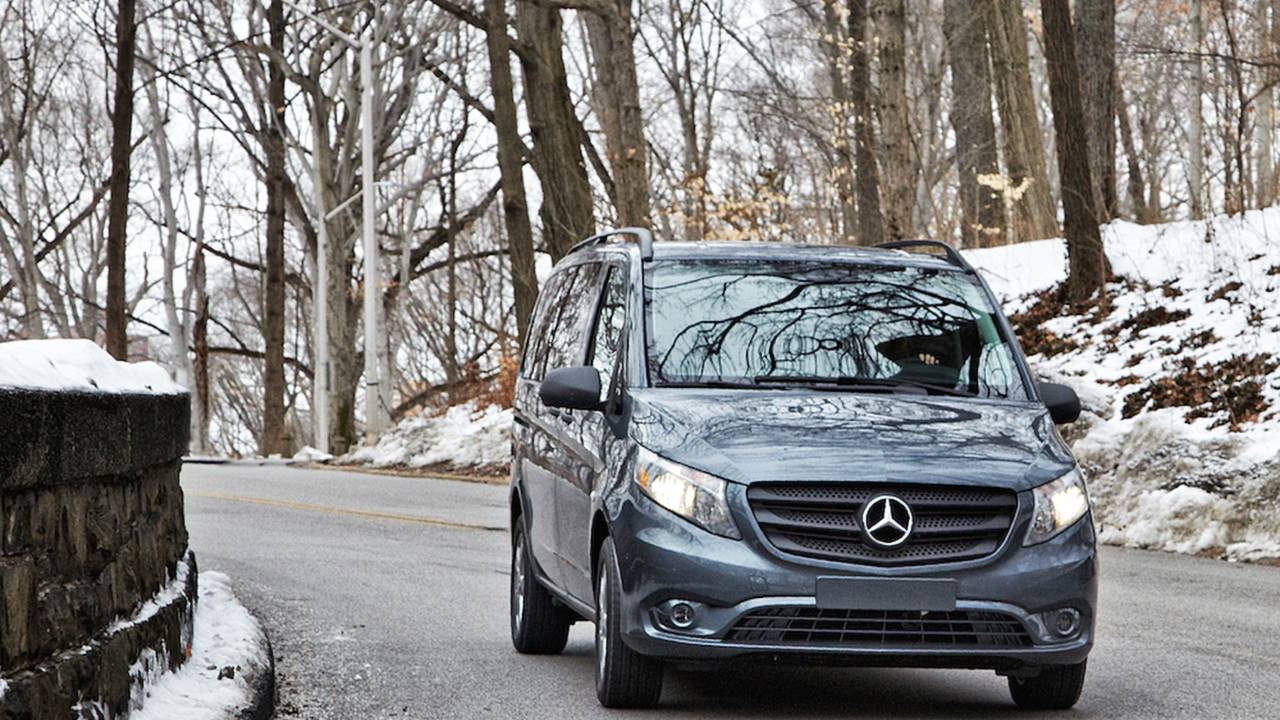 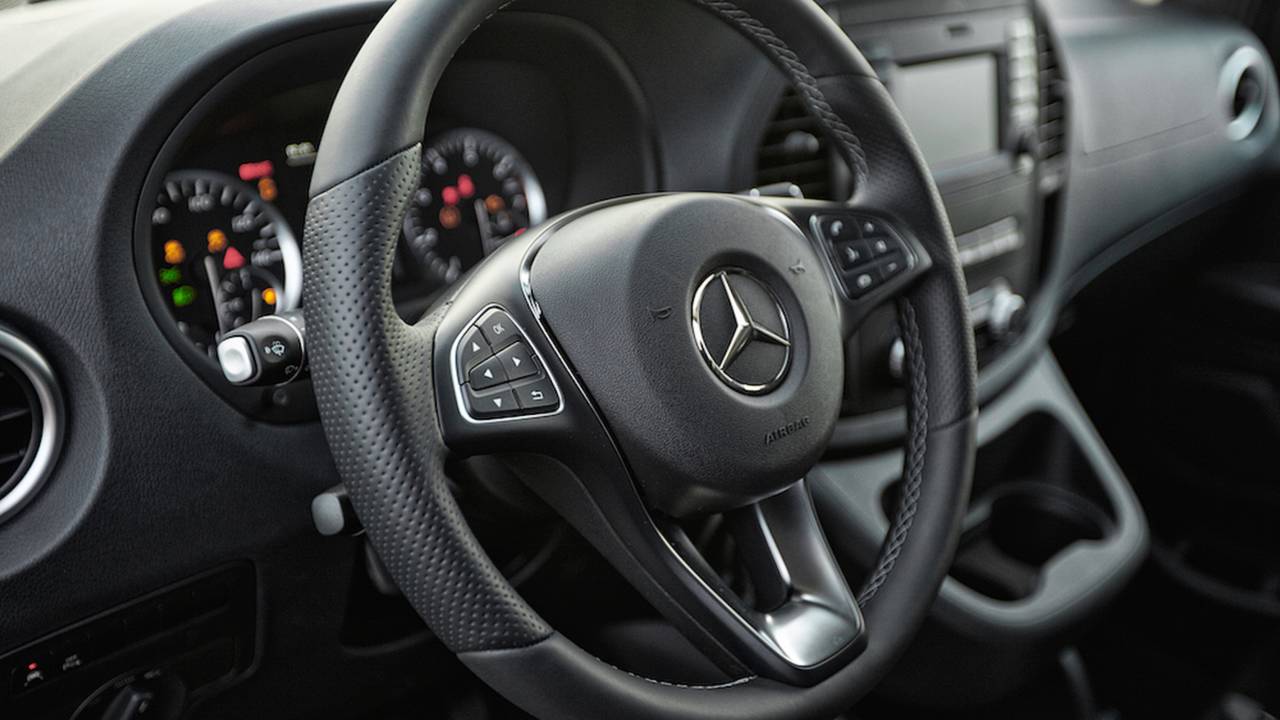 Having driven my fair share of large commercial-sized trucks and vans, I was genuinely surprised by the wonderfully German driving feel of the Metris. The gas pedal made the van go—quite well actually—and the steering wheel made the van track straight down the road with absolutely no cruise-ship style handling. Lastly, the brake pedal made the van stop, and stop it does. Those of you who have ever driven an American-sized truck (maybe a little faster than you should have) can relate to that feeling of laying fully into the brake pedal and realizing that stopping on a dime just isn’t an option when it comes to three to four ton monsters. The Metris doesn't have this problem, and so on the behalf of all the future owners and drivers, thank you German engineering!

One of the biggest, and more often over-looked, selling points is its “best-in-class” turning radius. After driving right by the half-way destination on our scenic tour de LA, I had to make a U-turn on a two-lane road, and not an exceptionally wide one at that. Fully expecting to make a three-point turn and hold up traffic like a knob, there was a sigh of relief when the Metris whipped around in a nearly Fiat-sized 180 was astonishing. 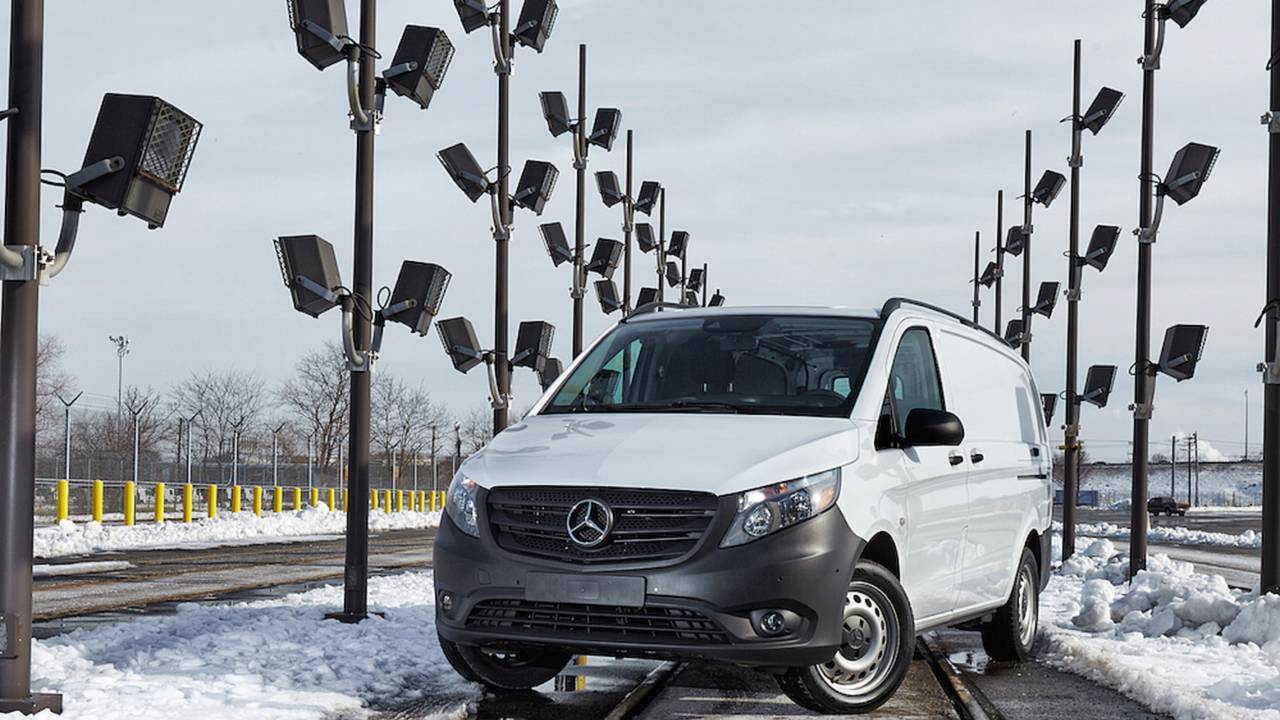 In terms of the perfect urban hauler, look no further, and I mean that sincerely. Yes, the mirrors could be a bit taller to help with the blind spot, and the swing-out rear doors do leave that 6” strip of windowsill blocking the center of the rear-view mirror. However, these just come with the fact that it is a van.

I'm a little skeptical about how it would handle fully loaded up and possibly towing a trailer, especially going up a steep grade at high altitude, but that could just be my deep-rooted, truck-loving American biases—a category that Metris isn’t even part of. Overall, driving dynamics were great, the list of optional extras can suit any need, and the cargo space can be easily configured. It could even be a more practical and roomier replacement to the minivan or full-sized SUV if that’s what the job calls for. 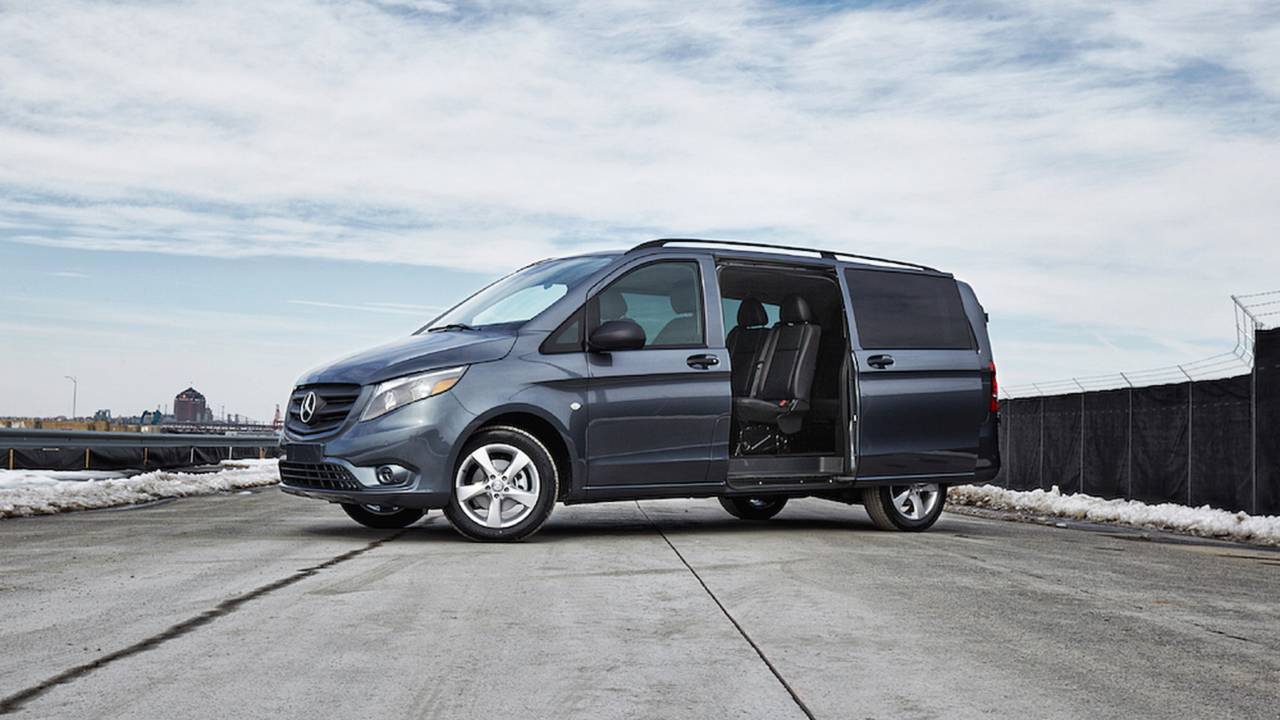 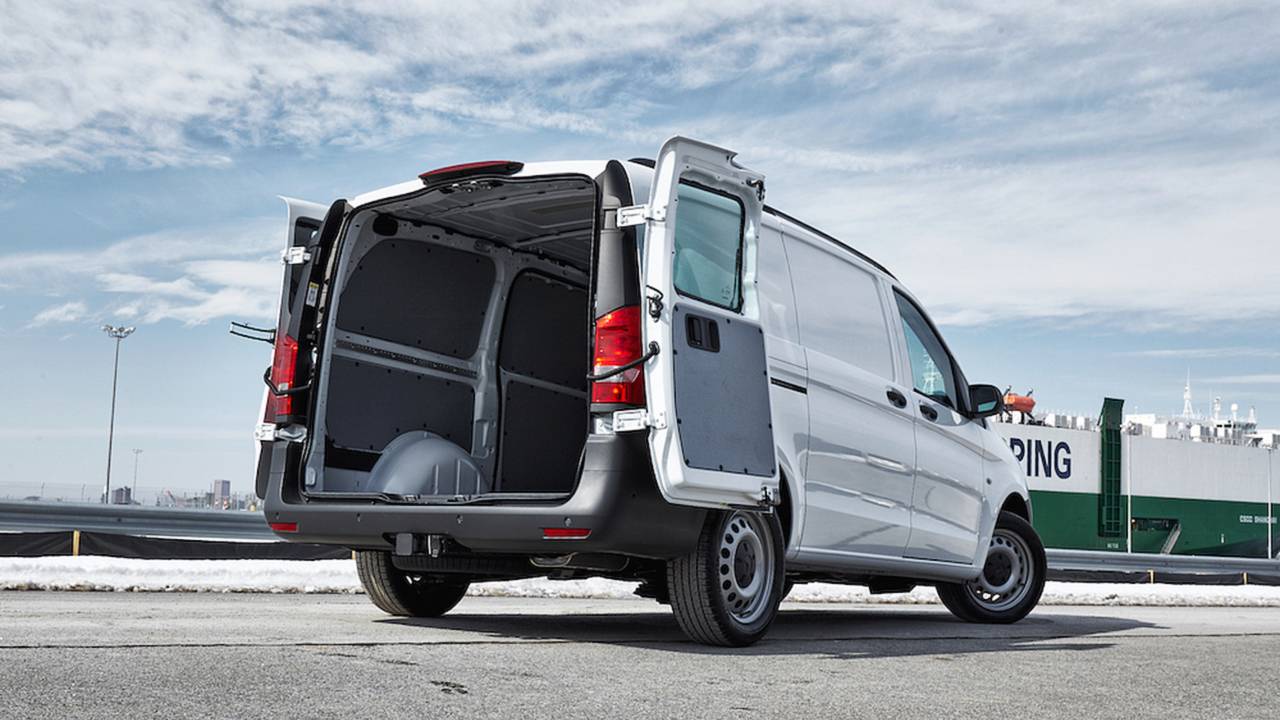