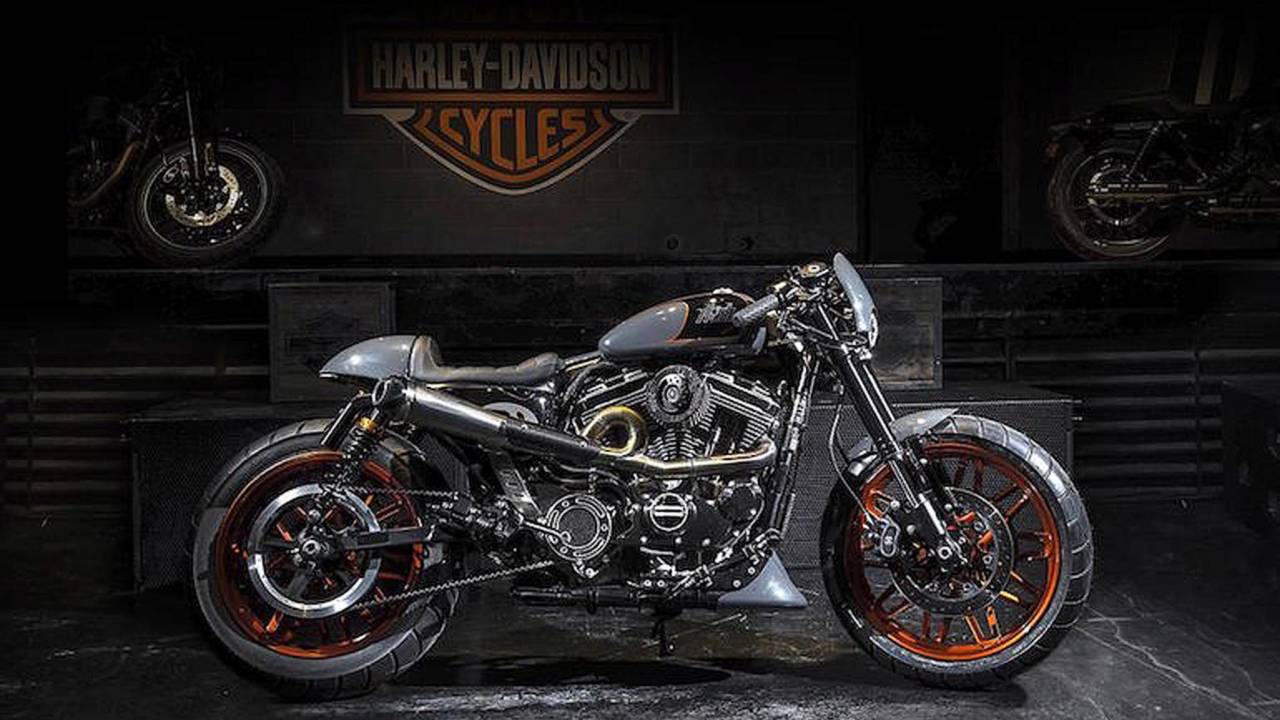 Out of 191 dealer-submitted Harley customs, Bombtrack wins the 2017 Battle of the Kings at EICMA.

Harley-Davidson’s Battle of the Kings custom competition is a massive, multi-continent build-off that pits almost 200 authorized Harley dealerships from around the world in an epic custom build-off. Contestants have a budget of $7,000, half of which must be used on parts from Harley's parts catalog. Ten finalists are chosen by popular public vote, then they and their bikes are shipped to Italy for the finals at EICMA. There, a panel of judges made up of luminaries from the industry rate the bikes, and the winner walks off with the crown and serious bragging rights. This years BotK winner was a 1,200cc Roadster-based custom called Bombtrack from Italy's Harley-Davidson Perugia.

Perugia H-D’s Bombtrack is a ridiculously awesome bike. The addition of a cafe-tail and a more sleek, minimalistic front-end give the build a sporty appearance, but the performance parts are really what make the bike shine. A new inverted fork and upgraded rear suspension bolster the custom’s handling, and clip-ons and rear-sets give it a much more aggressive riding position. Furthering the sporty, high-performance feel of this build is an oversized air-filter and a trick, carbon capped Mohican exhaust. A sliver of a front fender gives Bombtrack a balanced look, and the uniform grey paint job sports black and orange accents that match the black engine and orange wheels.

“We have focused on some key elements such as the exhaust and even the dome of the bike - which we made from an old mudguard, cut and shaped appropriately,” said Alessandro Mannucci, H-D Perugia’s parts and accessories manager.

The custom belly pan and cafe headlight cowl give the Bombtrack a streamliner-esque silhouette (That front end looks like one of the robots from Portal 2 -JM), while the aftermarket saddle and trick LED headlight are nice, simple supplementary touches that help tie the whole thing together. The underseat oil-tank was cleverly disguised as a number plate, but sadly the scrambler-style exhaust covers up most of this creative repurposing.

Speaking about the inspiration behind the bike, H-D Perugia owner Bruno Ranucci said that he wanted to build a bike that harkened back to the stripped down racers of past decades.

“It must be a motorcycle that reminds racers of the ’70’s when it was necessary to remove the superfluous and leave the essentials,” Ranucci said.

The Harlistas at H-D Perugia did a fantastic job of transforming this H-D 1200cc Roadster into a much more modern looking machine. With BotK only being in its third year and it already being this big, we hope that next year’s competition will be even bigger and cooler.