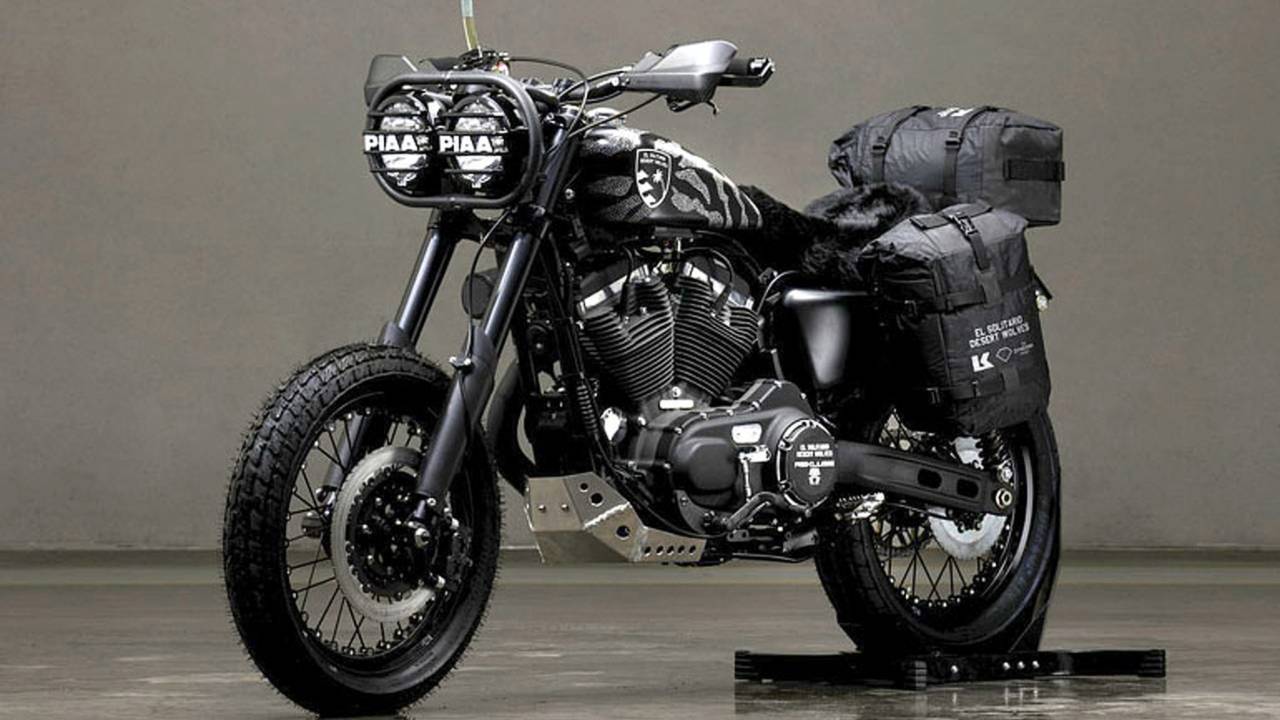 Who would try to ride a Harley-Davidson Roadster across the Sahara Desert? David Borras of Spain’s El Solitario Motorcycles for one, and he managed to talk two riding pals into joining him on a wild, ten-day adventure through the desert.

According to Australia's Motorcycle News, the Spanish custom house El Solitario converted a trio of Harley-Davidson XR1200 Roadsters for heavy off-road use. They then went blasting around the Sahara Desert as both a creative venture and to test some of their products in the real world. After the epic desert journey, El Solitario took the desert sleds to the Wheels and Waves festivities in Biarritz, France.

The Sportsters were supplied by The Motor Factory (presumably not the one in Milwaukee), with product support from Ohlins Suspension, Rekluse clutches, and Dunlop Tires. The handguards were made specifically for these bikes by Australian off-road handlebar accessory maker Barkbusters. While 1200cc Sportsters may not be the best platform for an off-road desert bomber, the bikes apparently did just fine out there in the sand, dirt, and mud.

“El Solitario Desert Wolves starts as a multiple-sided collaboration between genuine brands,” David Borras said. “The ride into the African Sahara served as a leitmotif for the creative process and the definitive test for every product.”

“We began the collaboration with El Solitario about a year ago,” said Robert Veljanoski of Barkbusters. “These guys are a unique bunch and when David Borras came to me and said, ‘Our vision is to create an international multi-brand collaboration to design and produce the necessary vehicles, garments, and artfacts needed for a cross-Saharan motorcycle adventure.’ I knew we had to be involved. I set up a bunch of Barkbusters hardware suitable to work with the Easton Fat handlebars the El Solitario guys had outfitted the Harleys with, and then had it powder coated in black to suit the bikes. I then matched that up with sets of carbon guards. Once it was on the bikes it gave them a really purposeful look and matched the whole attitude of the adventure.”