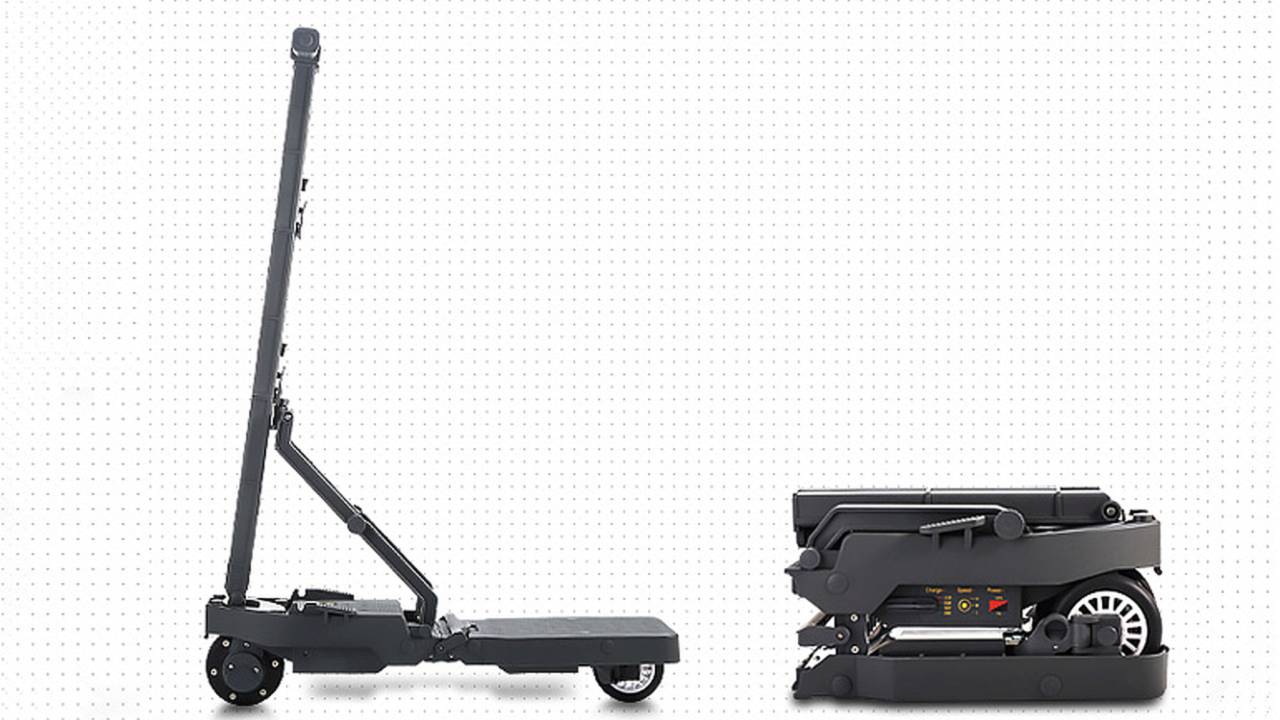 The sub-$500 crowdfunded CuBike is an electric scooter then folds up into the size of a shoebox.

Small, one-person electric vehicles are growing in popularity throughout the world as more and more people seek out personal mobility solutions. Many of these solutions come in the form of collapsible electric scooters, and one of the latest and most notable is the tiny, extremely portable CuBike.

CuBike is a foldable, three-wheeled, electric push-scooter that folds into a cube smaller than your average shoe box. The scooter weighs in at just 15 pounds, and is capable of propelling a 220 pound rider at speeds just shy of 20 miles per hour. According to the Shanghai-based industrial-electronics company behind it, the CuBike can run for around five hours or around 25 miles on a single charge. The claimed full recharge time is in the ballpark of four hours. The little scooter also boasts LED lighting and is driven by the four-inch treaded front wheel while two smaller rear wheels provide a fair amount of stability.

It even has a tiny headlight!

The CuBike is what they call in the personal mobility industry a "last-mile" vehicle – a small mode of transportation suitable for traversing a few blocks between the train station and the office or what have you. They aren't very fast –  you don't need a ton of speed to cruise down the sidewalk to your office unless you're very late – and they aren't very stylish but they are super handy to have on hand.

READ MORE: Ryno is the Sci-Fi Monobike We Didn't Know We Wanted

A CuBike in its carrying case

The CuBike's crowdfunding campaign managed to raise $40,000, more than double its initial goal. The company is now taking orders on its website, and units cost just under 3,000 yuan (US $450). Sadly, CuBike is not available in North America. Not yet, at any rate.

Aside from it's efficient electric motor, the scooter's biggest selling point is its small size and incredible portability. The prospect of easily being able to fit the CuBike into a small locker or even an office desk drawer is pretty cool, and far less cumbersome than schlepping and stashing a full-sized bicycle in a studio apartment or cramped work space.