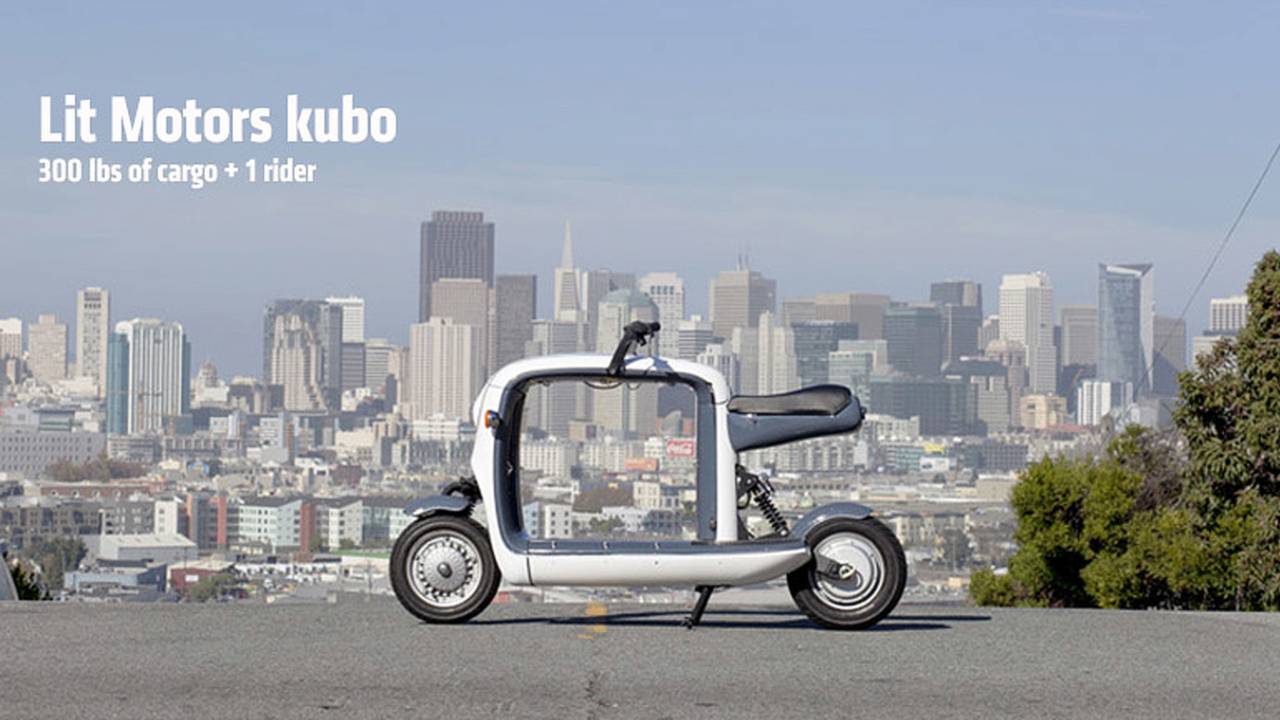 It's a tiny electric two-wheeled truck!

A San Francisco start-up company has just announced plans this week to launch an electric scooter called the kubo that can carry 300lbs of cargo and a rider.

The Sway Scooter Looks Great, But Is It For Real?

A group of friends—Danny Kim, Elliot Ortiz, and Zach Levenberg—founded Lit Motors and in 2010 began working on a concept to design an electric scooter that could carry bulky loads.

You may be familiar with Lit Motors from their design for an enclosed two-wheeler incapable of falling over, the Lit Motors C-1 has yet to go on-sale, but has garnered much mainstream press for its advanced safety features.

The Lit Motors team and the initial kubo prototype.

Lit Motors said that carrying anything on a conventional scooter is a hassle and they couldn’t find a good quality electric scooter for what they had in mind. So they tore down an old Vespa for parts and created the first kubo out of pink foam.

This week, Lit Motors announced that it has now built the first working prototype, which has a top speed of 45 mph and a range of up to 50 miles. The electric motor has an onboard charger and it can apparently be fully charged within a few hours from a wall outlet.

The Lit Motors kubo is designed to be the ultimate urban utility vehicle.

Due to its unusual design, the rider sits over the kubo’s rear wheel behind the cargo deck. Because the focus was on creating a scooter with good carrying capacity, Lit Motors describe the kubo as a pickup truck on two wheels. There’s 22 square inches of cargo space up front on the kubo complete with tie-down hooks, loops and rails and according to Lit its “a fun, easy way to get around the city, regardless of the terrain or how much you’re carrying with you.” It can safely haul cargo weighing up to 300 lbs.

At the moment Lit Motors is looking for funding and has created a start-up company to find the additional finances it needs to put the kubo into production. It already has vendors lined up for parts and is currently looking for a facility to start kubo production.