Onyx RCR Is Both E-Bike And Electric Motorcycle 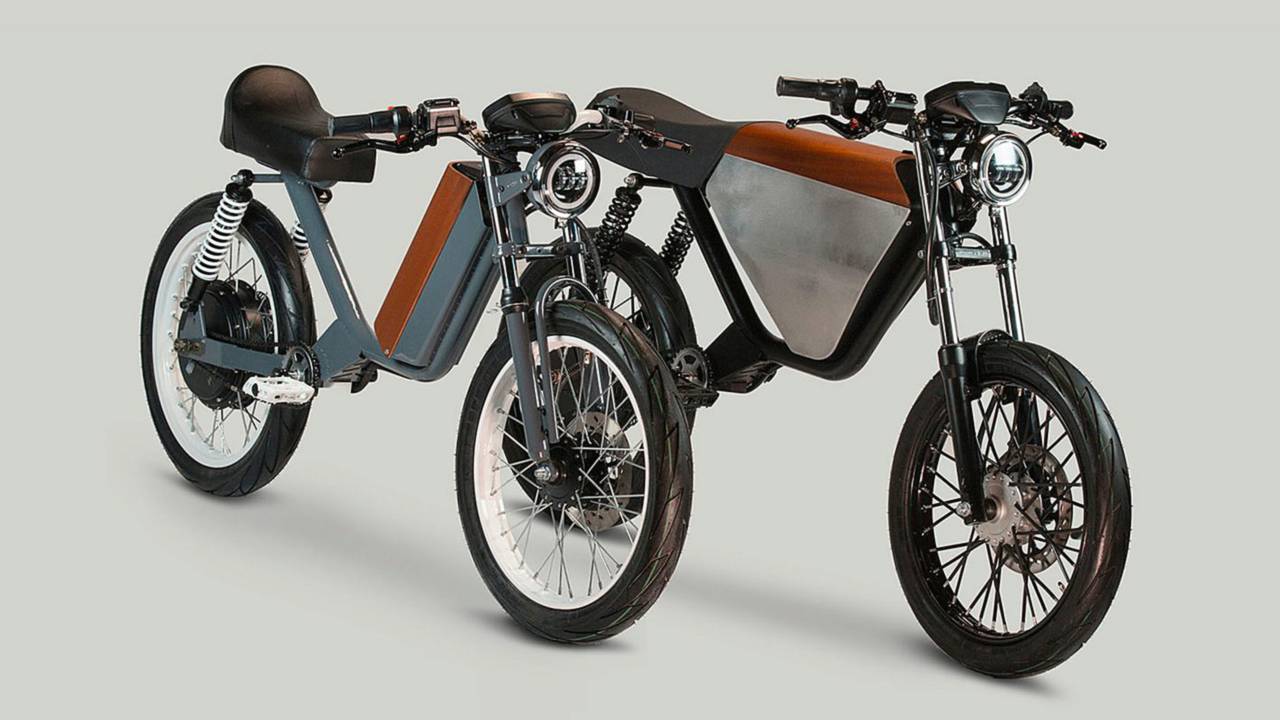 A versatile electric bicycle that doubles as a motorcycle? That's the feat accomplished by Onyx Motorbikes

Is it a bicycle? Is it a motorcycle? It’s actually a little bit of both. The Onyx RCR blurs the lines between practical urban, bike lane-legal ride and high-output highway cruiser in a super-retro package.

Onyx Motorbikes is a San Francisco, California-based company that recently launched two models of electric mopeds. While one is a proper city-dweller, the other one has a wheel in the city and the other on the highway.

The CTY is both modern and retro if that's even possible

The CTY is the tamer model of the lot and a standard e-bike. It has a 48-volt battery with a range rated at roughly 25 to 40 miles, depending on your speed. It’s the perfect partner for a ride in the city as it can reach a top speed of 30 mph and is fitted with pedals, should the battery run out. The spoke wheels and banana saddle give it an undeniably retro look and for some extra comfort, the CTY has a motorcycle-like suspension to absorb bumps.

It's priced at $1,875 on pre-order, and comes with a few added perks such as an LCD display, headlight, USB 3.0 port, Bluetooth connectivity, and a smart key.

RETRO IS IN: The Jambon-Beurre Gloria is the Next EV Fad

The RCR is a bit of a different beast. It’s hard to understand what you are looking at while scanning the RCR’s design with its low-swept frame and thin tires, but believe or not, it will actually take you on (most) highways. Onyx calls it the Cafe Blaster for its look reminiscent of a cafe racer with its flat saddle, wire wheels, and round headlight.

The model is a cross between electric bicycle and motorcycle. It receives at 72 V battery paired with a 5.4 kW electric motor for a 7.2 hp output - for a bike weighing in at 120 lb. This makes the RCR equivalent to a 125cc motorcycle and therefore doesn’t require a license. Its electric range is estimated at 75 miles. The “economy mode” turns the RCR into a quiet urban commuter, limiting its speed to 20 mph, but when you change the mode, the RCR becomes a proper highway motorcycle with a top speed of 60 mph. The beauty of technology!

Onyx says that the RCR will go anywhere a bike will go including bike lanes and your office. Regular pricing for the RCR usually starts at $3,500, but when you pre-order via Indiegogo, you can get it for $2600. It receives the same practical features as the CTY. Both models also have regenerative braking and three riding modes; eco, normal, and sport.

Deliveries of the ONYX RCR are expected to begin in December of this year. You will have to wait a month longer to receive your CTY. Just don’t get stuck on the highway having to pedal your way back, that could put a damper on your day.