Tanner Foust is Back! Formula Drift, Streets of Long Beach 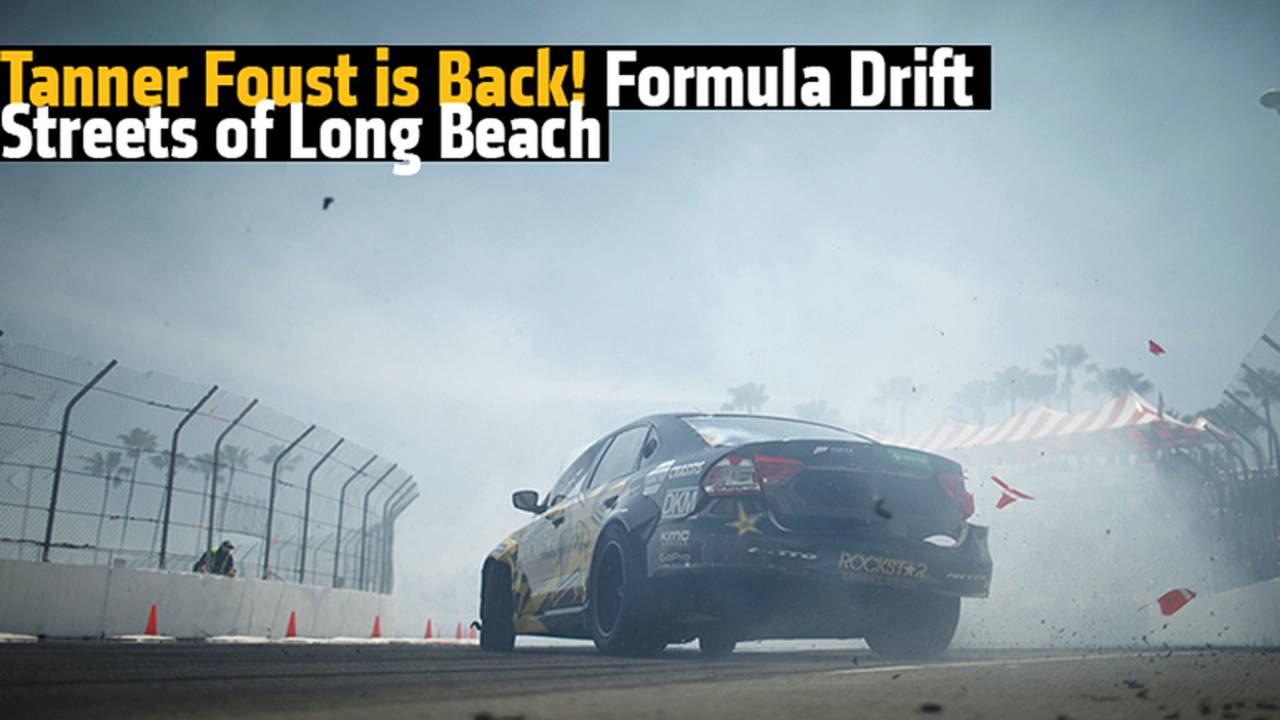 Well known stunt car driver and motorsports star Tanner Foust returned to his roots this past weekend by piloting a 900 horsepower Rockstar Energy Drink Volkswagen Passat for a limited schedule in the 2015 Formula Drift Series. Although well known for his stunt driving in The Fast & The Furious Tokyo Drift, The Dukes of Hazzard and most recently as co-host on History Channel's Top Gear, the 2007 and 2008 Formula Drift champion is ready to once again prove that he still has what it takes to return to his former racing glory.

“The fans, the tracks, and the driving in Formula Drift are really something unique in the world of motorsports and I’ve missed being part of it," said Foust, according to a Formula D press release.

So, how exactly does he plan to put a mid-size sedan into the Formula Drift Series victory lane? With the perfect motorsports modifications of course!

Although Foust had a lot of power waiting for him in his season debut last weekend, his highly anticipated season launch somewhat fizzled out on the Formula D opener at the Streets of Long Beach. In his first round, Foust and his VW Passat took on 35-year-old Justin Pawlak in his Falken Tire Ford Mustang. Pawlak would ultimately move on, forcing Foust and team to go back to the drawing board after a smack with the wall. Now, Foust is working on his next start at Road to the Championship in Braselton, GA on May 8th-9th.

Rally (Circuit of the Americas): June 4-7

Road to the Championship (Braselton, Ga.): May 8-9

READ MORE: The 666-hp McLaren 675LT is the Supercar from Hell | DriveApart