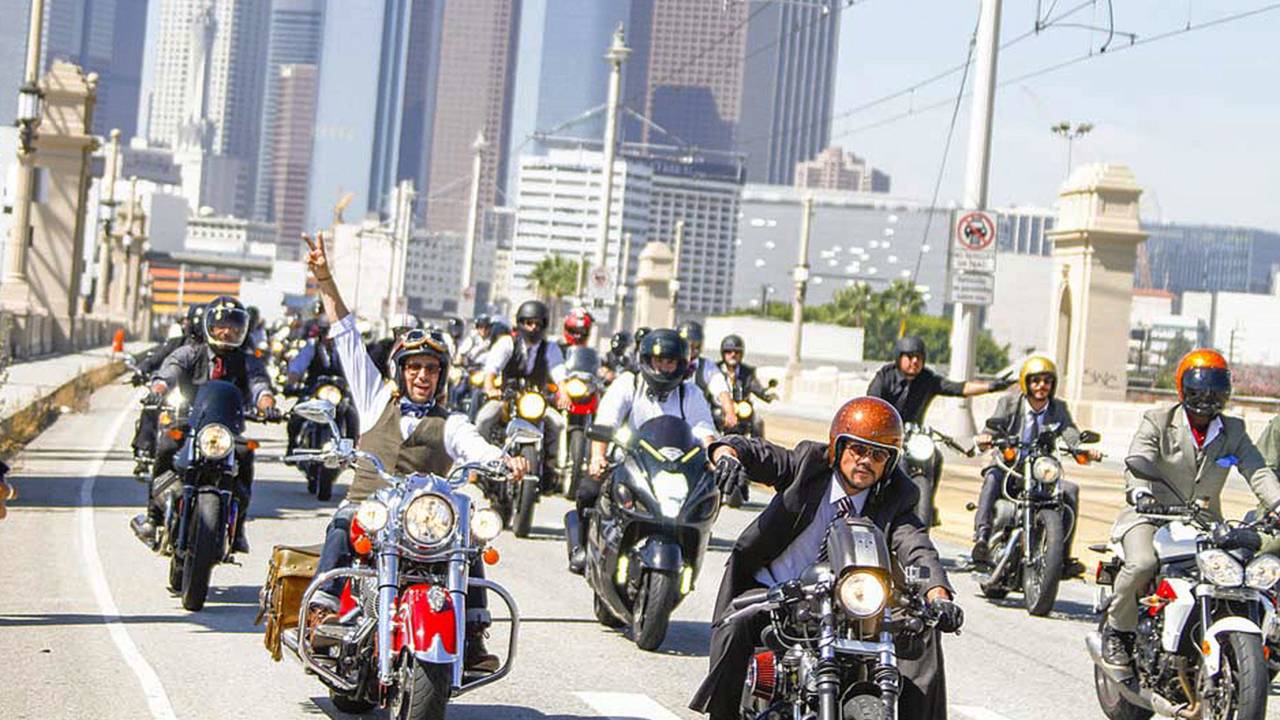 The 2015 Distinguished Gentleman’s Ride was another major success this year, with 743 riders registered for the ride.

The 2015 Distinguished Gentleman’s Ride was another major success this year, with 743 riders registered for the ride. Held on Sept. 27th, the ride started at Pasadena City Hall and concluded a the Ace Hotel in downtown LA, after wrapping around through Hollywood.

Here’s the rest of the press release from LA Motorcyclist who coordinated the entire ride:

The United States was the top fundraising country by a longshot, with 5,213 riders registered and $838,874 raised.

The achievements were well-timed as the LA ride played host to DGR head honcho Mark Hawwa this year. Hawwa conceived the idea for the DGR ‘Down Under’ in 2012 and was originally inspired by a photo of Mad Men’s Don Draper astride a classic bike and wearing his finest suit. It was decided a themed ride would be a great way to combat the often-negative stereotype of men on motorcycles and bring the niche motorcycle communities together. That first ride brought together over 2,500 riders across 64 cities. The success of the event encouraged the founders to consider how it could be used to support a worthy cause. And the rest, as they say, is stylishly-attired history.

DGR will continue to accept donations through the end of October atgentlemansride.com in the hopes of reaching this year’s goal of $3-million.

For LA ride captain Mark Gamo and route planner Christopher Medak, the local ride would not have been possible without the help of the many volunteers and sponsors who stepped up.

All in all, congrats Los Angeles on your world-class performance.

Note: galleries and movie clips from the event are still being complied … stay tuned for some visual moto goodness from the day.

PHOTOS BY: Belinda and Jesse Kiser and Jim Downs.

Photos by Jesse and Belinda Kiser and Motostella.