Why The Indy Mile is the Best Racing You'll Ever See

The Indy GP wouldn't be the Indy GP without a visit to the Indy Mile. The race is made more exciting than most flat track races by the fans you'll meet...

I’ve been a roadrace fan since the mid-90’s and attended every USGP round since 2005 except one. I’ve been to MotoGP’s and World Superbike races in Europe, and even the Isle of Man TT. All of these are completely awesome, especially the TT races. But standing at the edge of the infield in Turn 1 at the Indy Mile on a hot summer night and watching the flat track racers scream by is as exciting an experience as watching the TT from just about any spot on the track.

With dirt track racing, you actually get to feel the racers as they pass you by, you're that close. Close enough to feel the dirt as the knobby tires kick it up in your face.  You feel the thunderous roar of the twins as they blast by, racing elbow to elbow, it really is like nothing else. You get a taste of it in the video we posted on our instagram feed, but that’s just a taste of the action. 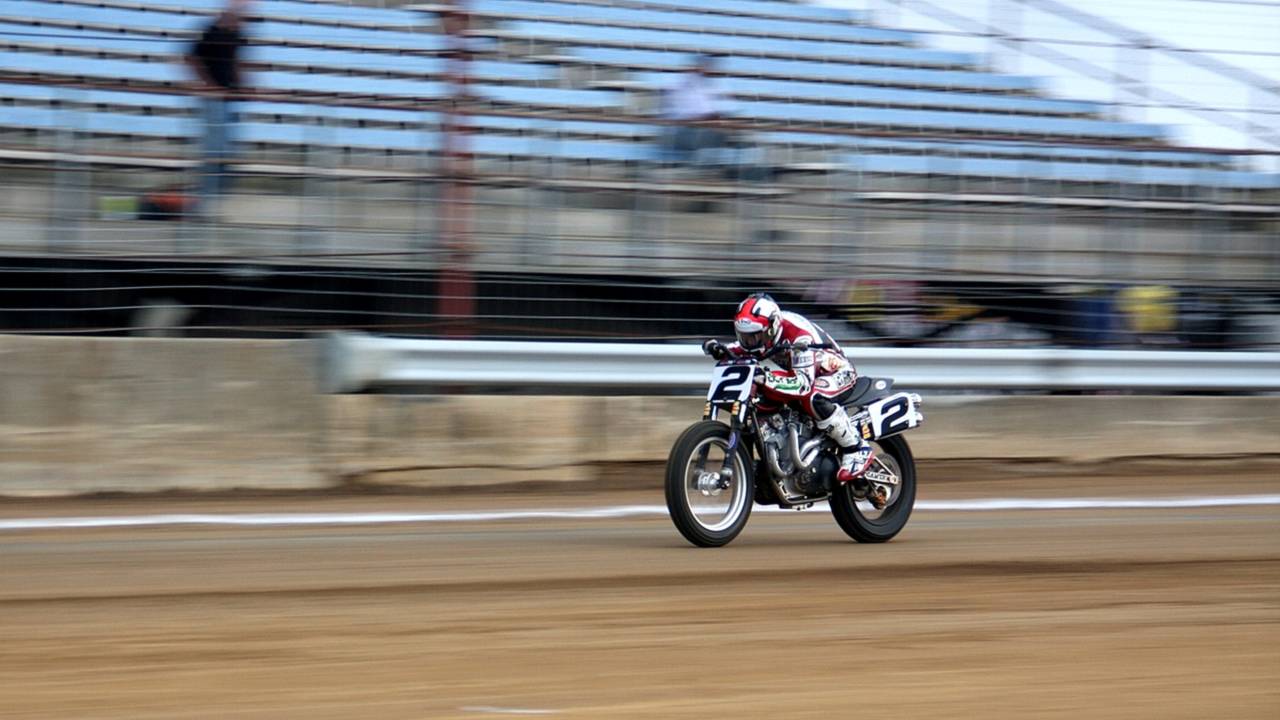 After they kicked us all out of Turn 1, we wandered along the front straight towards Turn 4 and beyond. Families backed their trucks up to the fence to stand on them for the best views and, here, right now, at the Indiana State Fairgrounds, it seemed liked the ultimate tailgate party, the lights of the rides at the State Fair making an excellent backdrop to the amazing night racing action.

We kept wandering around and finally made our way back to start/finish line where we had a chance to watch the main races. One of the best parts of the event was watching their exceptional flag man Kevin Clark do his thing. He does all the AMA Pro Flat Track races and was even flown to Spain to work the Superprestigio.

I found a good seat on a generator where I could see the track and the jumbotron and watch my friends chatting up GP and Flat Track racers alike. The thing that makes the Indy Mile extra special is that many GP racers and teams are there watching too.

As you may have seen in the Superprestigio he resurrected, Marquez can dish it up in the dirt as well as he does on the pavement. Baker was happy to duke it out with him, and you’ll hear a lot more about that in our exclusive interview with the Flat Track Champion. 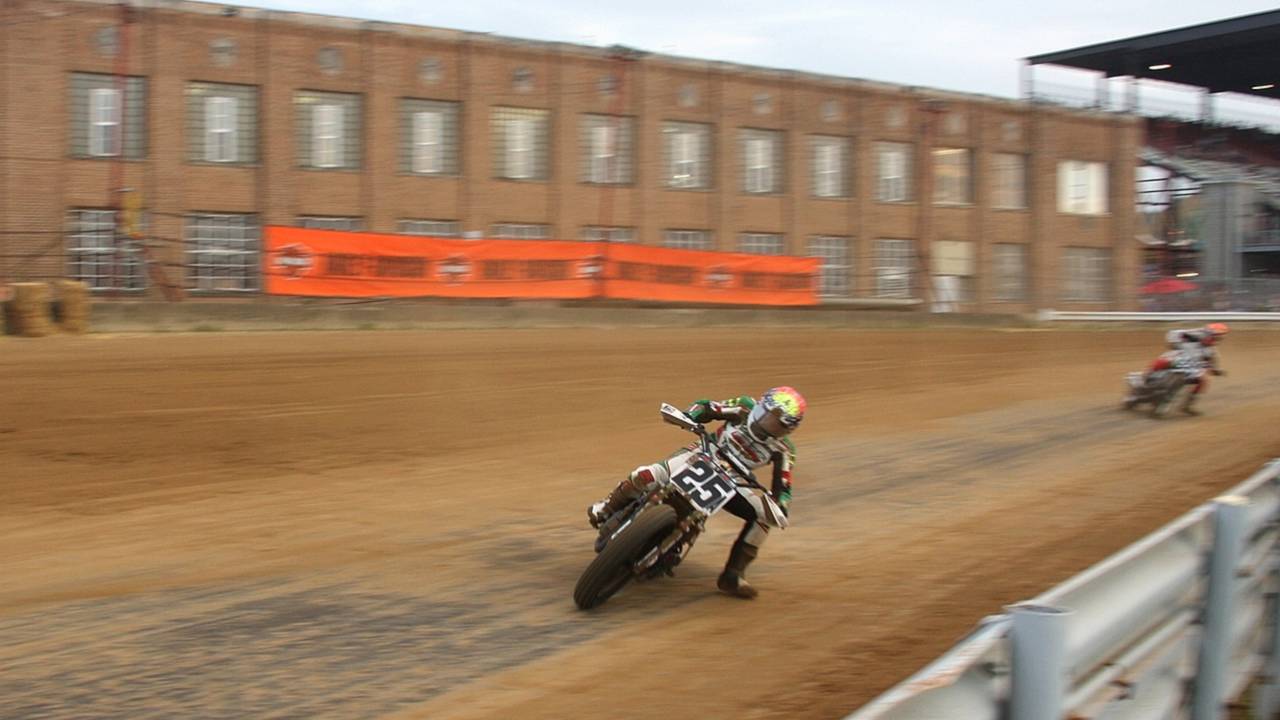 Shayna Texter in a heat race this year. Photo courtesy of Pete Hitzeman

The race was great to watch, with Kenny Coolbeth pulling out a win over Jake Johnson on his Zanotti Racing Harley-Davidson winning the event, his 32nd win in at an AMA Pro Flat Track Grand National Championship event.

Another reason I love flat track is there are some very fast women in the series. Last year, I had a chance to watch Shanya Texter win the Pro Singles race - the first time a woman had won at that level in Flat Track. This year, I had a chance to watch husband and wife team Jared and Nichole Mees duking it out elbow to elbow in one of the heat races.

In the paddock, I ran into Shelina Moreda who teaches women how to kick ass in the dirt when she’s not busy kicking ass on the tarmac. (ED NOTE: You can read all about Susanna's day at Moreda's camp here, one of the best articles we've run on RideApart) I was also introduced to a girl named Elizabeth, a very fast amateur Flat Track racer who Moreda is hoping to line up as a guest instructor at a future Fast Girlz camp.

By: Susanna Schick
++
++
Got a tip for us? Email: tips@rideapart.com