The Isle Of Man TT Flat Out 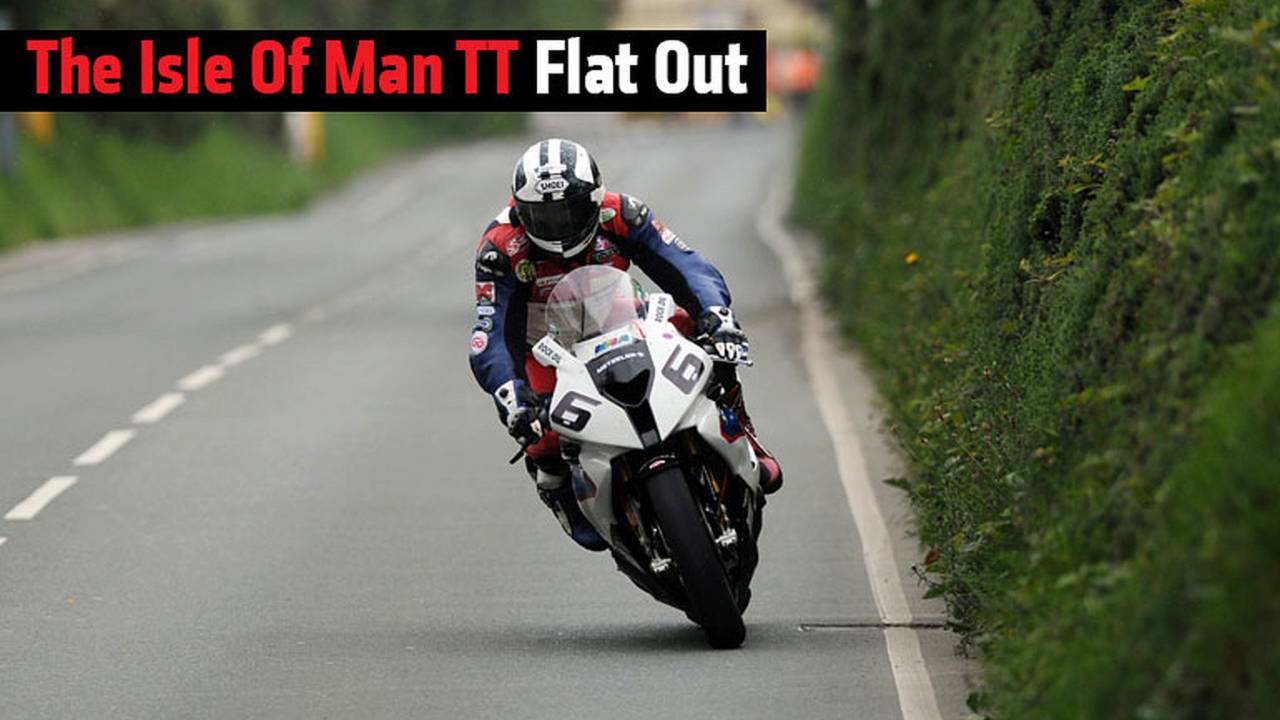 The Isle of Man TT is off and running and only certain types of humans can stomach its complexity let alone challenge it year after year.

Motorcyclists are commonly regarded as living on the fringe of civilized society. We assume risks and seek adventures that scare and deter the general population, and so they regard us as some sort of daredevils. Or idiots, depending on who you ask.

Among motorcyclists, sport bike riders are a further step on the crazy spectrum. Track riders, another step. Club racers, still another step. Professional racers seem quite insane indeed, for their incomprehensible skill as much as for their seeming disregard for danger.

And then there are Real Road racers. The fringiest fringe of a sport full of crazy people, these guys hop on board some of the fastest two-wheeled machines ever built by man, and rocket around street courses. They jump bridges, carve around hedgerows, bounce their knee sliders off curbing and skim their shoulders against rock walls at speeds that would make your grandmother use foul language. Roads racers look at the line between bravery and stupidity, shrug, and do a 5th-gear power wheelie over it.

Among the world’s motorcycle road races, none is more famous than the Isle of Man TT. The TT is a two-week festival of speed, featuring nine main races in seven separate classes, including lightweight, superbike, sidecar (no, really!) and electric bikes. Riders will traverse the treacherous, 37 mile mountain course at speeds sometimes reaching 200 mph. The fastest bikes and riders will average --average-- over 130.

It’s a race unlike any other in the world, and not just for the speed and the legendary course. The race is run against the clock, riders leaving the start at timed intervals. That’s not to say that there aren’t passes during the races; when they happen, everyone holds their breath. The bikes are configured quite differently from a normal race machine, with more compliant and longer-travel suspension to handle the bumps and jumps on the circuit.

To race at the Isle is to tempt fate, something that all riders and fans understand. The Mountain has claimed some 240 riders’ lives since 1911. Even a handful of race officials and spectators have been killed. In fact, in the postwar era, only two years have passed without a fatality, 1982 and 2001. The latter race never took place because of the outbreak of foot-and-mouth disease in the UK.

In an era that considers “danger” a pejorative, the fact that the TT is even allowed to continue is nothing short of a miracle. But it does continue, and will do so for the foreseeable future, because of the passion and dedication of the people involved. The TT festival is the Holy Week of motorcycle racing, and a trip to Douglas in late May is a pilgrimage for many. The race is sanctioned by the government of the Isle of Man itself, which happily closes its roads in exchange for the enormous boost in tourism income that the TT and the Manx Gran Prix bring each year.

Locals open their homes to riders, journalists and spectators. Fans camp and picnic alongside the race course, and mingle with the riders in the paddock during the day, and in the pubs at night. The island as a whole is filled with bikes ranging from the most modern to the beautifully antique; from the cutting-edge technology of digital traction control and lithium polymer battery cells to perfectly restored masterpieces of a century ago.  On Mad Sunday, the course is open to the public, and anyone curious enough can head up the Mountain. Once out of town, there are no posted speed limits. Suffice it to say, Mad Sunday has earned its name.

Aside from the racing, and the riding, and the camaraderie, there are bike shows, air shows, fairs, mini-festivals and music. In short, for anybody who loves fast motorcycles, it’s two weeks in heaven.

The Isle of Man TT is an anomaly even among motorcycle races. It is a dinosaur in the age of purpose-built circuits with vast sand traps and airfence. The men and women who race there each year make the rest of us look quite pedestrian, even as we tread well outside the paths of polite society. For them, and for us, let’s hope that it ever continues in all of its terrifying beauty, so long as there are throttles to twist and corners to carve.